Knowing the life of Kenneth Clark is a must, as it allows you to understand the fundamental role of social psychology has in human culture and your community. 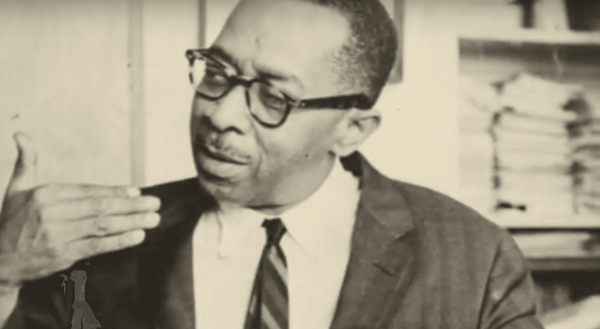 Kenneth Clark published a report in 1950 about his research on racial discrimination against children in American schools. This document exposed the psychological effects produced by the racial segregation advocated by the Jim Crow laws and, in addition, promoted its abolition in 1954.

Clark made a large number of contributions to both social and experimental psychology and to society in general. He did this with the help of his wife Mamie Phipps Clark, also a psychologist. In addition, the world recognizes him for his research on Afro-descendant culture. Also, for being the first African-American president of the American Psychological Association (APA). Undoubtedly, he was a man who believed in and fought for radical changes in society.

The life of Kenneth Clark

He was born in the Panama Canal in 1914 and died in 2005 in New York. At an early age, he moved with his family to New York and studied at Howard University. He received his Ph.D. in Psychology from Columbia University and specialized in experimental psychology. Additionally, he was the first African American tenured professor at the City College of New York.

Kenneth Clark married American social psychologist Mamie Phipps Clark, with whom he worked on self-awareness in African American preschool children. They later moved to Harlem, where Clark earned his doctorate in psychology from Columbia University.

In addition, he worked alongside Ralph Bunche, one of his teachers and Nobel Peace Prize winner, on a study on race relations. The findings, published as An American Dilemma in 1944, became mandatory reading at many colleges and universities in the United States. Also, he founded the Northside Center for Child Development in 1946.

Shortly thereafter, Kenneth Clark wrote his report on the effects of racial segregation on children that sparked the interest of Judge Robert Carter. Thus, he used it as part of the arguments that led to the abolition of the Jim Crow laws by the Supreme Court of the United States. “The court saw the matter clearly… A racist system inevitably destroys and damages human beings. It mistreats and dehumanizes both blacks and whites,” said Supreme Court Chief Justice Earl Warren.

Later, Kenneth Clark became a government and private agency and the first African-American member of the New York State Board of Regents. In addition, he founded the Harlem Youth Opportunities Unlimited and Kenneth B. Clark & ​​Associates, a consulting firm on racial issues.

The work of Kenneth Clark

It’s difficult to differentiate between Kenneth Clark’s personal and professional life. He dedicated his time, effort, and knowledge to the fight for change and improvement of the living conditions of the African American community in the United States of America.

He wrote many books and articles about the condition of African Americans as a result of segregation. His most important works were Prejudice and Your Son, A Possible Reality and Dark Ghetto: Dilemmas of Social Power. He later was tenured as a professor at City College of New York, where he taught psychology. At the same time, he worked pro-bono with his wife Mammie Phipps at the Northside Child Development Center, treating children with personality disorders.

“Children who are treated as if they are uneducable almost invariably become uneducable.”

An example of struggle and improvement

Despite the fact that the ruling of the Supreme Court of the United States represented a radical change regarding racial segregation, the real changes were slow to arrive and the prejudices continued. Additionally, Kenneth Clark became a front-line academic activist. He chaired education boards to ensure the integration of African American children in schools.

The right knowledge and the best causes can move mountains and knock down walls that once seemed insurmountable. Clark never gave up on his fight until the day he died in 2005. He was a living example of the importance of social psychology in daily life.

Martin Luther King Jr. and His Quest for Civil Rights
Martin Luther King Jr. was an inspiring man who embodied one of those humans that only come by once in a lifetime and represent the best of human beings. Read more »
Link copied!
Interesting Articles
Biographies
Elliot Aronson - Biography of a Brilliant Social Psychologist