Kantian Ethics and the Categorical Imperative

In this very interesting article, learn all about Kantian ethics. 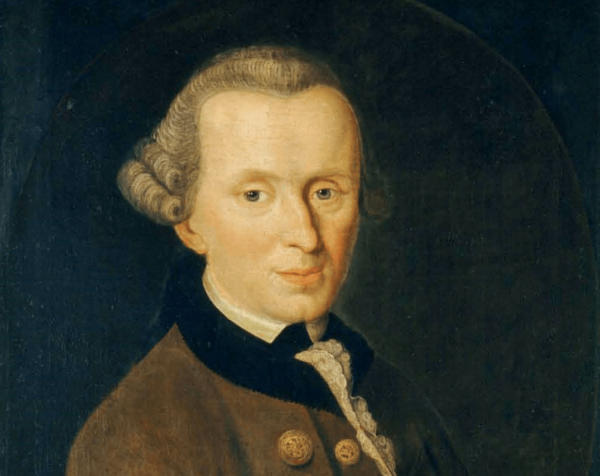 Kantian ethics are part of the history of philosophy and, thus, revolutions in terms of knowledge, morals, politics, and economics. In it, some figures are equally admired and hated. Immanuel Kant, for example, who was a philosopher from Königsberg.

There are many anecdotes about him. Some say he adhered to his schedule. In fact, local housewives used his 5:00 p.m. walk as a reference to set their clocks. Biographers also highlight his lack of ambition on a personal level and his love for his country. They also highlight his interest in cultivating relationships that intellectually stimulated him.

In short, Kant loved physics and science in general. He was austere and a rather charismatic teacher. So much so that many students enrolled in Königsberg just to attend his lectures. He loved knowledge and knew how to plant the seed of that very same love in his students.

Immanuel grew up in a religious environment and lost his mother when he was very young. His mother taught him to look at the stars and name them before she died. This is a memory Kant fondly describes in his Critique of Practical Reason. The education he received was weighed down by marked religiosity, authoritarianism, dogmatism, and oppression, as these were the norm in his social environment.

“One who makes himself a worm cannot complain afterwards if people step on him.”

Kant’s Copernican Revolution, written by Joan Solé, refers to the relationship between Kant and Hume, taking the film The Kid by Charles Chaplin as an analogy. In the film, a boy is in charge of throwing a glass at different windows so that a sidekick glazier passes by and sell his services.

Well, Hume was the child, destroying a good part of the theory of knowledge established up to that moment. As for the glazier, “Kant found the shattered glass and offered to repair it, putting in its place a frosted glass […]” so that philosophers were aware they saw the world through the translucent glass. Thus, the revolution proposed by Kant in terms of knowledge was to highlight an idea psychology bases many of its current interventions in various areas on. In other words, that our ideas are far from being a true image of the world.

For Kant, philosophy would have been able to come out of Plato’s cave. However, following Hume, that didn’t mean there were enough tools to access the world as it is (noumenon).

In turn, it overcomes the relativism that empiricists rush into. “Kant preserves the impression of sensible perceptions registered by intuition, but includes forms and schemes not given by sensitivity, but set by the subject”.

The categorical imperative, the foundation of Kantian ethics

Kant understood ethics as an expression of human rationality. A curious reader who wants to go to his original exhibition can find it in Critique of Practical Reason and Groundwork of the Metaphysics of Morals. These are works you can digest at your leisure after reading this article. Similarly, the categorical imperative represents the coming of age of ethics, just as Enlightenment was for knowledge.

Kant’s ethics are powerful because they transcend circumstances, individualities, and conditionalities. Also, these ethics don’t exhaust the freedom of a given person. Rather, they’re a voucher, because they acquire meaning precisely within this freedom. Finally, Kant’s ethics stand out for being an end in themselves and aren’t subjected to happiness, love, or pleasure. In other words, they aren’t a means to feel better about oneself.

You need to make a big effort to follow Kant’s ethics, both formal and universal. They don’t come naturally to humans. Therefore, your commitment to them is a duty, an obligation, and an imperative.

“Act as if the maxims of your action were to become through your will a universal law of nature.” In other words, your way of passing will meet the requirements of Kant’s ethics when it satisfies the desire for everyone to act in the same way. This is Kant’s Copernican twist: ethics don’t exist as a product of freedom, lack of morality, or the existence of God. Instead, they justify the existence of the rest of the elements.

Kantian ethics are far from being the rule. Power, or the pursuit of power, the fear of uncertainty, and the need for security seem to be powerful motivations. Al least stronger than acting with the honest intention that your ethical actions become universal.

For instance, you may welcome visitors if they bring money to spend and seek peace only if it’s more expensive than war. Also, you may bet on the truth but only because it’s more profitable than a lie. Although Kant died two hundred years ago, people haven’t even begun to understand his message.

The Moral Brain: The Neuronal Basis for Ethics and Human Values
Neuroscientists have discovered the brain circuits that make up the moral brain and explain why we carry out altruistic and prosocial behavior. Read more »
Link copied!
Interesting Articles
Philosophy and Psychology
Anthony de Mello: Biography of a Spiritual Mentor

Several approaches strive to understand the rules that govern human thought and action. Structuralism is one of the most significant…

Philosophy and Psychology
Absurdism According to Albert Camus

It's commonly believed that philosophy is devoted to answering questions such as "What's life?", "What's the meaning of life?", "Why…