Inception: How Traumas Sneak into our Brains 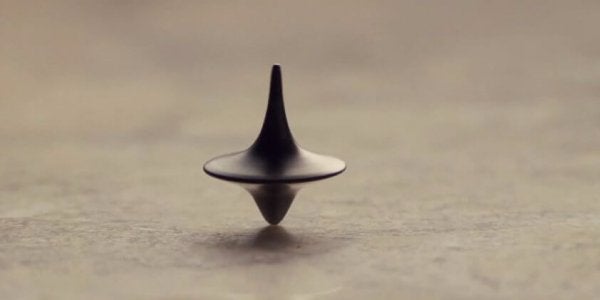 Inception is an American science-fiction movie from 2010. It was written, produced, and directed by Christopher Nolan, a British filmmaker known for the psychological themes in his movies. Inception brings us into the world of dreams, the subconscious, and the way traumas project into it. The movie was successful in the box office and had people all over the world arguing about the ending.

Dom Cobb (Leonardo DiCaprio) is a dream specialist who knows how to extract thoughts from people while they’re dreaming. It’s not exactly like entering their dream, though. Instead, what he does is create a shared dream, and carries out a plan during that dream. There’s a whole team involved: a dreamer, an architect–who designs the dream–and the person whose subconscious mind they’re trying to extract information from.

There are also other people that show up in the dream. But they’re nothing more than subconscious projections from the person whose mind they’re trying to access. These projections try to defend themselves from the changes they’re seeing, and sometimes they turn violent. This happens especially with people who have trained themselves not to let other people enter their minds. Christopher Nolan didn’t take his inspiration from any specific theory, and there’s no line of research he’s following. Instead, he took inspiration from multiple theories, and created his own dream logic.

The implanting of ideas

On top of getting information from someone’s subconscious, Dom Cobb also knows how to implant an idea into it. This is what they call “inception” in the movie. This practice is much riskier, and its consequences include things like insanity or an obsession with the person in question. The problem is that to do it properly, they have to go through three different levels of the dream. This person has to believe the idea came from them–they must never suspect someone implanted it.

The movie shows us how these dreams are all fake, they’re all pre-made. Inception doesn’t dig into the nature of dreams themselves, because the dreams exist for a specific purpose. This time, Dom Cobb and his associates have to implant an idea in the mind of the heir to a corporate empire, to help their competitor get a leg up. Inception is definitely a thriller, taking us into the world of dreams with an action-packed plot.

The structure of the dreams in Inception

Inception takes you through several induced dreams that Cobb and his team enter to get something. There are three ways to get out of the dreams: when they end, which means you wake up; dying in the dream, but not in reality, which will also wake you up; and lastly, the kick, which is basically the moment when you feel like you’re falling and you wake up. In Inception, the kicks are always synchronized, and the same song always plays: “Non, je ne regrette rien.”

There are multiple dream levels in the movie, all nested within each other. To get to the original, you have to go through three different dream spaces, reach the person’s subconscious, and implant the idea. To reach those levels, they need a strong sedative that will put their target in a deep sleep. The main problem is that, when they’re sleeping that deeply not even death will wake them up. In this case, they go to a dream space known as limbo instead.

Time goes by very slowly in limbo. In fact, it’s so slow that it feels neverending, infinite to the person in it. Time in our dreams isn’t the same as time when we’re awake–10 minutes in real life might feel like hours in a dream. When you dream, you experience everything as if it were real. In this movie, you see that pain lives in our minds, and that everything we feel in dreams seems real. If you’re injured in a dream, the pain will be real in the dream. If you’re in a neverending limbo, you’ll really feel like you’ve been there forever.

They’re supposed to avoid dying in the dream because even though it’s not a real death, they’ll go on to a new dream level where they think they’ve lived a whole life. The structure of the dreams in Inception is a lot like a Russian nesting doll. So, the deeper the dream level you’re in, the longer it will feel like. In real time, they’re asleep for 10 hours. They spend a week on the first dream level. On the second, they spend six months. Lastly, on the third level, they spend ten years. The idea behind this structure has some echoes of Lacan and Sausurre. They’re both writers who put forth linguistic theories that said dreams are like subordinate clauses. In other words, they nest inside each other.

To stop themselves from falling into insanity and make sure they always know whether they’re dreaming or not, Cobb and his team have a totem. It’s a personal, nontransferable object that they know every single detail of: weight, texture, color… They use this totem to determine whether or not they’re dreaming, because it can undergo changes during the dream. For example, its weight might change, or the way it falls onto the ground, etc. It’s vital that only that one person knows its every characteristic, so that no one can tamper with their mind in the dream. And of course, to always have a way to check whether or not they’re awake.

The projection of trauma in Inception

The word trauma comes from Greek, and means wound. That’s why we talk about traumas as emotional wounds that have left a mark on someone. On top of that, Traum is the German word for dream. Freud was one of the first people to investigate how traumas manifested themselves in our subconscious. According to him, we access our unconscious through dreams where our traumas are disguised or blocked.

Taking that idea farther, these traumas would have some kind of symbolic representation in our dreams. In other words, you have to interpret them through their disguise. In Nolan’s movie, those kinds of symbols don’t exist. The unconscious defends itself from possible intruders, but it’s not a place full of “disguised” traumas. Here, it’s a place where people protect their ideas and the projections attack intruders. To talk more about the movie, I’m going to have to give some spoilers, so you should probably stop reading now if you haven’t seen it.

These projections tend to be people that they know. In Cobb’s case, his deceased wife constantly appears in his dreams and sabotages his plans. This projection isn’t just his image of his wife, it’s also a reflection of himself. Cobb has conflicting feelings about her death. He feels guilty, sad, frustrated. He may be able to hide that in real life, but not in his unconscious. So it’s no surprise that his wife appears even in these pre-made dreams.

At this point, Nolan moves more into the Jungian side of things. All these projections from the unconscious come from Cobb’s ego, from himself. He doesn’t just see his wife, he also sees all his guilt about her death. Jungian ideas also come into play with the labyrinths in the movie, because part of Jung’s theory was that the structure of a dream is very similar to the structure of a labyrinth.

Dreams were once seen as a mystical part of life. Later people found rational explanations that have lead to a lot of different theories. In Inception, Nolan takes bits from all of them and expresses his own vision of what dreams are.

“You create the world of the dream. We bring the subject into that dream, and they fill it with their subconscious.“