Imre Kertész: The Biography of a Survivor

A lot of Imre Kertész's work is based on his own experience as an imprisoned teenager in the Auschwitz concentration camp and his experiences during the totalitarianism regime in his native country, Hungary. Imre Kertész is a survivor. 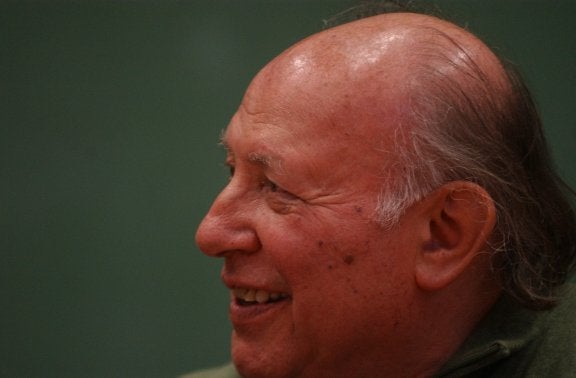 Imre Kertész was a prominent Hungarian citizen. In fact, he’s the only Hungarian who has received a Nobel Prize. However, his country didn’t recognize nor support his talent. Actually, Hungary was a heavy burden for this impressive writer who turned his misfortune into a literary masterpiece.

Imre Kertész became famous due to his book Fatelessness, considered the most important literary work about the Nazi Holocaust. After it was translated into at least 20 languages, in 2005 Hungarian director Lajos Koltai took the book to the big screen. Kertész himself wrote the script. It should be mentioned that Kertész didn’t want to call this genocide a holocaust, because he considered that this was a way of romanticizing it instead of denouncing it.

Imre Kertész’s work goes far beyond denouncing the atrocities that marked a before and after in the world. His work intends to show that World War II was a foreseeable event. And he achieved this with his entertaining, ironic, and moving prose. His real life, however, is equally or even more shocking than his own novel.

This author lived through a lot of painful experiences. He was born on November 9, 1929, in Budapest, Hungary to a family of well off non-practicing Jews. His parents separated and, when he was 5 years old, he was sent to boarding school.

In 1940, Imre Kertész started high school, right when World War II was beginning to brew. Antisemitism already controlled important sectors in Europe. Thus, young Kertész was segregated into classes for Jews only. He was forced to experience discrimination during his first years of high school.

In 1944, he was sent to Auschwitz concentration camp. He was only 14 years old at the time. The Nazis forced the younger Jews to make a long line before categorizing them. Imre Kertész spoke some German, so he understood that the soldiers were saying that he could be 16 years old. When the soldiers asked him his age, he told them he was 16. That little lie, the impulse that led him to deceive the soldiers, turned out to be a lifesaver. This is because all minors under that age were sent to die in the gas chamber.

Between 1944 and 1945, Imre Kertész spent time in both Auschwitz and Buchenwald concentration camps. He was released after the triumph of the Allies. The most disconcerting part of his experience is that he became a prisoner of a concentration camp even though he didn’t practice Judaism. After his release, he returned to his homeland but didn’t find any of his relatives alive.

Sometime later, he started working as a journalist and finished high school. However, he lost his job and had to work in a factory for several years. Stalinism took over Hungary and, once again, Imre was discriminated against. He was a “bourgeois” due to his family’s wealthy background. For that reason, the regime suspected and was wary of him. Then, he started working as a translator.

Kertész also wrote scripts for comedies, commercials, and other minor things. In 1975, he published his great novel Fatelessness. For 20 years, Kertész lived in a 269 square feet apartment and wrote in a tiny corner of his kitchen. Sometimes, he also wrote at a café he frequented.

Around the nineties, German publishers appreciated his work. Then, he started to become famous after winning several international awards. After the fall of the communist regime in Hungary, Imre Kertész became more prolific and led a more comfortable life. In 2002, he was awarded the Nobel Prize in Literature, something that partially compensated for his suffering. Many years later, on March 31, 2016, he died in Budapest.

A little lie saved and changed Imre Kertész’s life. This shows that, in just a small instant, anyone’s life can take a totally unexpected turn.

We’re amazed to learn how some Holocaust survivors managed to survive when we hear their stories. Imre Kertész not only survived it, but he also faced difficulties under a subsequent, different regime. He was always judged and tried due to his origins, regardless of who was in power. He also had to overcome his failure as a writer when he first started. However, Kertész never gave up and put to good use the most powerful weapon he had: his words.

Persepolis: The Other Truth
Persepolis artfully shows the danger of ideas, the pain of repression, and the ups and downs of revolution from an innocent girl's perspective. Read more »
Link copied!
Interesting Articles
Culture
Performance Anxiety with Sexual Dysfunctions

There are a lot of psychological factors that might stop someone from being able to engage in normal sexual activity.…

Culture
Asian Wisdom: the Depths and the Background