During the first half of the twentieth-century, studies were conducted with cats in the region of their posterior hypothalamus. It was discovered that, if this region was destroyed and its connections severed, aggressive behavior disappeared. 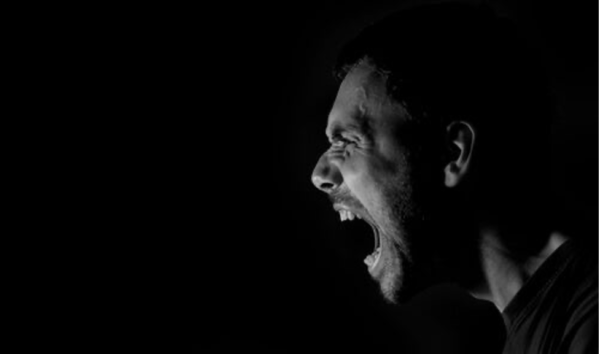 Aggression is a complex and heterogeneous construct. There are basically two types of aggression: premeditated (predatory instrumental) and impulsive (affective and reactive). This article describes the neurobiology of impulsive aggression.

The author Stahl states that impulsive aggression may reflect “Emotional hypersensitivity and exaggerated threat perception. This may be linked to an imbalance between top-down cortical inhibitor controls and bottom-up limbic impulses”.

During the first half of the twentieth-century, scientists conducted studies on cats. They particularly studied the region of the posterior hypothalamus. They discovered that destroying this region also “destroyed” aggressive rage behavior. Instead, a phenomenon known as sham rage, that doesn’t appear to be related to real anger, occurred. Sham rage isn’t actually directed towards the stimulus that triggered it. Actually, the stimulation of the posterior hypothalamus causes this behavior.

Studies that were conducted on the neurobiological basis of aggression in cats concluded that there are two types:

The brain controls this type of attack from the lateral hypothalamus. Regions of the brain trunk, such as the ventrolateral periaqueductal gray matter, amongst others, also play a role. In addition, the lateral hypothalamus receives excitatory information from the central and lateral amygdala. It also receives inhibitory information from the medial amygdala. In this investigation, the experts discovered that both circuits inhibit each other. Therefore, if a cat makes a predatory attack, it can’t, at the same time, make an affective attack.

Haller (2014) states that the mechanisms in the hypothalamus, periaqueductal gray matter, and other centers, such as the amygdala, can function similarly in humans. However, in humans, a psychological dimension is present and the prefrontal cortex is also involved.

The limbic structures (amygdala, hippocampal formation, septal area, prefrontal cortex, and cingulate gyrus) strongly modulate aggression. They do this via their connections to the medial and lateral hypothalamus.

The amygdala’s role in impulsive aggression

It seems clear that aggressive behavior involves the amygdala. For example, researchers conducted several studies of psychopathic individuals. These individuals had less gray amygdala substance. However, other studies contradict this. What does seem certain, though, is that the amygdala does play a part in aggression. But what isn’t clear is whether the amygdala increases or decreases in size when aggression occurs.

As for the activation of the amygdala, studies have been conducted with psychopaths. They demonstrate lower levels of activity in the amygdala when they look at violent images.

The prefrontal cortex in the neurobiology of impulsive aggression

Impulsive killers had less prefrontal activity. However, they had increased subcortical activity in the temporal lobe (containing the amygdala) compared to the control group subjects.

Predatory killers had prefrontal activity similar to that of the control subjects but they had excessive subcortical activity.

As a minimum, it seems that violence causes strange functional activity in the prefrontal cortex.

The Psychology of Aggressive Behavior
You see aggressive behavior everywhere. It is, in one way or another, part of your surroundings. You see it on the news, on the street, in social media. Read more »
Link copied!
Interesting Articles
Brain
Brodmann Areas: Characteristics and Functions