The Illusion of Truth: Believing Something is True When it's Not 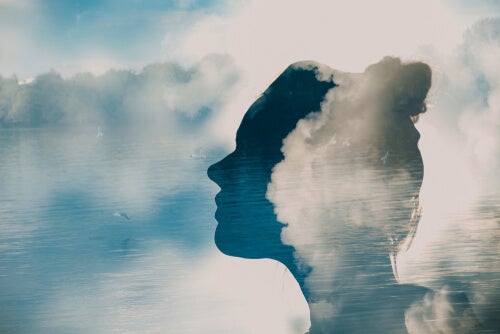 The illusion of truth is a mechanism by which one comes to believe something is true when it’s not. In fact, they don’t just believe it; they also defend it as true. Also, they close themselves off to the possibility that it might be false.

The illusion of truth, also called the illusory truth effect, occurs because there’s a flaw in the processing of reality. As humans, we have the tendency to say that familiar things are true.

In 1977, a study was done on it. A group of volunteers was presented with 60 statements. Researchers asked them to say if they were true or false. The same exercise was repeated later. The researchers noticed that these people deemed the statements they had already read before as true, regardless of how reasonable they were.

“A lie would have no sense unless the truth were felt dangerous.”
-Alfred Adler-

The illusion of truth and implicit memory

It seems this mechanism functions because of “implicit memory.” In the previous experiment, the participants deemed statements they had already seen before as true — despite the fact that they had been clearly told these were false. Simply put, if the statements seemed “familiar,” they also seemed true.

Illusory truth happens without involving explicit and conscious memory. It’s a direct result of implicit memory, a type of memory that uses previous experiences to perform tasks. This is a strategy the mind uses to save energy.

Implicit memory is present, for example, when you tie your shoes. At first, you learn how to do it. Later, you perform this task mechanically, automatically. If you have to tie something other than your shoes, you’ll probably use the same technique, even if it’s not the best one for the job. In other words, you tend to create models in order to apply them to different situations.

This mental strategy is also applied to more abstract realities, such as ideas. This leads to the illusory truth effect. It means that you’re more likely to believe an idea or a way of thinking if it seems familiar and coincides with previous experiences. Here lies the risk of making ill-advised decisions.

The illusion of truth and manipulation

The illusion of truth has a lot of problematic effects. Like the old Nazi saying goes, “If you repeat a lie often enough, it becomes the truth.” A statement that is repeated, even if it’s false, tends to be perceived as true. Most people aren’t interested enough or have the resources to verify whether something is truthful or not.

Actually, the illusory truth effect is a shortcut the mind takes in order to avoid putting in more effort than necessary. If we subjected everything we thought and did to analysis, we’d be exhausted in less than an hour.

Why is it better to be awake during the day instead of at night? Should we have breakfast or not eat anything at the beginning of the day? What we eat for breakfast, is it good or do we only eat it out of habit?

It’s impossible to evaluate everything in search of the truth. That’s why the human brain helps you and simply organizes information based on what you’ve learned. It’s a strategy to help you out in life.

An important aspect of the illusory truth effect is that no matter how strong it may be, it doesn’t nullify logical reasoning. This means that you can always perform mental processes that will allow you to understand what is true or false.

It also means that the power of manipulation over the mind is limited. It only traps you in the illusion when you decide to not apply your highest faculties of reasoning. If you decide to use them, the effect is diluted.

As you can see, it would be interesting to question the most important aspects of reality. You should ask yourself why you believe the things you do. Do you think that something is true simply because you’ve heard it many times? Or is it true because you have sufficient evidence to believe it so?

If You Tell a Lie a Thousand Times, Does it Become the Truth?
The subject of truth and lies is more complex than it might seem at first. What people believe is the truth depends on many factors. Read more »
Link copied!
Interesting Articles
Psychology
DISC Tool: What Does Wonder Woman Have to Do with the Study of Personality?

Psychology
You Can't Change Anyone But Yourself