How Can You Help the Teens in Your Life? 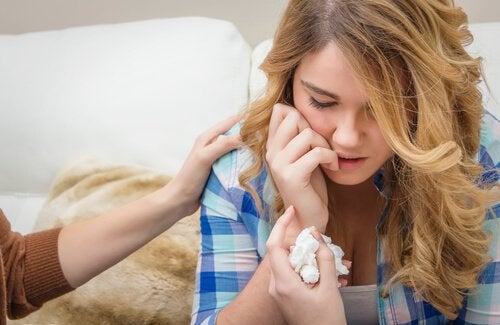 Sometimes you look back at your adolescence and think “if only I had known this then…” But this article isn’t about what you could have done in your teen years if you had known then what you know now. There are some lessons that you only learn with time and by making mistakes.

There’s no doubt that adolescence is a complicated time because of all the changes that teens go through. It is difficult for teens themselves as well as their families. But let’s be honest — behind every unbearable teenager, aren’t there usually some confused parents as well?

In many cases, the things we can’t stand about our adolescent children are the same things that our teens dislike about us. Within this difficult dynamic, sometimes parents forget to explain certain important ideas. Here is the formula for a high risk adolescence and some key strategies to help teenagers.

You can’t make the journey for them, but you can prepare them for the journey

In spite of the difficulties and obligations of your role as a parent, they are responsibilities that you can’t reject, or at least without your child paying the price. So, if there are communication problems, you are the one who will have to take the first step in solving them. That’s true even if you probably aren’t the one to cause the problems in the first place. You will probably have to take the first step, as well as the second and the third.

This movement only happens when you accept the problem. It might be difficult to consider acceptance. You might be afraid because once you accept it, there is no instruction manual. Nevertheless, remember that it’s never too late to help a teen. It’s never too late to make some changes. Anytime is a good time to remember that love for our children is more important than anything else, including self-love.

The more your teen knows about the challenges they will face during adolescence, the more enriching the experience will be. It will help them face the future, and make them less likely to make costly mistakes. It is healthy to experiment in any stage of life, but we should never forget that each one of our actions has consequences.

You don’t have to make the journey for your child, nor do you have to hold their hand. Your responsibility is to give advice and encourage dialogue. You should focus on getting to know your teen’s point of view.

It is important to recognize and validate your teen’s opinion. Of course, helping any teen is a gradual process. If you try to speed up the process, there might be disastrous consequences. The same is true if you are paralyzed by your fear of what might happen.

Often, teens are like Little Red Riding Hood. They will do or try to do whatever they feel like doing. The “because I say so” argument will only aggravate the tension. From this moment on, they won’t ask us for opinions anymore when they make decisions. Or, if they do ask for an opinion, they won’t take it as law. That’s why it’s so important to teach them to decide and be sure of themselves.

Knowledge that changes a teen’s outlook

Teens have access to a lot of information. However, we do need to talk about important subjects. Mostly it’s to learn their point of view and be able to identify and discuss any questions and misunderstandings.

Still, there are things we can teach them. Passing lessons on will help the teens in your life avoid a lot of suffering. Maybe it will lessen the sensation that most of us experience during adolescence of feeling completely misunderstood.

How does the adolescent brain work?

The subject of how the teenage brain works is complex and far-reaching. As a result, it isn’t a particularly tempting subject to delve into. That being said, if we want to help teens during this difficult stage, it is important to understand how they think. Also, how the way they reason can get them into trouble.

According to neuroscientists, the adolescent brain has problems accurately calculating risk that can derive from certain behavior. That is because teens lack experience and their pre-frontal cortex is not fully developed.

When an adolescent understands how their brain development affects their decisions, they’re more likely to make prudent ones. Teaching adolescents how their brains work can help them be more intelligent. It encourages them to use their awareness and will to whittle down the risks unique to this stage of life.

The importance of being yourself

In adolescence, teens need the freedom to be themselves. Young people want us parents to love and accept them. They want others to see and recognize and validate them. They want all these things, but they are also scared.

The problem is that many think that they have to meet the ideals that other people have for them if they want to become independent. This is especially true when it comes to parental expectations.

On the other hand, many young people are terrified at the idea of being rejected if they reveal their true identity. So they act in a way that they believe fits in best with their surroundings. Their actions are dictated by what they think will please other people.

The first step to helping a teen be who they really are is to allow them to be themselves with the family. This is key if you want them to be able to stand up for their own values and ideas.

First, it’s worth mentioning that anger and sadness are emotions. As such, they are perfectly acceptable. It isn’t bad to be sad; it isn’t bad to be angry. There are many reasons to try to control emotional expression, but there is never a good reason to repress emotions.

The problem is that many teens (and adults) don’t know how to properly manage their negative emotions. But that is not an excuse. In fact, parents can evaluate how capable they are of managing their own emotions by observing their teen’s behavior.

The bad news is that they learn from us. Teens tend to reproduce negative patterns. These are things we hate in other people and struggle to see in ourselves. The good thing is that we can see this behavior early on in them, giving us plenty of time to do something about it.

The other good news is that it’s never too late to change. In fact, you can model three important lessons for your child:

Accepting their range of emotions

Many teens try to bottle in their emotions when they see the problems they cause. Some do it by giving in to a disorganized, apathetic, dull life. Others seek refuge in drug and alcohol consumption.

Sex is another avoidance technique for many teens. They participate in it casually, with no feelings or commitment. What matters is the “consumption” itself. Others prefer isolation so they don’t have to expose themselves to suffering.

What teens need to learn, then, is to recognize, accept, and express their full range of emotions. In adolescence, teens might experience new emotions and sensations. Sometimes they are intense enough that they are scary. If we manage to earn their trust, we can help our teens in these tricky times.

The present is even more important than the future

People are constantly asking — or pressuring — teens about the future. Many adolescents deal with it by misinterpreting the romantic idea of “carpe diem.” Others face it by sacrificing their youth. They try to achieve goals set by others at the expense of their best years. They focus on the future that others are constantly reminding them of.

It is good to think about the future, but life isn’t about just work and studying. You can’t find everything that is worthwhile in a book (as wonderful as books are.) If you truly want to help a teen, teach them about the sacrifice that certain goals require. Help them learn from your experience. That way they will have a better sense of what is important in the present.

It’s important for teens to have time for everything. They need time for their education, friends, exercise, and personal development activities. Teens should “be present” in their everyday lives.

It will allow them to get to know themselves and make their own decisions. It means they can behave consistently with the personalities, aspirations, and values they’re gradually developing.

Adolescence isn’t an illness, it is an opportunity

The majority of parents are afraid of the teenage years. They treat it like a sickness that has no cure. However, seeing it from another perspective is good for both parents and teens. We should see adolescence as an opportunity for all involved.

It is an opportunity to explore a whole new phase in life and to face new challenges. These new challenges can actually be good for all involved. A challenging stage doesn’t have to be painful, or sad, or tragic. In fact, it can be a beautiful time of life.

Parents can make that happen. They still have a lot to say and offer to their teens. Of course, sometimes their advice won’t be welcome, but that’s normal. Helping a teen during the complicated time of adolescence is possible!

Culture
Pablo Neruda and Keeping Quiet: The Art of Connecting With Kindness

"Keeping Quiet," by Pablo Neruda, might be one of the most beautiful poems ever written. In it, he encourages us to…

Culture
What's Stopping Us From Achieving Our Resolutions?