Hopefully One Day Education Awakens the Same Passion as Soccer 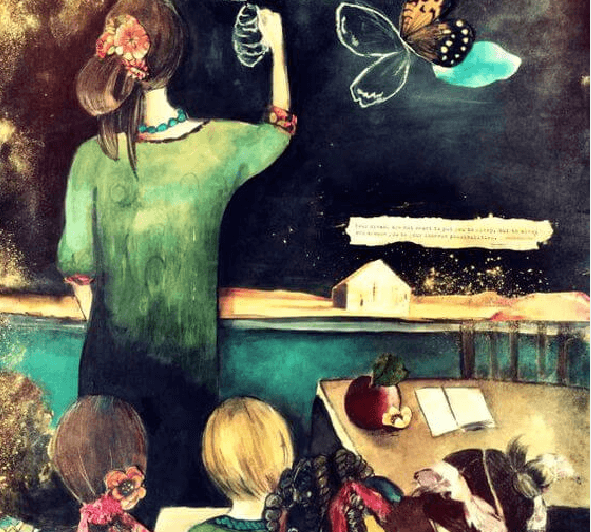 I hope someday education awakens the same passion as soccer. I hope it becomes so relevant and special that our children and youngsters will be able to enjoy a high quality education. An education in which discoveries awaken the same emotion as a goal or a basket at the last second.

I wish we could relieve teachers. That their profession was regarded and well paid. I wish we could see our children’s true potential. I wish governments would supply our teachers with the best resources possible. This way, they could teach in a more individualized manner, welcoming and highlighting strengths within each of their pupils.

I wish that a teenager who asks questions and shows a passion for books would awaken the same hopes in their parents and in society as a star athlete. I wish newspaper articles highlighting new scientific discoveries would be as anticipated and collected as the ones with headlines about “the big game”.

As we read and think about these wishes, there are thousands of children who have nothing to eat. Who look for a clean spot on the ground to sit and read their borrowed or inherited book. Who look at their notebook and don’t know what has happened. Thousands of kids who get frustrated at math, thousands of analyses they don’t understand, wars they don’t know. Wars, prejudice and beliefs that they ignore thanks to their desire to move forward, to survive.

A significant number of the educational systems of the world are inadequate due to their insufficiency. They limit study time to school hours and don’t base their strategies on the children’s knowledge in order to boost or promote it.  Although the means are different, a bad education is present as much in poor countries as it is in more developed countries.

This is an old-hat concept within the field of health. Emergency rooms are emptier on big game days and during important competitions. It is a very interesting phenomenon that provokes certain reflection about our passions.

In Spain, several studies have been conducted on this fact, and the conclusion drawn is that there are at least 35% fewer patients who come into the emergency room. The percentage is even higher (45%) if we consider the influx of people who come in for minor or less significant ailments. The difference is significant and it invites us to question our habits.

These habits are reflected in the following question: what do we ask our kids practically from the second they manage to articulate their first word? “What team are you for?” We usually don’t even bother wondering if they are interested in soccer. We “force” them to have an answer, to set a goal for themselves.

Education is the foundation of society

The secret to the success behind Finnish education is that their actions are characterized by achieving regard for teachers. Teachers who have been carefully selected and who are offered means and resources so they may become marvelous instructors.

Education should instruct each child based on their individual potential. Ensuring that each person can eventually achieve self-improvement. Not creating general topics that don’t allow for adapting. Ones that only give way to frustration, boredom, disastrous grades and losses for society, the species as a whole and the planet itself that are difficult to quantify.

The best educational system is one that makes its students go further and achieve better results, individualizing and bending the curriculum it promotes. That is to say, making an educational promise come true which is based on the skill and potential.

This doesn’t mean that we should stop getting them excited about sports. It would be stubborn of us to not understand that, beyond its playful component, sports are a source of values. A good team wouldn’t be good if its members didn’t understand the importance of cooperation. If they didn’t put into practice the gestalt principle that a whole is much more valuable that the sum of its parts.

It is a miracle that education survived our educational system

Education is nowadays deficient throughout the whole world. Einstein affirmed that it is a miracle that human curiosity has survived formal education.

We agree that something is lacking, and this is not a new or recent problem. Otherwise, why does a 4-year-old ask over 100 questions a day but a 10-year-old only cares about the answers to a test? It’s an easy question to answer. As a society, we are cutting off our children’s wings. And this doesn’t only occur within schools.

A child should be taught in a way in which he is capable of learning, a path dictated and formed by his own abilities and skills. Because, at the end of the day, it is mainly about noticing that our true right is not to be equal, but to be different and treated as such, starting with our education.

Culture
The Bizarre Days of the Black Death

One day, a contaminated cargo arrived in a port city of 100.000 inhabitants and of big commercial importance. In less…

Self-transcendence is a concept that's closely related to spirituality. It's considered a very complex characteristic of human personality and each…

Literature and Psychology
7 Benefits of Reading every Day

Now more than ever, books are accessible and even cheap. There are different formats (hardcover, paperback, mass market, digital) that…

Stories and Reflections
The Myth of Hera, The Matron Goddess of Mount Olympus

The myth of Hera gives life to one of the most classical, yet flawed facets of the female character, as…

Interesting Articles
Psychology
Why Do People Harm Themselves?