Is Getting Up Early the Worst Mistake We Make Each Day? 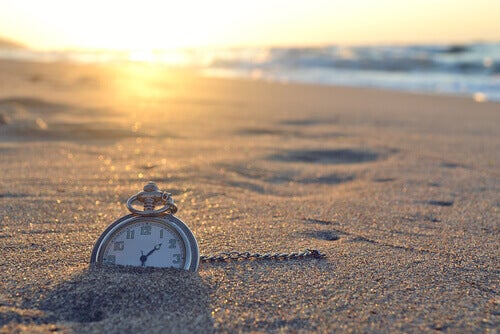 How many times have you heard the saying “the early bird gets the worm”? A popular saying that our parents often used to wake us up in the morning to send us off to school and make us see that getting up early was a good idea Even Miguel de Cervantes maintained that, “he who does not get up with the sun does not enjoy the day.”

However, now after years of suffering from early mornings or putting up with our conscience torturing us for not doing it, it turns out that getting up early is not as good as we have been made to believe. So maybe those who say, “The early bird does not always catch the worm” have won that battle of popular sayings.

In the last few decades, most European societies have defended the use of the sun and daylight to work and take advantage of the working day. Nevertheless, a study was conducted showing that getting up early can be harmful to our body and mind.

Why it is not good to get up early

Researchers at the University of Westminster in England conducted this study. In it, they hypothesized that getting up too early is in no way positive and that it can even shorten our lifespan. Doctor Angela Clow led the study of 42 volunteers over a few weeks’ time. Saliva samples were taken 8 times per day, one of these times being right after getting up in the morning.

Using the data obtained, it was shown that people who get up too early have a greater tendency to suffer from headaches. Moreover, they also suffer more muscular problems and there are signs they have an increased tendency to have bad moods.

For this reason, the key time that the study establishes is 7:21 in the morning. People who regularly get up before this time show higher levels of cortisol. This is the hormone that promotes the stress.

Other data from the study

Nevertheless, someone may argue that so long as they sleep 8 hours, it doesn’t matter what time they get up. This is not the case, as the study shows that with the same amount of sleep, the early-risers are more inclined to stress and even to anger.

However, those people who get up a bit later than the time indicated above show signs of a better quality of social relationships. In the most intimate of environments, as well, they find themselves particularly comfortable.

There is a positive piece of data for those who prefer to get up earlier, though. According to Dr. Clow’s study, people who wake up before the key time show a better ability to concentrate.

“The good thing about dying is that you don’t have to get up early anymore.”

How to reduce stress

So then, if you are one of those people who is often forced to get up early for work or family reasons, you have to reduce your stress levels. Remember that stress is great epidemic in highly industrialized societies. Far from being purely mental, it can be externalized and cause serious physical problems. This is why it is necessary to adopt healthy habits that can help reduce it:

Remember, getting up early isn’t always a good idea. The important thing is for you to know your body and within the wiggle room that your life obligations allow you, to find the best schedule to feel good. Excesses, even of sleep, are practically always negative. In this case and in many others, common sense, discipline, small pleasures, and information are the best weapons for living a better life.

When doctor of psychology Dorothy Tennov wrote her book “Love and Limerence: The Experience of Being in Love,” she was…

We all go through bad and depressing experiences. A heated discussion, being the target of injustice, or other bad situations…