Get Over a Breakup with an Emotional Detox

A breakup can feel liberating or can make you feel incredibly sad. In any case, an emotional detox is necessary to really assess what happened. 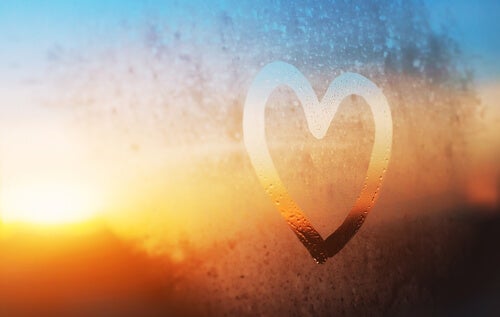 Emotional detox is a necessary step in the healing process after a breakup, as a breakup can lead to other events that can make you doubt everything and everybody and make you feel angry.

Although ignoring your pain can work for a while, not letting your wounds heal isn’t the best way to move forward. Sooner or later, your wounds can make you lash out at people that don’t deserve it.

Different Responses to a Breakup

Many factors can affect the way you deal with a breakup, such as age, the moment in time, self-esteem, personality, or your own personal involvement.

In this regard, negative personal reactions can lead to specific actions and a negative state of mind, which, in turn, can lead to dysfunctional behaviors such as extreme anxiety, delusions, and even revenge.

Breaking Up with Your Old Identity

However, when you break up with someone, you also end up breaking up with your old identity in one way or another. This is because you have to build yourself up and rediscover who you really are.

“I’m Nothing without You”

The first step to overcoming a breakup is knowing who you are as an individual. Sometimes, in a relationship, the “self” is tied to the other person. This is a mistake many people make.

When you break up with someone, your routine changes drastically. Humans are, after all, creatures of habit. Having to change the most basic of your routines can be really hard.

A Broken or Healed Self-Concept

A breakup could help you analyze your self-concept.

If the relationship helped you create a better concept of yourself, helped you grow as a person, and shone a light on important aspects of your own nature, you might feel that being in a relationship is the best thing for you.

If, on the contrary, the relationship didn’t let you grow as a person, or it kept you from really expressing yourself, then the breakup can help you redefine yourself. In this case, an emotional detox can help you become a better version of yourself.

Shape Your Own Perspective

Writing down your feelings while you’re going through a breakup is a great way to deal with it and is a part of your emotional detox.

It’s all about focusing on aspects other than sadness and negativity. Writing down what happened to you can help you really understand how it all went down.

Your brain’s chemical response to heartbreak is similar to how an addict feels after a few days of not consuming.

Helen Fisher’s findings suggest that, during the romantic passion, the brain’s reward and survival systems are activated. This is another key to emotional detox.

An emotional detox can help you understand that there’s a physicality to what you’re feeling. This can be likened to emotional abstinence. These symptoms are entirely physical and time will help you overcome them.

When to Start a New Relationship

Starting a new relationship depends on how you feel, if you really trust the new person, and if you’ve gotten over your ex. Sometimes, these “rebounds” can help you solve internal conflicts left by a hurtful breakup. It really depends on how you’re feeling.

A Breakup Doesn’t Mean You Failed
Breakups tend to be painful for everyone involved. When someone breaks up with you, you might blame yourself. However, a breakup doesn't mean you failed. Read more »
Link copied!
Interesting Articles
Romantic Relationships
Self-Destructive Behaviors in Relationships

Romantic relationships typically involve a bond between two people. That bond is something you have to cultivate every day. This…

Romantic Relationships
Bonding with a Partner and Self-Protection

Bonding with a partner means taking a risk. It means leaving yourself open to possibly being rejected and hurt. Despite…

Romantic Relationships
Five Reasons Why We Fall in Love

Love will always be a mystery, and that's part of what makes it so attractive. We still don't fully understand…