Gerald Patterson and His Parent-Training Model

Patterson's coercion theory helps us understand how parents' attitudes influence their children's behavior. For this reason, this author's parent-training model is essential in families where negative reinforcement is controlled. 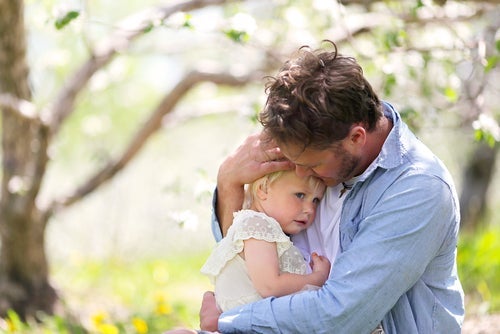 Gerald Patterson created a parent-training model after presenting his coercion theory. With the latter, he aimed to explain the way an individual’s environment influences the onset of disruptive behaviors. Believe it or not, most of the psychological problems observed in children and teenagers are related to their environment.

Some of the agents that exert great influence on a child’s behavior are school, their peers, and their family (especially their parents). They basically model and shape the child as time goes on. As a consequence of this, children learn by using the ways they act as an example of how they should act as well.

“The difference between punishment and discipline is a powerful child.”

Family models have everything to do with behavioral and disruptive disorders. In fact, it’s very common to find antisocial behaviors in the families of children who develop these types of behaviors. This, in turn, may be influenced by their socioeconomic status, conflict between parents, poor teaching skills, or even negligence.

One of the most important variables has to do with the way parents give orders to their children. When evaluating a family after having detected that their child suffers from behavioral problems, we’re likely to find very critical parents who tend to give orders in a confusing, humiliating, or angry way.

Alpha orders are clear, feasible, and related to the child’s motor skills. For example, asking them to put on their shoes or lower their voice.

On the other hand, beta orders are vague, disperse, and hard to obey. This certainly makes it difficult for the child to learn specific behaviors related to obedience. Some examples of beta orders are “Be good” and “Don’t do that”. The child might ask: “What’s good?” or “What do you mean?”

Patterson’s coercion theory explains how a child’s family environment is able to influence their behavior. In order to do this, the author used a simple but effective method. He carefully analyzed a video that showed a child’s behavior at school and that same child’s interaction with their parents at home.

His theory explains how antisocial patterns manifest in family dynamics. Patterson noticed that children would use aggressive behaviors such as tantrums to get what they want. Consequently, these behaviors are positively reinforced when the child gets what they want. However, there’s also negative reinforcement. The child feels less anxious when they get what they asked for and avoids facing unwanted situations.

That being said, children can use aversive behavior for their own benefit. The name of this process is coercion. The explanatory role of negative reinforcement is quite noticeable in the coercion processes that exist in parent-children relationships.

Parents shouldn’t give in to their children’s wishes at all times. Although doing may give both parties immediate satisfaction, it could become a serious problem in the long run. When parents give in to every single one of their children’s requests, they fall into what we know as a “negative reinforcement trap”, which worsens negative and coercive behavior.

On the other hand, through this theory, we can observe that punishment is counterproductive. Although some parents might believe it suppresses coercive behaviors, it actually does the opposite: worsen them. Positive punishment offers a dysfunctional problem-solving model the child doesn’t learn anything positive from.

In tune with his coercion theory, Patterson developed a parent-training model. Its goal is for parents to learn to properly manage their environment and not fall into the negative reinforcement trap.

This program has great advantages. The child gets used to discomfort and develops strategies to tolerate frustration appropriately. Likewise, parents learn to endure their children’s tantrums without giving in to them immediately.

On a cognitive level, the child learns that tantrums aimed at getting reinforcement (watching television for longer, getting candy, or not going to school, for example) are basically pointless. In addition to this, they internalize the idea that they can’t always get what they want.

However, Gerald Patterson’s parent-training model may be difficult for some families, making them give up easily. For this reason, it’s imperative for parents to be aware that they’ll get results over time after applying the established measures in a precise way.

However, this intervention is likely to yield good results as long as the parents persevere. The child will enjoy a boosted self-confidence by learning and accepting boundaries and their parents will stop feeling guilty whenever they don’t please them right away.

3 Behavioral Techniques for Parenting: Reinforcement, Punishment, and Extinction
When it comes to parenting, sometimes we don't really know how to stop inappropriate behavior. But behavioral techniques can help us to control these and other behaviors. Read more »
Link copied!
Interesting Articles
Family
Regain Control as a Parent by Talking to Your Children