Fatphobia, the Only Elephant in the Room

Fatphobia is one of the most perverse social constructs. This is because people have come to fear a common human element: a diversity of body shapes. 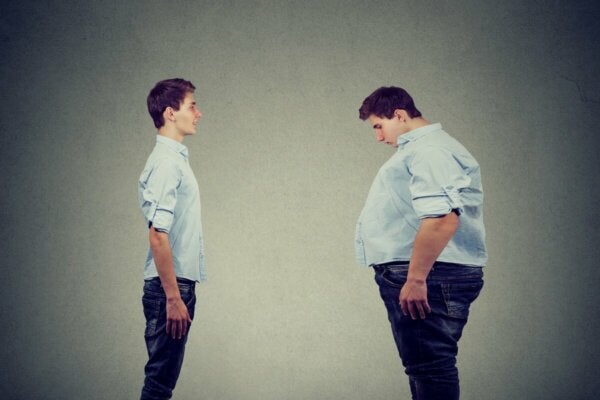 Living on the other side of what’s considered normal by a significant part of society takes its toll. Society has many rules that build barriers everyone is supposed to overcome in their communities. Most people feed on socially constructed myths and, of course, many of these are rather toxic. Fatphobia, for instance, is a basic element, disguised as sustenance, that only leads to frustration, pain, and distortion of identity. This phenomenon affects people whose Body Mass Index (BMI) is above “normal”.

“Fat” has all sorts of connotations, many of which are negative. Intuitions or assumptions arise from those who profit from insecure people. In fact, many companies out there are trying to line their pockets.

“I’ve worn black today, because I’ve heard so often that it’s supposed to be slimming. But instead I am this sphere of darkness submarining through the halls.”

Prejudices and origin of fatphobia

Many people think a person with a BMI that’s higher than what most consider normal is dissatisfied. In fact, you may be one of them. This is understandable, as it’s what your culture taught you. You just assume it. Not only that, but you may also erroneously believe that heavy people lack willpower and can’t give up certain foods or go to the gym.

The culture reinforces this self-centered perspective. Seeing or positioning yourself from it makes you feel better about yourself. After all, you’re strong and can take care of yourself. This is why you’re thinner. You just assume that a heavier person dislikes their body and that they don’t want to change it because their will is too fragile. You’re convinced they’re too weak when it comes to giving up eating junk food.

It’s much easier to assume this line of thinking instead of considering that a heavy person likes themselves. Perhaps you’d have to confess how much you repress yourself. The many enjoyable things you’re willing to give up on. Besides, it’s much easier to assume these people can’t change even if they wanted to because it’s all a matter of strength. Thus, this line of thinking feeds the idea that anyone can control their body. That no one will ever be fat if they “do things right”. But reality is quite different.

Most people react to overweight people with pity and compassion. It’s kind of similar to the way some react to a person who confesses to having a terminal illness. Instead of saying “Nice to meet you”, some would have a tendency to say “I’m sorry” or “You can do it”. Perhaps you’d like to introduce them to that acquaintance everyone has who lost a lot of weight and didn’t gain it back.

When it hurts you

Fatphobia is one of the most limiting of all. This is because it involves self-rejection, hating a part of you. However, trying to do so would harm you, as you’d have to die to do so. Many do try to follow this path. In fact, they dissociate from their body and try to ignore it. Just the way one would ignore that sweet-talking salesman.

The price they pay is very high. People who hate their bodies no longer pay attention to their signals. The pain isn’t evident until it’s too late and the consequences irreversible. Then, they just associate those symptoms with their excess weight. It’s the beginning and the end of everything.

Many overweight people who are also fatphobic stop enjoying certain activities such as sports, a day at the pool, and even a long shower. They aren’t concerned about other people seeing them; they mainly don’t want to see themselves. They want to hide the body they just can’t stand.

They stop enjoying the company of their body and lose any symbiosis with it. Their lives become a battleground. Fatphobia is often the result of unnatural desire and learned self-censorship. Always punished by those harsh judges who are seldom compassionate, understanding, and loving, even to themselves.

Obesity and Guilt – Are You Truly at Fault?
Obesity and guilt go hand in hand. In this very interesting article, we'll tell you how to break the vicious cycle. Read on! Read more »
Link copied!
Interesting Articles
Psychology Today
Psychosocial Rehabilitation: The Art of Reconstructing Lives