Eviction and Suicide - A Dramatic Reality

Why do eviction and suicide seem to go hand in hand? What leads someone to kill themselves in these situations? Depression, anxiety, and stress are typical symptoms after getting a death diagnosis. Today's article will address this dramatic situation. 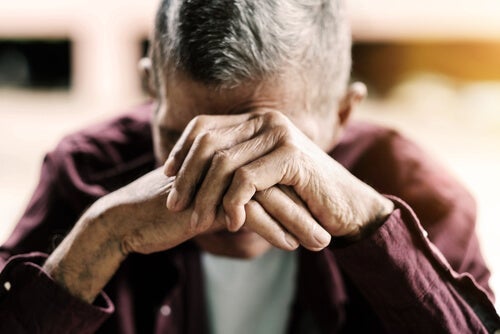 Eviction and suicide are currently a frequent topic in the news. Given this scenario, you can ask yourself several questions. For example, why are evictions legal when they often lead to bad consequences? But above all, what leads a person to end their life due to an eviction?

Suicide has always been a taboo subject in the media – until very recently. The fear of it being contagious keeps people from even mentioning it. However, the debate is now open regarding its position and society is beginning to see the tip of the iceberg.

The fact that an eviction leads someone to kill themselves is worrying. And much more to psychologists interested in how the mind works and what decisions it makes in difficult situations. Are there no other exits? No more options? Is despair so great that people only want out or they do so as a momentary impulse? This article will try to analyze why evictions and suicides are often intertwined and happen frequently.

Is a person exercising their free will when they decide to kill themselves or are they a victim of circumstances? If you find yourself on the edge of a cliff and are surrounded by twenty people who push you, then you’ll fall. In this case, no one would say it was suicide because your intention wasn’t to fall; someone pushed you. Could you say that a person who evicts another is no different than those who pushed the person off that cliff?

When you’re forced to leave your home, a series of variables come together. They’re the cause and reason to end everything for some people. At this point, other questions you can ask yourself are: why do some people lose it and others don’t? That is, why do some people kill themselves and others don’t? A new question arises given that not all evicted people opt for the same way out. Thus, are there incompatible or protective personality traits against suicide?

Each eviction that leads to suicide involves a number of different circumstances. Among them, the age of the evicted, whether they have children or not, their economic resources, the possibility of finding accommodation in the house of friends or relatives, and their social and family network, among others. You must take all of these and more elements into account when you’re evicted from your home. Being welcomed by a family member isn’t the same as not having a shelter. Nor is it the same to live alone and finding shelter with a friend, than to have a family with children and not be welcomed there due to space limitations.

“Our greatest glory is not in never failing, but in rising every time we fall.”

The consequences of eviction on mental health

Julia Bolívar and her team published an interesting article in 2016. It’s a study on the health of adults affected by an eviction process. Their main findings were that people affected by evictions are 13 times more likely to feel sick. 57.3% of men and 80.9% of women reported not being in good health. They also reported a greater chance of developing cardiovascular problems.

Another of Bolívar’s team’s findings was that exposure to evictions in the neighborhood itself could lead to an increase in blood pressure in its residents. As for the process of loss of housing and health, both individual and environmental factors are influential. Individually, they already emphasize the stress of the eviction experience from the initial stages and also affect physical and mental health.

Teresa Galeote (2018) states that “unemployment may be one of the highest risk factors that lead to suicide in the people who are most vulnerable to frustration”. According to Galeote, 11 suicides occur daily in her country and estimates indicate that half of them are due to eviction.

Enrique Echeburúa (2015) ensures that a melancholic mood can be highly damaging because depression counteracts the natural desire to live. Thus, between 15% and 20% of depressed people could try to kill themselves.

Echeburúa also highlights that addictive disorders such as drug dependence or alcoholism are a risk factor for suicide. At this point, one can link various elements and observe that someone dealing with eviction may also be a candidate to develop depression. Depression may or may not be present, depending on each person’s coping styles. And they may resort to drugs or alcohol to endure the emotional pain of eviction. Thus, as these factors are indicators of suicide risk, you can observe several reasons that drive some people to kill themselves.

The final reflection on eviction and suicide

In light of the research, you can see how certain adverse circumstances maintained over time can lead to depression in people. An eviction has such a negative impact on mental and physical health and it can cause depressive states.

Evictions could also lead to addiction as a way of coping. Every individual’s coping mechanisms are different. However, the high number of suicides suggests that evictions cause more discomfort and despair in an individual than you might imagine.

The topic of eviction and suicides is very complex, no doubt. Despite this, note that not all people will follow this route. This is definitely a ray of hope as it indicates that suicide isn’t the only way out. When a situation becomes unsustainable, many people choose to fight and figure out how they’ll overcome it.

What Do You Feel Right Before Death? This Is What We Know…
Death is an enigma. It is simply impossible to definitively answer the question. Accepting and assimilating the idea of an absolute end is not easy. Read more »
Link copied!
Interesting Articles
Psychology Today
Fatphobia, the Only Elephant in the Room

Psychology Today
Recommendations on How to Face the COVID-19 Lockdown

Home confinement during the COVID-19 lockdown and the security measures adopted in this situation have caught us all off guard.…