One of the most notable aspects of Erich Neumann's work is his concept of the great mother as a fundamental archetype in the human psyche. This is because the male perspective of human development prevailed during his time and age. 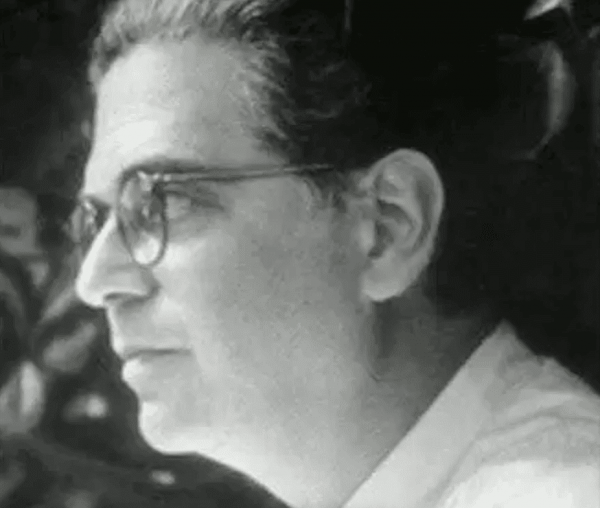 Erich Neumann was a German psychoanalyst and might just be Carl Jung’s most outstanding disciple. Even though he may have departed from Jung’s classic postulates at some point, he basically continued his teacher’s thesis and even expanded and deepened some of it.

However, one of the most outstanding aspects of Neumann’s biography is he was way ahead of other theorists. Mainly in relation to the concept and importance of the mother figure in the development process of individuals. This is because the paternal figure was at the center of Jungian and Freudian psychoanalysis at the time.

As you can see, this psychoanalyst brilliantly combined some of Freud’s postulates with the bulk of Jung’s theory. The way he did it was by taking contributions from Freud’s psychology of the self and merging them with the Jungian part that brought such phenomena closer to mythology and to the collective unconscious.

Erich Neumann and the amplification method

He was born in Berlin, Germany, on January 23, 1905, to a well-to-do Jewish family and later became an Israeli citizen. Also, he studied medicine and philosophy, areas that brought him closer to Jung’s postulates at one point. In fact, he soon became a part of Carl’s close circle.

Neumann rigorously applies the amplification method proposed by Jung’s analytical psychology in his work. Thus, it’s about the process by which unconscious or dream images associate with universal symbols present in mythology, religion, and mysticism, among others. In other words, the individual unconscious contents must have something to do with such universal references. This is so one can interpret them properly.

In other words, the process of analysis of an individual needs universal content. This is what allows someone to interpret their symptoms. For Newman, mythology is the central referent of said universal contents. So much so that Jung recognized that his disciple’s work was much broader than his own in this respect.

Erich Neumann and the great mother

Neumann gained notoriety due to the great mother complex. It started with the idea that there’s a myth in all cultures about a great mother goddess; some cultures represent it as Mother Earth. Such goddesses even predate male divinities.

He described the great mother as an archetype. It corresponds to the dimension of the feminine and is configured in three ways: the good mother, the bad mother, and the combination of both. These configurations correspond, in turn, to the good mother, the terrible mother, and the great mother. The first has positive masculine and feminine elements; the second, negative elements of both; and the third, positive and negative elements of both genders.

The most important thing about this concept is that gives the feminine a foundational role in the human psyche. This is remarkable for a time when psychoanalysts mainly focused on the Oedipus complex and “penis envy”. The masculine perspective of psychic development prevailed even in Jung himself.

Erich Neumann was part of the Circle of Eranos, a multidisciplinary organization where prominent intellectuals met once a year. Each meeting lasted eight days, during which they all lived together and presented their approaches around a specific theme, in an atmosphere of camaraderie.

Each collaborator made a presentation on a given subject for a period of two hours. Later, the others discussed it in what they referred to as “banquet of ideas”. Their goal wasn’t to reach an agreement but to create a sort of multicolored kaleidoscope in which every perspective had a place.

Erich Neumann was one of the most influential members of the Circle of Eranos. Almost all of his ideas went through the sieve of said presentations and collective discussions. He spent the last years of his life in Tel Aviv, Israel, and died there on November 5, 1960. His best-known works are The Origins and History of Consciousness, The Great Mother: A Phenomenology of Feminine Creations of the Unconscious, and Depth Psychology and a New Ethic.

The 12 Jungian Archetypes
Carl Jung was an amazing psychologist who came up with many revolutionary ideas. One of them was the 12 Jungian archetypes. Read on to learn more! Read more »