Do New Technologies Change the Way the Brain Works? 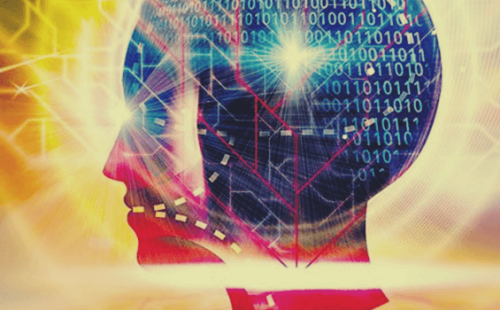 It would be naive to believe that new technologies don’t change the way the brain works. In fact, computers and all so-called “smart devices” are, as the name suggests, extensions of various functions of our brain. They are designed precisely to facilitate the function of our superior capabilities.

Likewise, the way in which we face new technologies has changed our way of thinking when we carry out many activities. Just as Homo sapiens learned to use their hands in new ways, leading to changes in their brain, today we introduce modifications based on how we perform tasks.

So far, there’s no study that evidences radical changes. These are only small modifications that, in any case, have been introduced quickly and in a large quantity. Where will this take us? We don’t know yet. What we do know is that we have been losing some skills and developing others.

“Technology is nothing. What’s important is that you have faith in people, that they’re basically good and smart, and if you give them tools, they’ll do wonderful things with them.”

From memorization to searching: an effect of new technologies

Before the appearance of new technologies, we used our memories much more, because we didn’t have access to information as easily as we do now, even though we could write things down for later access. We helped ourselves with notes, phone books, or tricks to remember information that we needed to have at hand.

With the emergence of new technologies, memory began to lose importance. This is because the volume of data circulating online is overwhelming. No memory can hold that much information in a continuous way. So, our memory has changed. People select what data to memorize. By the same token, we no longer have as much memory as before, or at least we don’t have as much confidence in it.

In turn, we’ve been developing more and more capabilities for searching for the information we need. Our first encounters with new technologies caused confusion. Many did not know where to start looking for the answers to the questions that were asked. That’s now a thing of the past. Now, we have many more skills for searching for data and make a quick assessment of its validity.

There are many sources that claim that video games are associated with compulsive behavior, contribute little to our brains, and can even make people sick. It’s also said that they can make those who play them lose a sense of reality and only manage to alienate them.

Although this is all true in extreme situations, so is the fact that video games can be an interesting way for us to test our minds. With them, for example, we can improve the acuity of our peripheral vision. This especially applies in war-like video games.

The visual system has a central focus, which allows you to fix your gaze on something and examine all of its details. At the same time, there’s another area called the periphery that partially captures some details of the environment. In war or combat games, we’re forced to have a much wider focus, since enemies can appear from any angle.

The use of mobile phones has grown exponentially in less than ten years. Few people have not yet turned these devices into an extension of their bodies. From them, messages, data, and information of all kinds are exchanged.

Some scholars who study this phenomenon indicate that the brain has changed the way it directs the hand when people use mobile telephones. The area of the brain that directs the thumbs has expanded significantly as a response to this new way of using the fingers.

As for social networks, there are still many mysteries. No one can deny that they have transformed the way we relate to and behave with others. This, of course, requires modifying some functions of the brain. However, until now, the real impact of these transformations has not been detected. The way we communicate and socialize is changing, and we can’t even imagine all of the consequences of this change.

Undoubtedly, new technologies have changed the way we live and do things. Like all other civilization transformations, this one seems irreversible. Obviously, it implies losses and gains. New technologies represent a new stage in the history of the human brain. Now we must try to explore and exploit their full potential.

6 Things Technology Has Stolen From Us
There is a very fine line between using technology for necessary things and being dependent on it. Read more »
Link copied!
Interesting Articles
Biographies
Élisabeth Roudinesco, a Contemporary Psychoanalyst

In recent years, a lot of people have discussed the advantages and disadvantages of assigning homework to children. Does assigning more homework increase the effectiveness of education? In this article,…

The Hobbit is a series of movies directed by Peter Jackson. Based on a novel of the same name, they're part…