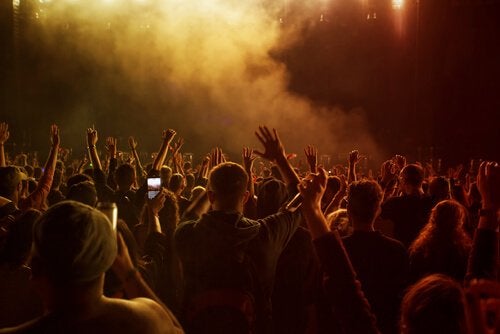 In recent years, Spain has seen an increase in a dangerous sexual practice known as chemsex. It is especially common in cities with a large population. It originated in 2012 in the United Kingdom, but little by little it has spread to the rest of Europe.

So, what is chemsex? The term comes from the expression chemical sex, which refers to the combination of two elements: drugs and sex. This dangerous pairing makes people overstep certain boundaries and gives way to a new kind of addiction.

This new form of sexual experimentation involves drug consumption. The main goal is to achieve greater sexual pleasure. Practitioners use narcotics in order to achieve their objective.

Ecstacy, loss of control and inhibition and other side effects of drugs increase libido. As a result, sex lasts longer, or those involved might try new sexual acts that they wouldn’t have otherwise. At least that is what people who practice chemsex believe.

In this case, using drugs in a sexual context changes the meaning of their consumption. Now the use isn’t just recreational. In other words, it isn’t just to feel the pleasurable effects of these chemical substances. The unique thing about chemsex is that it uses drugs for a very specific purpose. Why? Because losing your inhibitions and experiencing ecstasy under the influence of a narcotic and then deciding to have sex is differing from specifically taking a drug in order to feel aroused and enhance and lengthen a sexual experience.

The drugs that people use most for chemsex are mephedrone, methamphetamines, and GHB  (also known as liquid ecstasy). However, users also take these drugs together or combine them with others like poppers, alcohol, and cocaine.

The most common way that people become involved in chemsex is through social media. These marathons of excess sometimes last an entire weekend, from Friday to Sunday.  The plethora of applications and the modern use of the internet make these types of encounters easy. In fact, the majority of people meet through apps. Grindr is one of the most popular.

What type of person gets involved in chemsex?

The majority of practitioners of chemsex are gay men. In general, they describe themselves as men who have sex with men (MSM). However, some people who practice chemsex are heterosexual.

According to a report about chemsex from ApoyoPositivo (an online resource for people affected by HIV) 39% of practitioners were highly educated, 83.5% were employed, and 96% were gay.

Why is it so dangerous?

If you think about what chemsex is, it isn’t hard to understand that the biggest risk is drug addiction. What starts as an occasional thing could turn into an addictive habit.

In addition to addiction, there is a high risk of contracting a sexually-transmitted disease (STD). In fact, a few years ago hospitals in Madrid and Barcelona started detecting an increase in the number of men with HIV. Chemsex promotes a lack of inhibition and sexual recklessness. As a result, sexual partners are less likely to use protection. In addition, a single night of chemsex might involve several sexual partners.

Chemsex has also caused the reappearance of other STDs like Hepatitis B and C. These types of diseases were very common during the 80s, which coincided with the heroine boom. Users sharing syringes were at a high risk of transmission. These days, we are seeing new cases of these types of illnesses because people are using the same syringe for more than one person.

All that being said, it’s important to keep in mind that chemsex doesn’t just have physical repercussions. It also causes harm on a psychological level. It can cause mild anxiety and depression, psychotic breakdowns, visual and auditory hallucinations, and acute or chronic behavioral changes.

Why do people practice chemsex?

It is important to remember that sex among gay couples has been and continues to be stigmatized in our society. This latent homophobia means that gay sex is seen as unnatural, or prohibited.

There are many reasons that people practice chemsex. One of the primary reasons is to feel more confident during sex. They also want to alleviate negative feelings they have about their own sexual orientation. Many gay people internalize our society’s homophobia and have trouble accepting themselves and their sexuality. There are other reasons as well that we mentioned before. People use drugs during sex to enhance pleasure. They also want to increase physical endurance. Lastly, drugs make it possible to experience certain things that would be too painful otherwise.

As you can see, the cons of chemsex far outweigh the pros. Consequently, prevention work needs to focus not only on the at-risk population, but society in general.

Link copied!
Interesting Articles
Sex
Sexsomnia: People Who Have Sex While They're Asleep

Sex
Addiction To Sex Or Satyriasis: A True Problem