Aromachology: What's it All About? 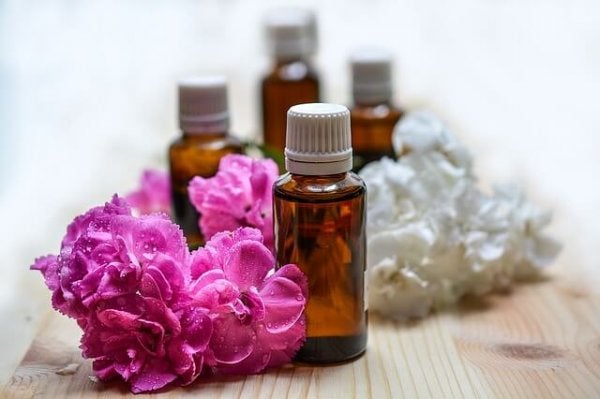 Aromachology is a science that studies the relationship between odors and the reactions they produce in humans. Aromachology focuses on the impact of different scents in human beings, including the emotional changes they cause.

“Smell is the sense of memory and desire.”

On one hand, aromatherapy is based on the physical use of natural aromas through the application of massages or ingestion. On the other hand, aromachology uses synthetic fragrances and perfumes along with essential oils. Basically, aromachology studies our nervous system’s reactions when we’re exposed to different aromas.

Aromachology was born in Japan at the beginning of the 20th century. Scientists began studying, analyzing, and even isolating the active principles of plants’ natural aromas. In the 70s, the term “aromachology” was coined in order to separate it from aromatherapy. From that moment on, it started taking shape as a branch that focuses on the study of how aromas affect our mood and, therefore, our behavior.

How does aromachology work?

Many people have studied our sense of smell these past two decades. Thus, several experiments have exposed the sensations that different aromas cause, as well as the reactions they produce. Thus, many of the studies that aromachology experts have carried out focus on the way the limbic system processes different smells.

“Nothing brings to life again a forgotten memory like a fragrance.”

We already know that emotions are generated in the limbic system, along with certain instinctive behaviors such as hunger, thirst, and satiety. The limbic system activates instincts that the hypothalamus ends up managing.

Aromas travel in small particles which enter our body through our nostrils. Our nose is designed to analyze part of this incoming air. The olfactory receptor cells, located in the nasal turbinates, capture the chemical composition of different aromas.

That being said, the olfactory receptor cells, thanks to more than 1000 olfactory receptor proteins that they store in their cilia, are able to transform the chemical information of aromas into electric pulses. This information is transported to the brain where it’s analyzed, stored, and then delivered to the limbic system for processing.

Today, we know that smells can change our mood and affect our appetite, attention span, and memory, among other things.

It derives from our psyche’s direct reaction to an aroma. It doesn’t depend on anything other than the aroma or odor. Examples of this primary stimulus are the aromas or foods that “awaken” our sexual desire.

The secondary process derives from the reaction to an aroma based on olfactory memory, which refers to the instant recognition of an aroma because it’s already stored in our memory. We may link this aroma to a set of sensations or it may make us remember places, people, or feelings. Our olfactory memory is able to reactivate all those sensations that are located in the aroma codes in our brain.

An example of this secondary process is when we suddenly smell an aroma that makes us remember childhood memories (images, sounds, feelings, or emotions) really vividly.

“If only there could be an invention that bottled up a memory, like scent. And it never faded, and it never got stale. And then, when one wanted it, the bottle could be uncorked, and it would be like living the moment all over again.”

The Memories Evoked by Our Five Senses
Walking through the street distracted by my thoughts and memories, I have caught a whiff of something that transported me to another moment, another place. Read more »
Link copied!
Interesting Articles
Culture
Repeating mantras can calm your mind

Culture
Is Charity the Same as Solidarity?