Are You Afraid of Working for Yourself?

People who resist working for themselves usually have issues with autonomy and can't tolerate uncertainty. Breaking down these barriers could be the beginning of a more prosperous and gratifying work life. 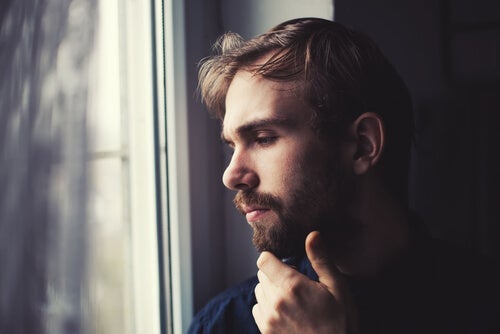 Working for yourself is an option for anyone with a marketable skill. However, many people avoid it, even if they’ve been out of work for a long time and self-employment could give them some peace of mind.

Being part of an established business and having a boss seems to provide security and psychological well-being. That’s often the case even if the job doesn’t pay that well or there aren’t promotion opportunities. While it’s true that working for yourself has its risks, it’s also true that those risks are manageable.

“If you don’t build your dreams, someone will hire you to build theirs.”

A resistance to self-employment could be more related to perceptions about how it works than actual possibilities or limitations. Psychological and cultural elements play an important role in determining what you think about working for yourself. Let’s take a closer look.

The dilemma of working for yourself

Making the decision to work for yourself involves choosing between autonomy and stability. Most people appreciate autonomy in their work. You probably believe you can do your best work and make the best use of your time when you’re self-directed. You want the freedom to manage your schedule and choose your priorities.

When you work for yourself, you have this autonomy but it comes at a cost. Self-employed people have to live with a fair amount of uncertainty. After all, there’s no way to guarantee the long-term success of any business venture. Also, there’s the fact that, the more independent you are, the more responsibility you have and the more your decisions matter.

This last element may have the greatest influence on people’s desire to work independently. It’s much easier to let someone else make the decisions and live with the consequences. Not to mention the weight of uncertainty. It’s important to remember that any business, no matter how stable it seems, could fail. That’s true for huge corporations, international banks, etc.

The “stability” of a full-time job

Many people dream of getting a good, stable job at a successful company that can guarantee a prosperous future. This idea, which smacks of paternalism, is only an option for a small portion of the population. Those with access to these types of opportunities aren’t necessarily better than other people; there are many different factors at play.

People from wealthy families who move in circles with lots of money are much more likely to get good, stable jobs. It’s all about who you know, and not necessarily your talent or education.

The hiring process is often unfair as well. For example, a business might prefer younger employees (or older, or whatever) because it coincides with its policies. In fact, sometimes, companies aren’t looking for really talented people.

In this kind of job market, finding that job with an amazing salary and benefits probably isn’t an option. Even if you find one, the world economy is unstable. In an economic crisis, firing or laying off employees is one of the first things businesses do. In a nutshell, even full-time jobs can’t provide much security.

Working for yourself vs. being an entrepreneur

Being an entrepreneur takes a specific skill set but you don’t need a ton of business expertise to work for yourself.

Entrepreneurs seek to grow and expand their businesses. Self-employed people don’t necessarily want that. Instead, their main goal is to make a living outside of the conventional employee-employer relationship. It’s one way of having your own business, but you aren’t necessarily starting a new company.

Ideally, you decide to work for yourself because you enjoy it and because you believe in yourself, not because you don’t have any other options. Unfortunately, a lot of people explore self-employment only after giving up on everything else, which is another thing that could explain someone’s resistance to it. They see it as a last resort, which doesn’t make it seem very attractive.

Sometimes, trial by fire is the only way to learn. That’s when you discover how much you can learn and how enjoyable something can be. Working for yourself is the same. It’s a viable option that can open a lot of doors.

If you’re unemployed but you’re resisting the idea of working for yourself, take some time to reflect on what you’re afraid of. Is it fear, prejudice, or a lack of self-confidence? Maybe it’s time to take a deep breath and take a leap. You might be surprised where you land.

Are You Dealing with Unemployment Depression?
Unemployment depression is increasingly present in society. Despite its slow but progressive incidence, it continues to be an underdiagnosed. Read more »
Link copied!
Interesting Articles
Coaching and Leadership
Emotional Leadership According to Daniel Goleman

Leadership is one of the most important skills that those who work with teams must have. People who want to…

Work
Intermittent Collaboration: The Perfect Way to Do Teamwork

Harvard University has proposed a new approach to problem-solving techniques. Intermittent collaboration is proving to be important in solving complex…

Coaching and Leadership
Strategies for Leading a High-Performance Team

Leading a high-performance team requires assertiveness and knowing when to delegate tasks. One of the keys to proper group management…

There are many study techniques to choose from because not everybody learns the same way. What works for you, won't…