Antoine de Saint-Exupéry was a writer and an adventurer. He loved aviation as much as he loved literature. His muse was Consuelo Carrillo, a Salvadoran artist that inspired the rose character in his masterpiece, The Little Prince. 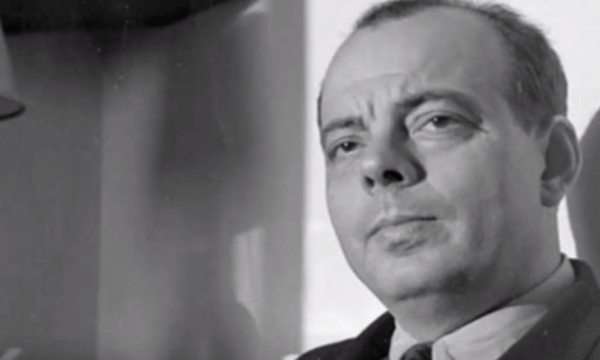 Few books in the world can boast of having been translated into 250 languages, including several indigenous languages. The Little Prince is one of the few that has achieved that remarkable feat. In this universally popular story, author Antoine de Saint-Exupéry shares an allegory of his life philosophy and some of his adventures.

The Little Prince wasn’t Saint-Exupéry’s only book, but it was definitely the most successful. It’s hard to know whether to classify it as a book for children or adults. The fact that you can read it from different points of view is part of its charm.

“”Goodbye,” said the fox. “And now here’s my secret, a very simple secret. It’s only with the heart that one can see rightly; what’s essential is invisible to the eye.””

Saint-Exupéry was a wonderful, sensitive writer. He was also an adventurous soul who loved flying and traveling. This brilliant man was intellectually worldly and loved a challenge. He was even on the brink of death a few times just because he loved living on the edge.

Antoine was the son of Count Jean de Saint-Exupéry, an insurance specialist. His mother was Marie de Fronscolombe, a loving woman with a great artistic sensibility. The writer and aviator was born on June 28, 1900, on Riou Island in France.

The family was, as you can imagine, very comfortable. Antoine had four siblings: three sisters and a brother. He was the third in line. His only brother died of rheumatic fever when he was just 15 years old. The scene and the effect this death had on Saint-Exupéry also ended up in The Little Prince.

Saint-Exupéry’s father passed away when he was nine years old, at which point he moved to his aunt’s castle. In spite of those losses, little Antoine had a happy childhood. His family was very affectionate and he adored his mother.

Antoine wanted to go to college, but he didn’t pass the entrance exam. Thus, he decided to enroll in art school to study architecture. In 1921, he did his military service and fell in love with flying.

Between 1922 and 1926, Antoine de Saint-Exupéry worked a variety of jobs. He was the representative for a truck company and inspector at a brick factory. In 1926, he finally began working as a commercial pilot for Aeropostale and published his first book, The Aviator.

Aeropostale chose him as their company representative in 1928 for Argentina and transferred him to live there. In Argentina, he met writer and Salvadoran artist Consuelo Carrillo. A mutual friend introduced them and it was love at first sight. The company later went bankrupt in South America, so Antoine de Saint-Exupéry took Consuelo to France, where they married in 1931.

In 1919, Saint-Exupéry published his first novel, Southern Mail. The year he got married, he also published a book titled Night Flight, which was his first great literary success. André Gidé himself wrote the prologue. Saint-Exupéry won the Fémina prize for this book.

His relationship with Consuelo started to become tumultuous. The marriage lasted 15 years, but it was full of separations and reconciliations. Both of them called the marriage intense and unstable.

What affected the marriage the most was Antoine’s infidelity. However, it’s clear that Consuelo was the love of his life. He dedicated the rose character in The Little Prince to her.

An adventurer, a dreamer

In 1935, Antoine de Saint-Exupéry and his friend André Prevot attempted to make record time on a flight between Paris and Saigon. However, their plane broke down and they had to make an emergency landing in the Libyan Desert. There, they were at the mercy of fate. On the fourth day, they were rescued by a Bedouin.

He narrated this experience in the desert in an allegorical way in The Little Prince. Later, in 1938, Saint-Exupéry wanted to set another record on a flight between New York and Tierra del Fuego in Chile, but he had an accident in Guatemala and nearly died. This experience inspired him to write his book Wind, Sand, and Stars.

When World War II began, Antoine de Saint Exupéry decided to enlist to fight against the Nazis. When the Germans invaded France, he emigrated to the United States. There, he wrote War Pilot and The Little Prince in 1943. Later, he joined the French resistance.

The underground resistance put him in charge of a secret mission on the French coast. He left on July 31, 1944, to complete the mission. Tragically, his plane was shot down by German troops and disappeared. His body was found in August of that same year, but they didn’t find his plane until the year 2000.

A Baobab Tree in the Heart – Reflections on The Little Prince
If you find a baobab tree in your heart, pull it out from the root because its seeds harbor fear, insecurity, deception, and rage... See here for more! Read more »
Link copied!
Interesting Articles
Biographies
Geoffrey Beattie: The Psychologist for Big Brother