Since his work is hard to translate, a lot of English readers don’t know of Alexander Pushkin's work. In this article, discover some of his best quotes! 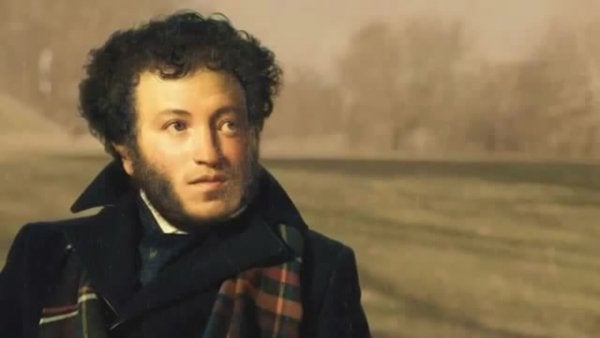 Many of the greatest Alexander Pushkin quotes come directly from his poems and novels, which are quite deep and beautiful.

The father of modern Russian literature was full of surprises, partly due to his particular perspective and partly due to his rebellious spirit. He spent most of his life involved in politics. His moral principles motivated him more than being in control and having power over others.

“People are so like their first mother Eve: what they’re given doesn’t take their fancy. The serpent is forever enticing them to come to him, to the tree of mystery. They must have the forbidden fruit, or paradise will not be paradise for them.”

This prolific Russian poet was politically persecuted. He lived many years in exile. He died at the age of 37 after being mortally wounded in a duel over a woman.

Alexander Pushkin’s quotes are still remembered today. Here are some of his best ones.

“The impetuousness of the heart, charming deception, soon leads us to suffer.”

This line clearly reflects the dramatic spirit that characterized the romantics of his time.

Here’s another beautiful quote that reflects melancholy and idealism:

“You’d much better stay here and wait; perhaps the storm will blow over, and the sky becomes clear, then we shall be able to find the road by the help of the stars.”

An Alexander Pushkin Quote on What Belongs to Others

The first time Alexander Pushkin was exiled was for being a part of a secret political group that was against the Russian monarchy. Then, it was for publishing content that the government considered subversive. And later on, after he spoke of his atheism in a personal letter.

For the above reasons, many of Alexander Pushkin’s quotes are about that feeling of being far away, in a reality outside one’s own. Here’s one of them:

“The bread of the stranger is bitter, and his staircase hard to climb.'”

Everything Has Its Own Time

Youth is one of the recurring themes in Alexander Pushkin’s work, perhaps because he felt that he lost his own too soon or maybe because he realized that the human soul thrives during that stage of life.

One of his best-known quotes on it says: “My dreams, my dreams! What has become of their sweetness? What indeed has become of my youth?”

Even though his last works had a clearly realistic tone, the poet never lost his idealism. He was obviously aware of this, as per this quote: “Better the illusions that exalt us than ten thousand truths.” It means that a great dream that makes us grow is worth pursuing because realism keeps us mediocre. He preferred to dream and fantasize.

Morality is also present in Alexander Pushkin’s work. In particular, he questioned the superficiality of life at the royal court. The deep injustices his fellow Russians endured is the reason why he reflected so much on this issue.

“Moral commonplaces are amazingly useful when we can find little in ourselves with which to justify our actions.”

This refers to the habit of arguing one’s behavior with other people’s ideas that have previously been taken for granted.

Alexander Pushkin set a before-and-after in Russian literature. His work is truly exquisite. He was a thinker, a man ahead of his time.