Akinetopsia is the inability to perceive movement. In today's article, we discuss this neuropsychological disorder. 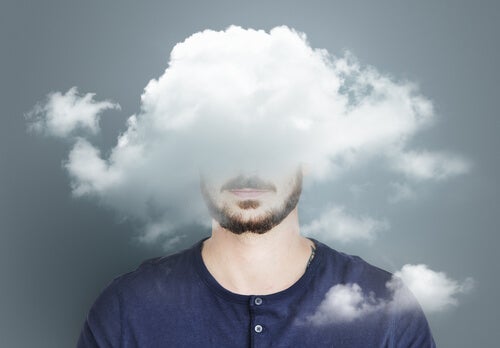 Imagine this. One day, you wake up in the morning, open the fridge, grab the cream for your coffee, and start pouring it into your cup. You stop pouring after you have enough. Everything is fine so far, right? Now try imagining this. You start pouring the cream, but nothing comes out. Although you keep pouring, you can’t see anything coming out of the carton. Suddenly, your cup is overflowing, and there’s milk everywhere. How’s that possible? What’s happening? This is a perfect example of akinetopsia.

Akinetopsia is the inability to perceive objects in motion. It’s a kind of visual agnosia. People who suffer from it see the world in still frames. As a result, they have a lot of trouble doing simple things such as crossing the street. Because they see the world in still frames, they can’t see a moving car. In the best-case scenario, they could intuit its transition (speed). Since they can’t perceive the car’s movement and they don’t know where the car is at any given moment, they could be easily run over.

In the coffee cup example, the solution would be to put a finger on the edge of the cup, which would allow an individual with motion blindness to feel when the cup is full. However, driving, for example, is impossible for someone with akinetopsia. It’s also important to note that if you know someone with this disorder, you should never throw anything for them to catch. You’ll just end up hitting them. Instead, just hand them the object.

This is the most widespread type of akinetopsia. The individual perceives movement as a continuous series of photographs. The photographs refresh themselves at a high frequency, so it’s possible for the person to reconstruct movement with a fair amount of accuracy. In the coffee cup example, instead of suddenly going from empty to full, they could see the cup getting more and more full with each still, sort of like a flipbook. Although this type of akinetopsia isn’t incapacitating, it’s certainly uncomfortable.

This is the less common but most debilitating type of akinetopsia. Patients who suffer from it can go from seeing a car at a distance to seeing a car right in front of them. As a result, they’re unable to predict the movement of external objects. Things seem to suddenly appear before them, like apparitions.

Imagine that a person with gross motion blindness is in a room, and someone quietly enters. Thus, they may suddenly see someone in front of them with no knowledge of how they got there. Now you can see why this disorder is so limiting.

Where does the problem lie?

Visual information circulates forward (feedforward) from the retina to the thalamus, and from there to the occipital cortex. As the information gets farther away from the receptor, it becomes more computationally complex. This information is also processed backward (feedback).

Our sense of sight is like a video camera. It captures a large number of images that are reproduced at a continuous speed, which generates the sensation of continuity and movement. Patients with akinetopsia lack this sensation and only see the images separately.

In fact, Alvarez and Masjuan (2015) state that akinetopsia is behind bilateral occipitoparietal injuries generally caused by stroke or trauma.

Researchers still have a lot to discover about this particular type of agnosia. That being said, every advancement is important because it could mean significant changes in the quality of life of patients whose lives are profoundly affected by this disorder.

Alvarez and Masjuan also state that these patients have the sensation that objects jump from place to place instead of having continuous and fluid movement. They appear and reappear in different places. These authors also point out that this kind of visual agnosia makes it very difficult to know if an object is coming closer or getting further away. Can you imagine what life must be like for people with akinetopsia?

Prosopagnosia: I See You and I Know You, But I Don’t Recognize Your Face
Prosopagnosia is a rare disease that currently affects 2.5% of the population. It has affected some very well-known people, like the actor Brad Pitt. Read more »
Link copied!
Interesting Articles
Culture
The Dragonfly Metaphor and Life Cycles

The seven IT trends in education of 2020 will revolutionize the educational process as we know it, and take the…