9 Differences Between Alzheimer's and Frontotemporal Dementia 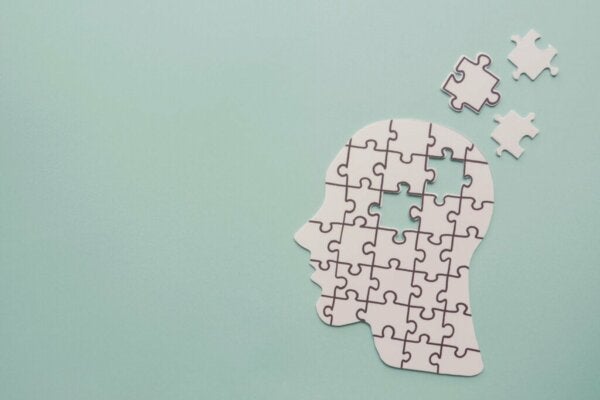 The term “dementia” can be vague and confusing. This is because there are different types of dementia, each with its own unique characteristics. Today, we’ll be comparing and contrasting Alzheimer’s disease and frontotemporal dementia.

We’ll share nine specific differences in terms of the patient’s age at onset, affected cognitive functions, personality changes, location of brain lesions, etc. In other words, we’ll focus on patient symptoms and also touch on a few other factors.

Differences between Alzheimer’s and frontotemporal dementia

According to Ramos et al. (2008), the differences between these two types of dementia are the following:

The first difference is the average age people start to show signs of these conditions. Alzheimer’s tends to affect people older than 65 and the risk increases with age. Frontotemporal dementia, on the other hand, usually starts much earlier, between the ages of 40 and 70.

Unlike Alzheimer’s, the prevalence of frontotemporal dementia doesn’t increase with age.

Types and locations of lesions

Alzheimer’s involves a loss of neurons and synapses. In the brains of patients with Alzheimer’s, scientists have also identified the presence of tau proteins (highly soluble protein isoforms) and amyloid proteins (neuritic plaque).

Frontotemporal dementia patients also experience a loss of neurons and synapses and an increase in the tau protein. However, some elements that aren’t part of Alzheimer’s disease, which are Pick cells and occasionally Pick bodies. Lastly, the amyloid proteins and neuritic plaque typical of Alzheimer’s disease are absent in frontotemporal dementia.

Another difference between Alzheimer’s and frontotemporal dementia are the symptoms they cause. We’ll start with the most common symptoms of Alzheimer’s:

The symptoms of frontotemporal dementia vary somewhat from the typical Alzheimer’s symptoms. The most common are:

Insight is a cognitive phenomenon that clinical therapists use to describe the patient’s ability to understand what’s happening to them. According to Segui (2015), therapists can use insight to carry out different interventions.

Alzheimer’s patients tend to have insight at the beginning, but it becomes poor or defective as their condition worsens. However, people with frontotemporal dementia usually lose their insight completely.

People with Alzheimer’s suffer from a kind of amnesia that doesn’t improve with clues or hints. Scientists have also observed that Alzheimer’s affects memory from the very beginning, as soon as a patient starts to have symptoms.

Frontotemporal dementia, on the other hand, doesn’t affect memory to the same degree. Usually, patients have some problems with this particular cognitive function that improves with hints or clues.

Alzheimer’s disease has a significant impact on cognitive abilities, particularly visual-spatial function, which is what allows you to mentally represent, analyze, and manipulate objects. Frontotemporal dementia patients don’t usually have any visual-spatial problems.

Another difference between these two diseases is language. Alzheimer’s patients suffer from anomia, circumlocution, and aphasias. Frontotemporal dementia patients, on the other hand, experience stereotypical language, echolalias, and mutism. As you can see, these two diseases vary markedly in this area.

Lastly, in terms of the neurological elements of the illness, Alzheimer’s disease involves myoclonias (muscle spasms) and crises. Frontotemporal dementia, on the other hand, can cause urinary incontinence and involuntary reflexes. Those are primitive reflexes that newborns have but that disappear with age and sometimes return with dementia.

While these are the most obvious differences between Alzheimer’s and frontotemporal dementia, there could be more. We’ve chosen to share these with you because they’re the most relevant when it comes to making a proper differential diagnosis.

As you can see, although these two diseases have some things in common (personality changes, language changes, and cognitive function alterations, for example), they’re quite different.