Stanley Milgram conducted important studies in the field of social psychology. Today, we'll look at some of his famous quotes to gain insight into this brilliant mind. 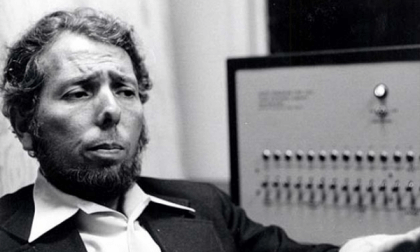 Today, Stanley Milgram is considered one of the most important social psychologists in history. His experiments and work focused primarily on the subject of obedience. The most famous, Obedience to Authority: An Experimental View, was published in 1974. Today, we’ll share some quotes from this celebrated and important scientist.

Each Stanley Milgram quote gives us insight into his point of view as well as a different way of understanding human behavior. Milgram tackled difficult questions, such as where do you draw the line between obedience and submission. These issues continue to be the subject of social psychology research, like in this recent article in Spanish titled Internet, amigos, y bacterias: la alargada sombra de Stanley Milgram [In English: “Internet, friends, and bacteria: the long shadow of Stanley Milgram”].

1. The importance of mutual support

“When an individual wishes to stand in opposition to authority, he does best to find support for his position from others in his group. The mutual support provided by men for each other is the strongest bulwark we have against the excesses of authority.”

This first quote highlights how important the group is to individual behavior. This is something that’s probably easy to confirm with the experiences you’ve had in your own life. There’s also plenty of social science research to back up this particular stance.

Muzafar Sheriff, one of the founders of social psychology, looked at the concept of social groups, and identified a kind of interdependency. In the case of Milgram, the group and support from the group provide the strength and determination necessary to stand up to abuse, especially when it comes from an authority figure. This is, undoubtedly, a clear, important, and still very relevant criticism.

“The essence in obedience consists in the fact that a person comes to view himself as an instrument for carrying out another person’s wishes and he therefore no longer regards himself as responsible for his actions.”

Here, Milgram highlights a concept that’s present in most workplaces: obedience. He wants the reader to understand that obedience and submission are different sides of the same coin.

When someone obeys – acknowledges the authority of another person – they often become the instrument, or puppet, of the authority. This is often an unconscious process, but the result is a transfer of responsibility. Consequently, the individual under the authority’s influence essentially releases themselves from any responsibility for their actions.

It’s almost as if the individual gives up their own will to submit to the desires and whims of the person in charge. However, Milgram emphasizes that the person “views himself as an instrument”, which means that isn’t truly the case.

3. Moving on to action is essential

“Only in action can you fully realize the forces operative in social behavior. That’s why I’m an experimentalist.”

In this quote, Stanley Milgram makes a reference to his interest in exploring the inner workings of social behavior through studies and experiments. He called himself an experimentalist and argued that trial and error was the best way to find the answers to questions about human behavior.

This quote is particularly reminiscent of Aristotle. This great Classic Greek philosopher introduced the concept of experimental research in science. A way to prove suppositions and arrive at the most accurate conclusions possible.

4. Stanley Milgram on the commands of others

“Some system of authority is a requirement of all communal living, and it is only the person dwelling in isolation who is not forced to respond, with defiance or submission, to the commands of others.”

In this quote, Milgram reminds us that a system of authority is a characteristic of living in a community. Establishing and following a series of norms seems to be the standard way to establish order. Thus, could anyone avoid obeying these guidelines and laws?

Milgram points out that only those who live in isolation can, in some ways, escape or ignore the normal laws of a community. By residing outside the bounds of the community, they aren’t required to respond nor submit to anyone’s command. This idea calls to mind the main character in the movie Into the Wild, who runs away from society in pursuit of total freedom.

“It’s easy to ignore responsibility when one is only an intermediate link in a chain of action.”

In today’s last quote, the author talks about the apparent “neutrality” of the intermediary. It’s easy to feign blindness or ignorance to the consequences of certain actions if you aren’t the direct perpetrator or witness.

If you work in a large company, for example, but you’re not aware of how important your role is to the company’s viability, you might compromise your own working conditions or even end up jobless.

What do you think of these Stanley Milgram quotes? Which one do you like the most? We hope that they’ve made you think and reflect on ideas of obedience, a concept that’s present in nearly all of this psychologist’s life work.

Into the Wild: Getting Rid of Material Stuff
Discover the concept of freedom analized from the perspective of the movie Into the Wild, the story of Cristhopher McCandless. Read more »
Link copied!
Interesting Articles
Biographies
Eugène Delacroix: Exotic Sensualism on Canvas

Eugène Delacroix was a leading painter of the French Romantic period of the 19th century. Inspired by history, literature, and…