5 of the Best Quotes from Anna Freud 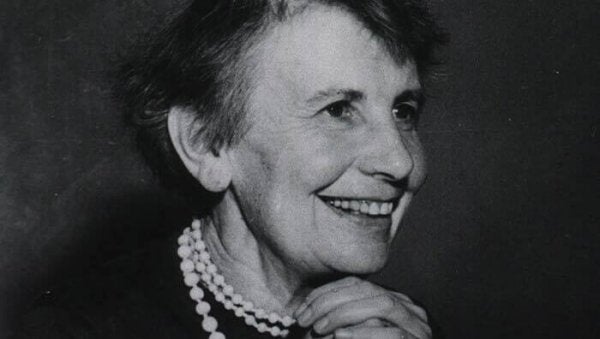 Anna Freud was a psychoanalyst who continued the legacy of her father, Sigmund Freud. However, her emphasis was almost exclusively on children. It was natural, actually, since Anna herself had a paradoxical childhood.

From the moment she was born, her mother was already basically tired of raising children. She already had five other children and didn’t feel able to dedicate herself to another.

Therefore, she hired the services of a governess that became what Anna called a “psychological mother” for her.

Anna Freud psychoanalyzed with her own father. It must have been very difficult for her to be the follower and child of one of the most prominent men in all of history.

Although she remained in line with classical psychoanalysis, these words from Anna Freud reveal a more sensitive side. Here are some of her most iconic quotes…

“Sometimes the most beautiful thing is precisely the one that comes unexpectedly and unearned, hence something given truly as a present.’

1. The mother, a common theme in the Anna Freud quotes

The mother figure is strongly marked in one’s heart. For that reason, several of Anna Freud’s phrases refer to this figure. This quote, for example, is very representative of this them.

“When the feelings of the parents are ineffective or too ambivalent, or when the emotions of the mother are temporarily compromised in another place, the children feel lost.”

You could say that this is one of the conclusions of her own psychoanalysis. Although in principle she applied it to her individual situation, the quote has universal validity. A child who finds no place in the heart of his parents, doesn’t find a place for himself in the world either.

Here is another quote that betrays Anna Freud’s confusion, her essential lack of maternal affection.

“What I’ve always wanted for myself is much more primitive. It’s probably just the affection of the people I’m in contact with, and their good opinion of me.”

It’s normal for those who have grown up with emotional deficiencies to carry a deep emptiness in their hearts. Hence, manifestations of affection and the approval of others are of decisive importance. We see this in many of Anna Freud’s words: the desire for a love she never had.

Life, not only Anna Freud’s but that of all human beings, is marked by an eternal dissatisfaction. Psychoanalysis proposes the existence of a malaise that has no way of being completely solved. Life implies so many renunciations of impossible desires that dissatisfaction inhabits us.

This is what one of Anna Freud’s most well-known quotes seems to say:

“If something does not satisfy you , do not be surprised. That’s what we call life.”

Living means dealing with gaps and contradictions. Dissatisfaction is part of life itself.

Although many of Anna Freud’s quotes show us a soul that is more or less tormented, there is also an enormous hope within her. This is reflected in her work and many of her quotes. One of them is:

“How wonderful it is that nobody needs to wait even a single moment before starting to improve the world.”

This phrase, in particular, drives Anne Freud away from her father’s rational pessimism. The author of The Future is an Illusion didn’t see the world changing as probable.

Anna, on the other hand, reflects a great hope in mankind and the constructive changes that can be achieved.

Many of Anna Freud’s quotes have a philosophical tone. They allude to universal themes and allow us to see another facet of her thinking. This one, for example, moves away from the analysis of the individual and refers to the collective. It says:

“When an error becomes collective, it acquires the strength of a truth.”

It’s talking about the power of the group over and above the individual. The mechanism by which society grants something a degree of truth.

Anna Freud made a big impact on psychoanalysis. Although she never got the transcendence of her father, she is a very important figure. She is a thinker worth reading and knowing.

10 Quotes for Starting Over
Time and again life returns us to the seashore. It is a moment in which it helps us a lot to hear quotes about starting over. Read more »
Link copied!
Interesting Articles
Psychology
Dignity is What Tells Us We Deserve Better

Every living person is important and valuable, and this value has a name: dignity. It is an inherent quality that reminds…

Psychology
4 Types of Internal Dialogue You Should Avoid

Everybody goes through painful moments and unexpected negative situations that they need to overcome. However, these experiences can lead some…