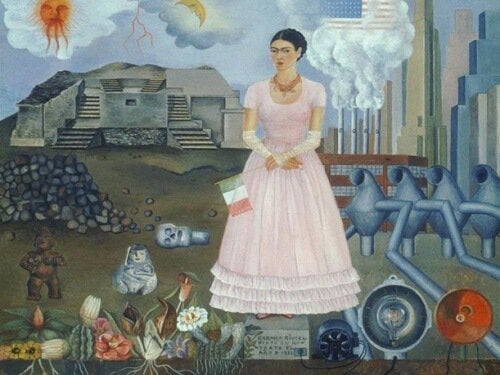 In all historical eras, there are women who go beyond the average and stand out for what they did. Often, these women are memorable because they did things that seemed impossible at the time for their gender.

Today we will talk about two very inspirational, but very different women. One was a sheltered young girl who grew up without the ability to see, speak, or hear. She struggled through her childhood, and few people believed she would be able to do something with her life.

The other woman was one who was forced to cope with pain throughout her whole life. She focused this pain and transformed it into art. Although she never truly found happiness, she left the world an amazing collection of art that remains admired and studied to this day.

How many times have you avoided something because you didn’t think you were able to do it? Everyone lets opportunities go because they believe that they aren’t able to do something or they don’t dare to make the necessary decision in the right moment. But Helen Keller overcame this human tendency toward fearing the impossible. She was born in 1880 and when she was just 19 months old, she contracted an illness that left her blind and deaf.

“Why should we be content with living dragged down when we feel a deep longing to fly?”

As she was so young when this happened and did not yet have any developed hearing, she was also unable to learn how to speak. Her family exhausted all possible options for her that were available at the time. When she turned 7, her parents hired a teacher for her who was also blind. This teacher taught Helen how to read braille, to communicate through cards and writing, and how to read lips.

“Safety is, more than anything, a superstition. Life is either a daring adventure, or nothing.”

When she was an adult, she learned how to speak. Over time, she became a strong advocate for the rights of deaf-blind people and visually disabled people. Hellen Keller died at the age of 87, leaving behind 14 books and more than 475 articles and essays. The lesson that Hellen Keller taught the world is that physical limitations do not matter. What matters is mental energy and passion.

The other inspirational and renowned woman is Frida Kahlo. This woman of Mexican nationality demonstrated that even the deepest and most intense physical pain, that kept her bed-ridden for most of her life, cannot eclipse talent and brilliance. She was both in 1907, and from childhood her life was defined by physical pain and illness.

“I would often think that I was the strangest person in the world, but later I thought, there are many people in the world, there must be someone like me, who feels bizarre and damaged in the same way that I do. I imagine, and imagine that other person, too, should be there, thinking of me. Well, I hope that is you, and you read this, you know that yes, it’s true, I am here, and I am strange just like you.”

The worst tragedy came in 1925, when she was in a very serious bus accident in which her back was broken in three parts. This accident left her almost completely debilitated, and restricted to a bed. After this incident, she began to immerse herself in art. Art gave her the opportunity to escape from the emotional tragedies of her life, which came in many forms. Two of which greatly affected her were the infidelity of her husband Diego Rivera, and the fact that she was unable to have a successful pregnancy.

“I paint self-portraits because I spend a lot of time alone. I paint myself because I am the person I know best.”

Through painting, she was able to express and expel all of the pain that ailed her. The majority of her work is made up of self-portraits because she focused on what she knew best: herself. Frida Kahlo died at the age of 47, and left behind almost 400 works of art which remain inspirational, admired, and studied by the whole world.

Inspirational women arise from their own struggle

There exists a certain stereotype in the world that for some reason, women have a relatively easy life. That women are protected, and have an easier path to follow because of their gender. However, this is not true, and in reality, struggles, obstacles, and experiences are what truly form strong individuals. The next time you feel that your life is complicated and you feel defeated, think about the amazing and inspirational lives of Hellen Keller and Frida Kahlo.

Culture
Making Yourself Exercise: Does it Have Consequences?

Tennis, running, soccer, basketball, canoeing, gymnastics, surfing, horseback riding... There are so many different ways to exercise that it's impossible…