The Uses and Effects of Diazepam 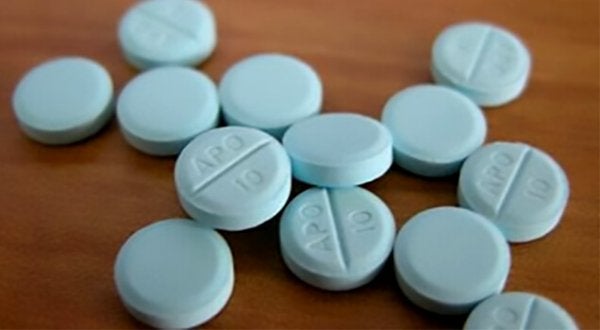 Diazepam (better known by its trade name “Valium”) is a drug belonging to the family of anxiolytics and sedatives.

Nowadays this type of psychotropic drug, derived from benzodiazepines, is still one of the most widely prescribed treatments for anxiety, insomnia, and panic attacks. It is also used as a sedative prior to certain types of operations.

But what really are the effects of diazepam?

We’ve all heard about it. We may have been prescribed it at some point, or have a loved one who usually has it on their bedside table.

The WHO (World Health Organization) itself has it included in its list of “essential drugs.” Why? It is one of the most effective standard benzodiazepines currently in use.

However, and this is important to keep in mind, its frequent and almost standard use in many situations doesn’t by any means make it a harmless drug.

Diazepam, like the rest of benzodiazepines, carries a high risk of dependence. Its administration must be occasional, controlled and of short duration.

Read on and find about more about this type of psychotropic drug.

“We treat grief and fear with pills as if they were diseases. And they are not. “

Paul has had quite a few ups and downs recently. He feels like everything is getting out of hand and the world is going far too fast for his liking.

His father died two months previously from a heart problem. Added to that, the company where he works is laying people off and he feels like his productivity is declining. He’s worried that he’s next in line to be fired.

His anxiety levels, problems falling asleep and nervous tension are such that his doctor has prescribed him diazepam.

The treatment will last for 8 weeks. They will then evaluate his progress and start to gradually reduce the prescription to zero. If Paul doesn’t see any improvement, his doctor will refer him to a psychiatrist to try other treatments and initiate some type of therapy.

He agrees to this course of action and starts the treatment, but not before trying to get to know a little more about this little pill that is going to be his companion for a several weeks.

Diazepam was the second benzodiazepine that Leo Sternbach invented around the 1960’s. It is five times more potent than its predecessor, chlordiazepoxide. Up until then, doctors prescribed the classic barbiturates, very addictive drugs with quite serious side effects.

Diazapam was considered to be a “miracle drug” for a few years, and became the best-selling drug during that time. However, little by little doctors realized these wonderful pills were not as innocuous as was initially believed. In fact, in the 90’s, its marketing fell by half.

What is Diazepam used for?

Diazepam, given its sedative and soporific effects, has multiple uses:

How does Diazepam work?

Diazepam is basically a drug that acts as a sedative of the nervous system. What does this mean? Whether we like it or not, valium, like all other benzodiazepines, diminishes brain activity.

It does so by acting in different areas of the limbic system, the thalamus and the hypothalamus, thus inducing anti-anxiety effects.

Neuroscientists deduce that its action starts when it reaches the GABA receptors. After that, the functioning of certain areas of the brain slows down to experience a prolonged state of drowsiness, decrease in anxiety and muscle relaxation.

Side effects of diazepam

We pointed out at the beginning that the duration of treatment should be short and supervised by a doctor. It shoudn’t exceed 8-12 weeks and should never exceed the prescribed doses.

The consequences can be serious if we take them for longer or if we exceed the recommended doses. We should also never combine diazepam with other medication of our choice.

Let’s now look at the side effects of diazepam, which are the same as most benzodiazepines.

More common side effects of diazepam

Mild side effects of diazepam

Severe side effects of diazepam

In conclusion, it’s clear that a good portion of people on this drug for anxiety usually take diazepam for quite long periods, which often leads to dependence and tolerance. This means that we’ll gradually need higher and higher doses to achieve the same effect, and our health will suffer as a result.

Psychotropic drugs, although legitimate in many cases, are not always an answer or the complete answer to our anxiety or depression. Chemicals can numb, relax and reduce worries, but they won’t solve our problems.

It’s like using crutches when you’ve been shot in the leg: the crutches allow you to walk, but once you put them down, you won’t be able to continue if you don’t have any other means of support.

To use this analogy, by all means let’s use the crutches, but let’s concentrate on the operation (the psychological treatment). Let’s make room for the psychological approach and prevent our bodies and health from becoming dependent on drugs to live.

What Are Benzodiazepines? Uses and Consequences
They're extremely common in today's world, but what are benzodiazepines? What are the consequences of these pain, sleep, anxiety pills a lot of us use? Read more »
Link copied!
Interesting Articles
Social Psychology
12 Social Skills You Need to Succeed in Life

Psychology
Some People Are Filled With Envy

Some people only want to see the world burn. They are filled with envy. If you don't watch out for yourself,…