The Relationship Between Neural Plasticity and Reading

Learning to read sculpts the brain. This process allows people to acquire skills as complex as the interpretation of symbols. Learn more with us! 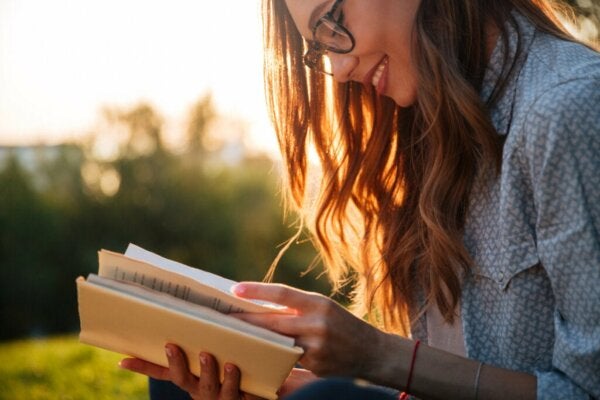 Everyone goes through situations that require adaptation. Of course, it’s more than likely that the brain has to actively participate in this adaptation process. Basically, any process we carry out may be related to it. This is where the relationship between neural plasticity and reading comes to be.

To understand what this is all about, we’ll first talk about how brain plasticity works in the processes humans carry out. In this article, we’ll delve into the nervous system from a biological and environmental standpoint. Keep reading to learn more!

Neural plasticity is an amazing phenomenon that occurs in the nervous system. It’s a process where some neurons are born, others change their branches (dendrites), and others simply die.

We’re talking about a phenomenon that makes both forgetting and learning possible. In case you didn’t know, your brain transforms as you acquire new knowledge thanks to something called plasticity. This phenomenon occurs throughout life.

On the other hand, reading is the interpretation of the meaning of texts. This experience is greatly used to acquire new knowledge. However, it must be practiced in order to do it in the best possible way.

The relationship between neural plasticity and reading

Neural plasticity and reading are related. Firstly, both work thanks to the nervous system. When a person learns to read, processes begin to occur in the brain. For example, the occipital cortex activates. Additionally, and in relation to plasticity, there’s a reorganization of neural circuits.

The interesting thing is that this is a process of environmental activation since, until now, no one had identified the part of genetics related specifically to the interpretation of symbols. Then, it’d be possible to speak of a process with an important direction or cultural conditioning.

When you read, the brain activates those areas dedicated to the translation of symbols or letters into language and the visual system. The information is transformed so that you can understand it. Complex object recognition also plays a role, and new connections are made. As you can see, significant changes occur in the brain when an individual learns to read. In fact, the cerebral activity of the cortex increases. For this reason, we speak of cortical reorganization.

How do we know this happens, though? Plenty of studies in the field of neuroscience have given us answers. For example, through neuroimaging studies, we now know that brain activation must be studied by areas.

Skeide and his colleagues conducted a study in 2017. Firstly, they looked at the brain images of a group of people before they learned to read and write. They observed significant changes in those who learned to do these actions. This study was longitudinal and the researchers used magnetic resonance imaging when the subjects were at rest. The study showed just how much the physiology of the brain could change in only six months of literacy.

A more recent study found results that pointed in the same direction. In 2019, Boltzmann and his colleagues investigated adult reading acquisition. In their case, they did a review that was published in the Zeitschrift für Neuropsychologie Journal. They found that most studies associated learning to read in adulthood with both structural and functional changes.

What areas are activated?

The areas of the brain that become active when learning to read in adulthood go beyond the occipital cortex. For example, subcortical areas, the midbrain, and the thalamus. In fact, researchers observed activation in the connections between the occipital lobe and the superior colliculus and pulvinar nuclei.

However, it’s important to consider the different cognitive processes that activate when a person reads. For example, attention, which is closely associated with eye movement. Similarly, the individual may carry out self-regulation processes related to executive functions, such as motor and emotional control.

It’s worth mentioning that researchers already knew about cortical reorganization and the way it worked in the brain. However, thanks to all these investigations, they were able to learn about the new regions of activation in relation to reading. These results add to the hypothesis that the neural basis of reading is much broader.

Brain Plasticity: How to Achieve an Elastic Mind
Albert Einstein said that the true potential of human intelligence relied on its ability to change. Learn about the elastic mind here! Read more »