The Outcome for Children of Demanding Parents

Demanding parents have one thing in mind: they want their children to be the best. But what happens when you push your children too much? 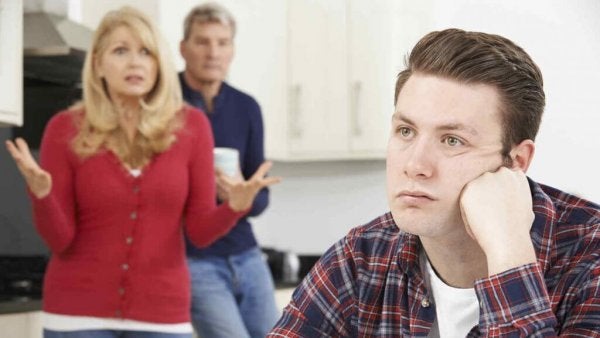 Parents want the best for the children. However, the problem lies when they become demanding parents. They don’t understand that their children see their wishes as demands, and get a different result. This, however, doesn’t justify their behavior.

Many demanding parents had parents who were demanding as well. Nothing seemed enough, and it wasn’t only about good grades at school. If they were practicing a sport they weren’t good at, there was always a “but“ or a “you could do better”.

Since this is how they were brought up, demanding parents think this is the way to go with their children. However, this parenting style may have some bad consequences.

Demanding parents are obsessed with perfection

Children of demanding parents are always trying to meet their parents’ expectations. As they think that nothing they do will ever be enough, children start feeling guilty. Sadly, children start demanding too much from themselves, beyond their capabilities or the resources they have at hand. This can lead to a lot of stress and anxiety.

According to the ANAR Foundation, for children and teens at risk, “A certain structure of the personality (self-demandingness, the need for control, looking for perfection…) can lead to some eating disorders, such as anorexia or bulimia“.

If a child’s parents tell them, “It’d be great if you get a B- in Math” and then, when they get that grade, they say, “We know you could do it. Now, try to get a B+”, this makes it complicated for the child. They’ll start believing their parents will never be completely proud or satisfied. Maybe not at first, but when the child gets an A and they’ll ask for an A+, the child will eventually burst.

Parents want their children to do well at school, but when it turns into a vicious cycle, where parents are never proud until the next big thing. This is a demanding environment that can lead to the disorders previously stated: anorexia and bulimia. However, this isn’t the only way children can react to their demanding parents.

Parents who aren’t happy with any result

Children with demanding parents may break under pressure. According to Dr. Amy Bobrow, a clinical psychologist and professor, “Make sure you communicate with your child when you’re proud when they did a good job. It’s important to balance that out. Otherwise, it becomes ‘Why are you always nagging me, always on my back‘”.

As nothing they do is ever enough, children can start showing different attitudes. All personalities are different, though. However, besides the disorders we stated above, these are some warning signs that’ll let you know when something isn’t working:

There are many ways to behave. However, the child can’t stay alert and they’re always looking for recognition and trying to meet their parents’ expectations.

Sooner or later, they’ll end up feeling depressed or just doing whatever their parents don’t want them to because they feel frustrated by that. The problem is that both reactions have bad consequences.

More often than not, this makes a lot of children drop out of school or stop practicing a sport they used to love. They just can’t take it anymore. It’s too much pressure. That’s why, even though demanding parents just want the best for their children, in most cases, they get the opposite result.