The Dilbert principle is a theory born in 1990 by drawing artist Scott Adams. He explains that companies tend to systematically promote the least competent employees to the management positions. This is to limit the damage they're capable of doing. These employees are the people from which the company won't ever demand real and feasible work. 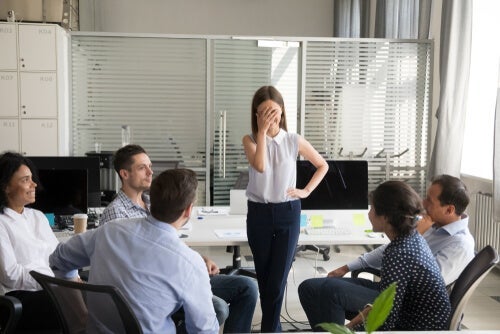 The Dilbert principle is a 1990’s theory by artist Scott Adams. The theory states that companies tend to systematically promote their least-competent employees to management positions. They do this to limit the damage they can do since they’re more likely to make mistakes. Companies avoid putting them in positions where real and feasible work is done.

According to the Dilbert principle, an incompetent software designer would get a promotion to give other competent designers the opportunity to work at peace. The recently promoted manager could spend their day going to less-important meetings, whereas the workers could dedicate their time to doing the work that actually benefits the company.

On the other hand, in a position where there’s almost no contact with reality, it’s harder to empathize and participate in the daily company problems. In addition, it’s easier to show disapproval of someone who doesn’t perform well when you see them in a different position.

Thus, if you’re really good at what you do, would you be less likely to get promoted? Is your skill an obstacle in your career?

The Dilbert principle: the concept’s origin

The Dilbert principle comes from another concept: the Peter principle. The latter states that people who are good at their jobs get promotions until they’re incompetent in the new position. Then, they no longer get a promotion.

However, the Dilbert principle argues that incompetent employees are intentionally promoted to keep them from doing damage in key positions.

How do promotions happen?

According to its author, promotions happen because the higher-level positions aren’t truly relevant to the company’s productivity. In a Dilbertian company, the least competent employees get the management positions because that’s where they can cause less damage.

However, according to the Peter principle, an incompetent manager was competent in their last position. With the Dilbert principle, it’s the opposite; leaders were worse in the subordinate positions. If they don’t understand technology and lack common sense, it’s better to put them where their limitations won’t hurt the company.

The Dilbert principle suggests a solution to the problem that the Peter principle exposes.

The Dilbert principle and meritocracy

Economists George Akerlof and Pascal Michaillat wanted to understand the promotion phenomenon in companies. To them, many promotions are the result of homophily and xenophobia. In other words, managers tend to promote people who are similar to themselves and reject heterogeneity.

This logic also explains the low female representation in the business world. It’s very common for male executives to hire and promote more men than women.

A statistical approach to workplace promotions

Many economists believe that randomness better explains good business performance, which isn’t that surprising. Unlike the material world, where physical and mathematical laws make it possible to predict events with a controlled level of error, human behavior isn’t as easy to program or guess.

Randomness in a work environment can make things work well. Factors as important as the relationship between co-workers or a person’s adaptation to a new city are difficult to predict.

Despite its popularity, some people still believe that the Dilbert principle isn’t as valid as it is curious. However, some researchers have helped boost its credibility and state that it’s much more present in companies than many would think.

When the Dilbert principle started to appear in texts, most human resources experts and business organizations considered that it was nothing more than a humorous version of government management hierarchical theories. It makes no sense for company leaders to deliberately promote their less competent employees to better positions.

Over time, however, many of these same experts would come to appreciate it. In many big corporations, it became clear that certain senior management positions had little to do with the company’s daily operations. In fact, executives were more likely to promote incompetent employees outside a regular department and in poorly defined management positions to appease unsatisfied customers, co-workers, or supervisors.

While the Dilbert principle has some satirical connotation to it, it’s a mandatory read in many business organizations.

This principle is founded on a very strong premise, which is that higher-level positions in a company have less important responsibilities. Is this true? Well, the answer depends on many factors, which is why the Dilbert principle is hardly applicable in a systematic way.

Is Your Professional Career Aligned with Your Life Goals?
We all want to feel passionate about what we do, which is why it's important to analyze if our professional career is aligned with our life goals. Read more »
Link copied!
Interesting Articles
Culture
The 3 Psychological Stages of Unemployment

The Ishikawa diagram, also known as the fishbone diagram, is an essential tool in any company's quality management processes. Thanks…