Some of the best Superman comics are the self-conclusive ones, which require no prior knowledge or reading. Red Son is, perhaps, the best of all of them. 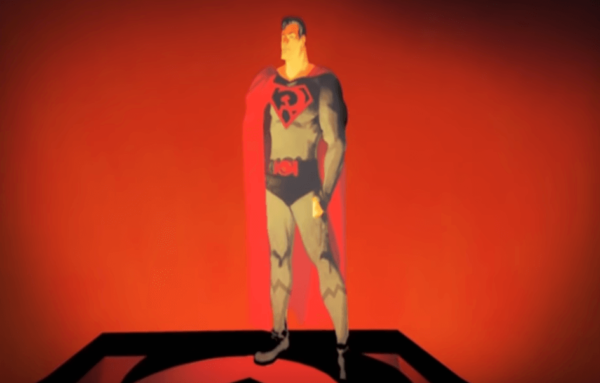 In 2003, one of the most recognized graphic novel writers of recent years, Mark Millar, created Superman: Red Son. Although the novel didn’t enjoy the recognition of his other creations, its virtues are undeniable.

The premise is quite simple, presenting a uchronia in which the Kryptonian Superman landed in Ukraine instead of Kansas in 1938. With a Soviet upbringing, the goodness instilled in him by his adoptive parents remained, but the results were quite different.

Many of the classic characters of his cartoons parade through the pages of Red Son, but with a new emphasis. Not only those who are familiar with the world of Superman found curious references. Readers with no background are also intrigued because the author also reinterpreted the central events of the 20th century under these same rules.

The iconography itself is reminiscent of posters from Communist times, and it transports us to that very sort of environment. Like any story of its genre, it doesn’t seek to portray an absurd realism, but, rather, approaches it in a thought-provoking way.

This premise raises all sorts of thought-provoking questions. However, the most interesting is, undoubtedly, how an omnipotent Ukrainian farmer would act under a Communist regime.

Evidently, and as one of the protagonists of the comic book picks up on, the existence of Superman is the direct negation of Marxist theory, the proof that all men aren’t equal.

This paradox confronts the Soviet system with its own contradictions, exposing its true Orwellian beliefs, and showing that some Soviets were “more equal than others”.

However, Millar avoids reductionism. The story is narrated by Superman himself, and doesn’t fall into a diabolical portrayal of the USSR. Unlike his classic comic counterpart, this superhero understands that the best way to use his powers isn’t in an individual, private, and more liberal way, but rather to put them to the service of the State.

Superman, like the rest of the Soviet people, works politically for the good of the nation and the workers.

Unlike what really happened in the 20th century, a Soviet Union with the greatest American pop icon in its ranks couldn’t fail to win the arms and space races.

As in the Western nightmares of the 1960s, the capitalist world is retreating to the United States and Chile, with a nod to the history of these American countries. A heroic Nixon is assassinated, and Kennedy lives long enough to ruin his own legacy.

But Superman’s omnipotent power seems more dystopian than utopian. In the face of the limitations that any Soviet official might have had, where does the power of the state end up when an all-powerful man climbs to its pinnacle?

Millar presents us with a basic premise: no matter how good the intentions of the wielder, power without limits becomes tyranny. Comrade Superman uses the methods available in science fiction to repress chaotic freedom in pursuit of perfect order, including mind control.

If the Man of Steel is the hero of the USSR, then, of course, Lex Luthor must be leading the American hope, but not without cruelty. Faced with this tyrannical order, Batman’s libertarian dissidence arose. Wonder Woman also shows her disappointment at how political power corrupts goodwill.

Superman: Red Son, much more than a parody

In short, the work has many virtues apart from its excellent drawing and agile narration. The constant historical references go beyond the characters they refer to or the dynamic visions that it offers of them. Perhaps this book’s greatest achievement is the way it captures the hysteria of the Cold War.

A man with supernatural hearing, supernatural vision, and the power of a nuclear missile is the essence of Big Brother. The obsession experienced in certain sectors of American politics and society with the rising Russian powers would be more than justified here.

The political reflection here, although rather slight, is no less interesting. It presents a certain dichotomy between freedom and security, seen more openly in works such as Watchmen or the background of Civil War.

Superman, as an image of state power, highlights both the benefits it can bring and the abuses it can create. The reader will see the balance and limits of these two values as they reflect on this book.

It’s no coincidence that the leader of the Western world is Luthor, an egomaniacal villain; the Cold War isn’t a Manichean conflict here. Grays are a constant in this book, both in the script and in its sketches.

Why Are Superheroes’ Morals Important to Us?
Why are we so attracted to superheroes? Could the answer lie in superheroes' morals? Read on and see if you agree with us! Read more »
Link copied!
Interesting Articles
Literature and Psychology
Letters to a Young Psychologist by Ignacio Solares