Realistic or Pessimistic? Which One Are You? 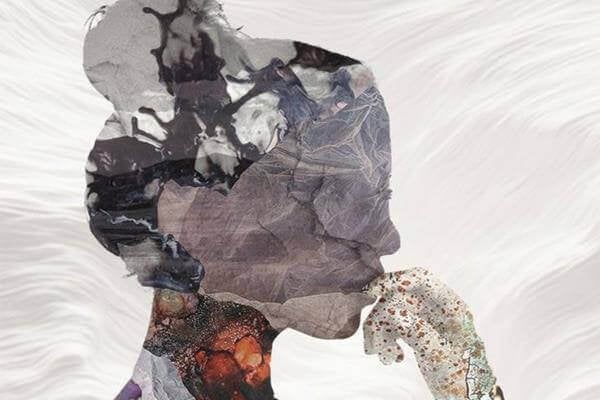 Has anyone ever called you a pessimist? If the answer is yes, but you don’t agree and want to know whether it’s true or not, then this article is for you. Being realistic is often confused for being pessimistic. But these are two very different personality traits. What kind of person are you?

First of all, it’s important to understand that the tendency to see the negative in things is normal. It has an evolutionary and adaptive reason behind it. It’s meant to protect you from things that could potentially hurt you.

In other words, your psychological protection system is more interested in things that are going wrong and could hurt you. Much more than things that are going well and currently benefiting you. However, when someone only sees the negative parts of what’s happening, they’re a pessimist. This adaptive function of detecting the “negative“ becomes a problem and drags down your mood.

There is in fact a middle ground between pessimistic and optimistic. An optimist tends to see the world through rose-colored glasses. The middle ground is called realism. In order to help you understand the differences between realism and pessimism and see which one you are, we’ll explain the concepts below.

What are the traits of a pessimistic person?

If you identify with pessimism and think that you fall into this cognitive mistake, don’t worry! This mistake has a solution. There are scientifically proven psychological techniques, such as cognitive restructuring and cognitive fusion, that can help people distance themselves from certain thoughts. They can also help people modify their psychological automatisms and negative thought patterns.

“The pessimist complains about the wind; the optimist expects it to change; the realist adjusts the sails.”
-William George Ward-

Am I a pessimist?

If you want to know what kind of person you are, keep in mind that pessimistic people see adversity and expect the worst possible outcome. Even when it’s very unlikely.

In this sense, being pessimistic is — in part — due to having an anxiety-based personality type. These are people on one extreme of the anxiety “trait” and that’s why they see life from a negative point of view. When someone is pessimistic, they unconsciously tend to limit themselves, think of the worst, and are more sensitive to uncertainty. They deal with uncertainty by expecting the worst so they can be prepared.

Basically, if you’re a pessimist, you automatically see negative aspects even in positive events or situations in your life. In other words, pessimistic people focus on things that went wrong even in the midst of successes. If you’re pessimistic, then you have a hard time enjoying your accomplishments because you focus what you could have done better.

“True realism consists in revealing the surprising things which habit keeps covered and prevents us from seeing.”
-Jean Cocteau-

Then…what are the traits of a realist?

First of all, the most characteristic trait of a realist is that they don’t rush to pass judgment. They wait to see how things develop before they come to an opinion. They wait to see what happens and, once they have all the facts, they make a judgment. Only then do they decide if something is good or bad.

Therefore realistic people remain relatively neutral before the outcome of things is known. They are able to keep their expectations adjusted to reality.

Likewise, realists don’t just mentally prepare for everything that could go wrong (keeping objective facts in mind). They also prepare to enjoy what could go well. In other words, these individuals are ready for any kind of outcome.  They know how to enjoy their accomplishments and are prepared for possible failure. But failures don’t keep them from pushing ahead to accomplish their goals.

At this point, you’ll realize that realists do not employ catastrophic thinking. They appropriately assess the positive and negative sides of situations and problems. That’s what makes them realists.

After reading all of this, if you’ve discovered you’re a pessimist, we’d like to remind you that a psychologist can help you change these aspects of your personality. They can help you avoid catastrophic thinking and selectively filtering the information you take in. Are you up for it?

For the World, I’m a Pessimist. For my People, I’m Optimistic.
Some optimistic emotions and sensations can only be awakened by personal relationships with your family and closest friends. Emotional support, love, security, and protection makes us look at the people around us from a more hopeful perspective. Read more »
Link copied!
Interesting Articles
Psychology
Erikson's stages of life theory

The word "dependence" refers to certain conditions, limitations, or restrictions imposed on us by our environment. For example, to be alive, we depend on eating, drinking, sleeping, breathing, etc. In this sense,…

Some of the mistakes we make when it comes to communication can intentionally get us into a lot of trouble. The…

Psychology
The Tongue Doesn't Chew, but It Can Bite

Everybody knows that the tongue doesn't chew, but it can bite. It does this using words, tone, and cowardly phrases that go…