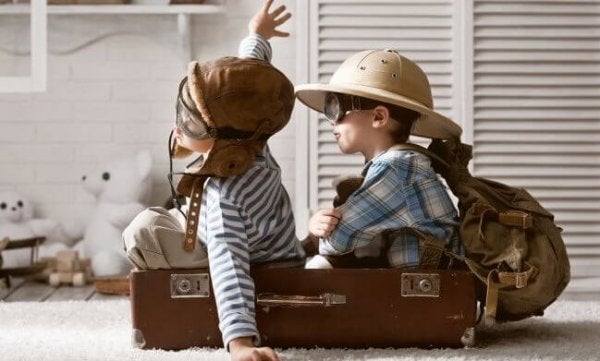 Would you dress your son in pink to go to school? Would you allow your son to play with dolls or take ballet classes? Would you support your daughter if she wanted to play rugby? What if she wanted to learn how to be a mechanic or wear her hair really short? For many people, these questions are easy to respond to in theory, but they continue hoping their children don’t turn out this way. Is the definition of gender really so weak that a color, a dance, a sport, or an article of clothing can change it?

For many people, yes, especially when it comes to boys. With the advance of feminism, certain behaviors that used to only belong to men are completely normal now for women. Voting, wearing pants, and working are now considered normal for women, although many more advancements are still necessary.

However, when men do “womanly” things, they’re still judged for it. Perhaps female behaviors are inferior? Or is it that women themselves are inferior, and wanting to be like them is degrading? What’s so bad about acting like a woman? What would happen if we stopped using gender to limit our children’s lives?

“Girls doing boy things (wearing pants, smoking, this crazy thing called working) has been seen as an advancement in the recent history of humanity. Doing things men do is an aspiration. We’re going to try to make people see doing girl things as an advancement for men as well. And to do so, maybe we have to start telling boys that dancing, wearing pink, and showing their emotions and weaknesses without the fear of being emasculated, are all very good things.”

We often don’t realize that children just want to be happy. That they enjoy a range of things — toys, colors, and clothing — but that they don’t associate any meaning to them. Children don’t care about gender, just the things they like. Adults are the ones who take these things away, because we’re the ones who assign meaning to them.

“A few days ago, my two-year-old son picked out a pink toothbrush in the store to take home. A pink toothbrush, of course, that he was going to use to replace another pink toothbrush that he was using, because he liked the color. When it came time to pay for it, the cashier asked him, ‘Is that for you or your little sister?’ When she found out it was for him, she added, ‘Wouldn’t you like the yellow one better?’ The boy’s mother, looking at the cashier with a face that explained everything, said, “No, the boy chose the pink one, and that’s perfectly okay.'”

Situations like the one described by Peinado occur every day, and adults are to blame. Children grow up thinking that it’s bad for boys to like pink and do girl things. But what’s so bad about it?

Women get pregnant and give birth, but both parents have to take care of their children. Both have to feed them, change their diapers, and go for walks with them. So why is it okay for girls to play with dolls to learn about parenthood, and not boys? Are we not teaching them that mothers are the only ones responsible for raising children?

We don’t just have these ideas about dolls. Expressing emotions is also considered a girl thing, and we fail to realize that this deprives our sons of a part of themselves. We tell boys that they’re brave and strong, that they have to fight, that crying being sad are weak. Doesn’t this teach them that having emotions is bad? Or worse, that being themselves is bad?

Can children be who they want to be?

We like to think that in modern society, with all the advancements that have been made in terms of equality, our children, both boys and girls, can be whatever they want when they grow up. But then we raise them with gender stereotypes, and everything is gendered. Just look at toy catalogs and you’ll know what I mean.

Save for a few exceptions, if we think about what we give our children as gifts, we can see what our children will come to be if we continue raising them this way. For girls, there are dolls and toys that emulate housework. For boys, however, there are cars and construction toys.

So girls can only aspire to be mothers and housewives, and boys to work outside of the home? If we continue to tell them that dancing and dolls are girly, or that football and Legos are for boys, the answer is definitely yes. If we allow them to choose freely without judging their decisions, then they can be whatever they want to be.

It’s up to us to raise our children without stereotypes

Ideas of what’s proper for a girl or a boy continue to be fashionable. But the good news is that we, the adults, can change this. We hold the key for future adults.

As parents and caregivers and adults in general, we have to understand that it’s up to us to raise our children without gender stereotypes. We have to give them the freedom to choose what they want and raise them to respect other people’s decisions, because there are no boy things or girl things, just things that are healthy and fun for all children. Let’s raise children, not genders.

Psychology
Do You Know What Babies Learn To Do Between 4-6 Months?

Changing your opinion doesn't mean you're moving away from who you are. You're realizing the people you believed in aren't trustworthy.…