It's OK to Make Mistakes if You Learn from Them 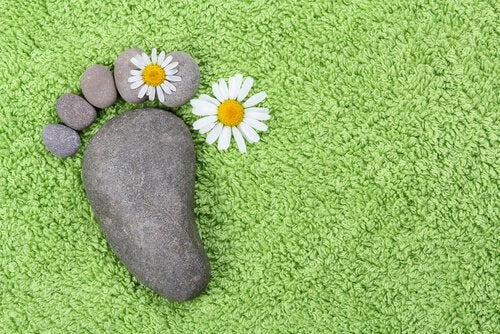 When Thomas Edison let the world know how he had created the high resistance light bulb, after many trials and errors, he said: “It was not a thousand unsuccessful attempts. It was an invention with a thousand steps.” What the words of Edison teach us is very significant: we can fall many many times, and make many mistakes, but the important thing is to always learn from them.

Between the years 1878 and 1880, Edison worked on at least 300 theories in order to develop an efficient incandescent light bulb. This shows the importance of perseverance and having the willpower to not give up. As well as the will to get back up after stumbling and falling down.

“Why repeat old mistakes, with so many new mistakes left to be made?”
-Bertrand Russell-

Making mistakes is human, but every mistake should teach us how to get back up and learn from what happened. It’s of no use to lament or look for explanations from other people, when the only effective thing to do is to reflect and learn your lesson.

From a young age we’re taught that the best people are the ones who don’t mess up. Grown ups hide the fact that in order to reach the level of performance they have now, they had to make countless mistakes along the way. One after another, over and over again.

In the year 2011, the magazine Psychology and Aging published a study that affirmed that as we age our brain learns more from mistakes than it does from successes. In the study, the results of learning through trial and error were compared with the results of learning without mistakes being made, through memory exercises. The study involved groups of adults between the ages of 20 and 70.

Two methods of learning were applied. One involved passive learning in which the participants were given a category, such as “flower”, and a word related to it, such as “rose”. The other method consisted of a “trial and error” style of learning: in which a category was given, but the person had to guess the related word.

The conclusion of this study was that older adults remembered the key words better if they learned them through the trial and error method.

This is because the elderly suffer a gradual decline of memory due to aging. So they remember things better if they use the trial and error method, since they have to make certain associations that require more work within the brain.

“A man can make many mistakes, but he doesn’t become a failure until he starts blaming others for his own mistakes.”
-John Borroughs-

The shadow of perfectionism

Certain people are not capable of admitting their mistakes. They are so demanding of themselves and others that any mistake is seen as a failure and a defeat. Perfectionism can be a virtue to a certain extent, especially in more important tasks. But it can be harmful if every single identification of a mistake leads to a huge internal struggle.

Avoiding perfectionism should be based on the acceptance of ourselves and the idea that goals are flexible to the extent that they have to adapt in order to cope with any changes in our conditions. This doesn’t mean that we should abandon our goals, but rather that we must see them with a certain degree of realism. And we must learn that there are different ways to reach them.

Celebrate your achievements. If we live our lives heading straight from one punishment to the other, forgetting one mistake only when another one takes its place, we’ll miss everything we accomplish.

Try not to repeat your mistakes

Every mistake holds a lesson to learn. But one thing is essential, you should avoid making the same mistake over and over again. Because in that case, you’re not evolving or learning anything new. Every time you face a situation similar to one from your past, one in which you made a mistake, it’s advisable to look within and ask yourself:

The answers to these questions will help you when it comes time to act, but this time, hopefully, with greater success…

“Our reward can be found in the effort we put in and not in the results we obtain. A complete effort is a complete victory.”
-Mahatma Gandhi-

Psychology
Dreams Originate in the "Hot Zone" in Your Brain

New research and new discoveries in sleep science are always fascinating. For many people, dreams are an important source of…

Psychology
How to Fight Obsessive Thinking

Obsessive thinking affects 1 in every 50 people. It's one of the psychological problems that people who suffer from it…

Female anorgasmia is a problem that affects many women, causing great psychological and emotional discomfort. In the past, people's sexual…