The pia is the innermost layer of the meninges. It's a delicate vascular structure that surrounds and adheres to the surface of the brain and spinal cord. 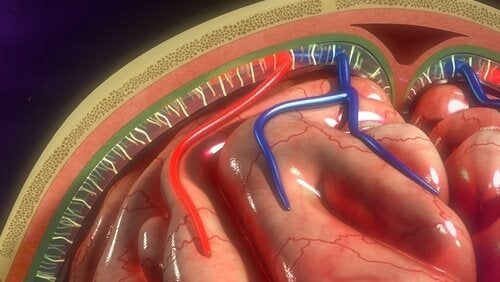 The brain and spinal cord are surrounded by three membranous layers: the meninges. The three meninges are the dura mater, the arachnoid mater, and the pia mater. The last two comprise the leptomeninges. The dura mater is also called the pachymeninx.

The main function of the meninges is to protect the brain. This is a very vulnerable organ that needs special protection. No other organ needs it, at least not in the same way. In addition, these protective layers are part of the blood-brain barrier.

The meninges stem from another layer known as primitive meninx, which is composed of elements derived from mesenchyme and neural crest. The primitive meninx is separated into two distinct layers: the internal (endomeninx) and the external (ectomeninx).

The endomeninx is different from the arachnoid mater and the pia mater and it derives from both the mesoderm and the ectoderm. On the other hand, the ectomeninx forms the dura mater and the bones of the neurocranium and is composed of only the mesoderm.

Structure of the meninges

The dura mater is the outermost layer of the meninges and it has two layers. The outer layer is the periosteum and contains blood vessels and nerves. It adheres to the internal surface of the skull, with joints especially adjusted to the base of the skull.

The name of the deepest layer of the dura mater is the meningeal layer. It’s responsible for the reflexes that divide the brain into compartments.

Among these compartments, the most prominent are: the falx cerebri and tentorium cerebelli. In addition, there’s no distinctive border between the dura mater and the periosteum. The layers distinguish themselves histologically by the fact that the meningeal layer has fewer fibroblasts and proportionally less collagen (2).

Two separate cell layers form the arachnoid mater. The arachnoid barrier cells layer is located following the edge of the cells of the dura mater (3). This layer is full of cells closely linked by numerous desmosomes and tight junctions. Thus, this layer keeps fluid from moving through it.

The reticular arachnoid layer is deep inside the arachnoid mater. Its cells connect the subarachnoid space and attach to the pia mater. They also enclose the blood vessels that pass through the layer (1).

Arachnoid villi are microscopic structures that play an important role in the absorption of CSF. However, the way they work is unclear. Some believe that arachnoid villi may also play a role in regulating CSF volume.

The pia mater is the innermost layer of the meninges. It’s a delicate vascular structure that surrounds and adheres to the surface of the brain and spinal cord and protects it.

It creates a continuous layer of cells that attach to the surface of the brain and then submerges in the fissures and grooves of the brain. Desmosomes and gap junctions link the cells, which allows the layer to function as a barrier.

Virchow-Robin spaces are located around the vessels and surround the small arteries and the arterioles. They pierce the surface of the brain and extend inward from the subarachnoid space (1).

These spaces increase in size as they age without an apparent associated loss of cognitive function (4). In addition, the dilation of these spaces is related to conditions such as hypertension, neuropsychiatric disorders, multiple sclerosis, and trauma (5).

Brainspotting Therapy: A Psychotherapeutic Breakthrough
The resolution state can happen at any time between the first session and several months, and even after years of brainspotting therapy. Read more »
Link copied!
Interesting Articles
Biographies
Was Salvador Dalí a Brilliant Madman?

Alejandra Pizarnik's quotes show a poet endowed with an impressive sensibility and out-of-the-ordinary lucidity. This artist was the daughter of…