How Do Children Make Moral Judgments? 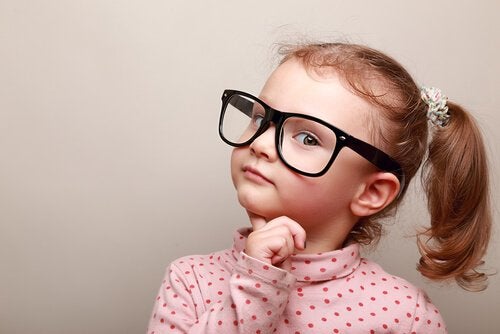 One of the most complicated parenting issues is how to teach children the difference between good and bad. This is partially because adult role models have to set a consistent example if that’s what the aim is. Before teaching them the difference between right and wrong, it’s important to understand how children make moral judgments in the first place.

Up until relatively recently, people thought that young children weren’t capable of making proper moral judgments because they don’t take certain factors into consideration, such as intentions. But research has demonstrated that children are capable of evaluating good and bad much more like adults than we previously thought.

In the 1930’s, Swiss psychologist Jean Piaget, known for his theory of cognitive development, explained that children go through three stages of moral reasoning as they mature. Psychologists who followed him have also studied how moral development occurs and how children think about right and wrong.

To study moral reasoning, Piaget presented children with short stories. After compiling their responses to various scenarios involving morality, Piaget concluded that children are unable to consider the person’s intentions when they judge the morality of their decisions. Instead, they focus on the actual events that occurred.

Decades later, psychologist Lawrence Kohlberg came up with his own theory of moral development. He presented children with moral dilemmas to determine how they think about good and bad.

According to Kohlberg, children between from 2 to 10 cite the associated punishments and rewards when making moral judgments. If an action is punished, it’s bad. However, the answer to how children think about right and wrong isn’t quite that simple.

Do intentions matter to children?

Do children really not take intentions into account? More recent studies show that Piaget’s and Kohlberg’s theories of moral development are deceiving. They show that if the researchers emphasize the characters’ intentions throughout the story, using images and toys to help them understand, then children do incorporate intentions into their judgments.

One reason why intentions must have an explicit emphasis is that it’s hard for children to remember every detail. If you don’t ask them to remember the intentions behind an individual’s actions, they’ll base their judgments on the most recent aspect of the story: the result.

But to what degree are intentions and results important to children? Research on both children and adults suggests that one’s judgment of an intention can change depending on the result of the action.

Our beliefs about other people’s intentions depend on whether the result of the action was good or bad. If an action has negative results, both children and adults are more likely to think that was the intention.

Right and wrong according to indirect consequences

Why are children and adults more likely to say that actions with negative side effects are intentional? One possible answer has to do with violations of norms. Philosopher Richard Holton said that our intuitions about other people’s intentions are explained by whether the action violates or upholds a norm.

If it infringes upon an established norm, we think that the action is intentional. On the other hand, if it upholds a norm, we don’t view it as intentional. We think people follow norms without much effort but make a conscious effort to violate them.

This is known as the Knobe effect. It’s a peculiar asymmetry in the attribution of intentionality regarding the foreseen effects of people’s actions. All things equal, bad results are believed to be intentionally produced, but not good ones.

Recent studies suggest that children’s moral reasoning is more complex than we had thought. The first few studies that utilized moral dilemmas were flawed because they were too complex. In addition, researchers didn’t fully understand children’s cognitive abilities.

More recent studies say that children match the adult tendency to balance intentions with results in their moral judgments. That is, when questions are asked clearly and in a way that children can understand.

Psychology
The Importance of Knowing How to Disconnect

In the era of globalization, to disconnect or unplug yourself from the routine, especially from work, seems to be an…

"I need motivation to keep on working." "I can't move forward without love." "I have to make sure I'll get…

Psychology
You Are Your Own Master Work, Work Hard On It

During your life on Earth, you have an important role, even if you insist on shrinking your existence through that…