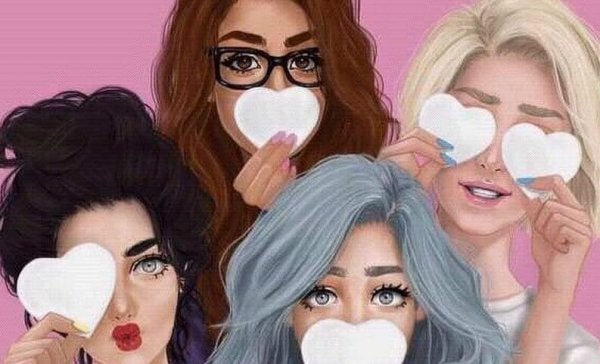 Friendship means unexpected and explosive fits of laughter, the kind where people stare at you and your face turns red and you cry. The kind that heal the the heart’s troubles.

Friendship has a lot of side effects, but the most cathartic of them is without a doubt the pleasure of laughing with someone. Just like crying will always be much better than silent weeping, laughing is always more beneficial than simply smiling.

I love those friends with whom I can share craziness, coffee, and fits of laughter. I love them because these friendships happen by chance, almost without knowing how, and they become a part of my true family.

As a matter of fact, there’s no better pain than when your stomach hurts after laughing so much. Because this feeling reflects social cohesion and happiness, and because friendship is also a way to recycle tears and disappointment into laughter and wisdom.

Fits of laughter that ease the pain

Humor is the most admirable thing that can arise from adversity, and we have the pleasure of sharing it with the people who mean the most to us. In the case of women, friendship is easily the best daily support we have, and it favors emotional relief and catharsis.

In fact, according to a study published in Psychology Today, friendship between men is more instrumental and less emotional than that of women, and even though the bond can be just as close and meaningful, they don’t get to such a deep level of understanding, intimacy, and intuition that provides such genuine moral support.

During difficult times, it’s common for one friend to make a comment that adds a spark to the darkness, causes thoughts to fly, and alleviates tension. Soon, somebody goes a step further and makes a jump to the ironic, the absurd. This gives rise to the true medicine of the soul for life’s miseries: fits of laughter.

True Friends Can Be Counted on One Hand

Laughter, glue for the brain

Laughter might seem trivial, sometimes ephemeral, other times chaotic, explosive, or nonsensical, but it truly acts like glue for the brain. There’s always a meaning behind it, and rarely does an emotion have such high social implications and impact.

Greg Bryant, a professor at the University of California Los Angeles (UCLA) performed an interesting study that demonstrated that by listening to just a few seconds of laughter between two people, you can figure out whether they’re friends or not, and how close of friends they are. The task was conducted in many different countries and cultures, which demonstrated something that anthropologists already knew.

Laughter is a part of our evolutionary development, as well as an instinctive mechanism that favors cooperation between humans. The brain reminds us that social bonds are good, that they’re necessary for survival, hence the fact that laughter acts as a tremendous emotional magnet. If you can determine the intensity, musicality, and cadence of laughter, you can figure out what kind of relationship it is.

However, fits of laughter accompanied by the understanding and intimacy of eye contact, where two people can read each other and feel each other from the heart, add to the recipe that builds the most lasting relationships. These are the emotional ties that get us up off the ground, the sugar that helps us digest the bitterness of the day, the magic formula that convinces us that the world will always be worthwhile as long as these exceptional people exist.

Therefore, laughter also helps us survive and unites us with one another. It is pleasing to the brain, and thus rewards us with endorphins to relieve stress, tension, and fear.

However, like we said at the beginning, simple smiles do not heal, nor do tears that are held back. Crying is what heals, and boisterous laughter is what makes the heart happy.

To conclude, we’ll leave you with a little joke that Richard Wiseman, a British psychologist and researcher from LaughLab, would often use in his surveys to evaluate the sense of humor of his participants. While they read these lines, they reminded participants of something essential that we should never forget: the best time to laugh is always now.

“Sherlock Holmes and Dr. Watson were going camping. They pitched their tent under the stars and went to sleep. Sometime in the middle of the night Holmes woke Watson up and said: “Watson, look up at the stars, and tell me what you see.”

Watson replied: “I see millions and millions of stars.”

Holmes said: “and what do you deduce from that?”

And Holmes said: “Watson, you idiot, it means that somebody stole our tent.”

Although we are all familiar with the saying "do unto others as you would have them do unto you," inevitably there…

Wellness
Your Way Of Thinking Defines Your Feelings

We are thinking and feeling beings. Our way of thinking determines what we feel, and we take what we think as…

Wellness
What Effect Do Emotions Have on Your Back?

Plato said that the body is the soul's prison. Sometimes it's less of a friend than a messenger that tells…