Ernesto Sabato lived a fascinating life. He was the kind of intellectual who dabbled in everything, from science to literature, politics to philosophy. Sabato broke many barriers when he was alive, and continues to do so with his immortal body of work. 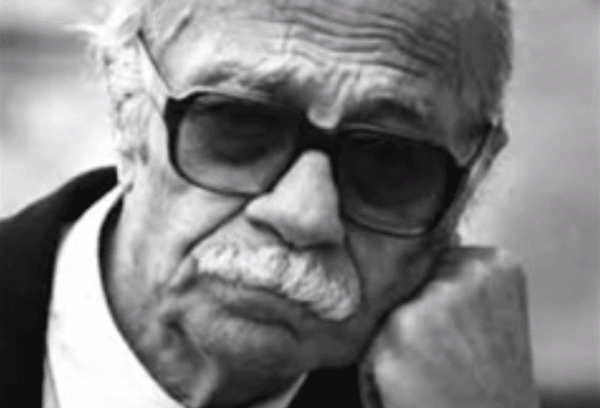 Ernesto Sabato was an intellectual without borders. He captivated people with his writing and brilliant speeches. Although the world fell in love with the Argentinian author’s words, he also made a name for himself in other fields.

Sabato was a renaissance man who made important contributions to literature, science, and philosophy. The fact that he made his mark on every field he decided to explore speaks to his brilliance and creativity. We’re dedicating this article to Sabato’s life, his writing, and his multidisciplinary legacy.

Ernesto Sabato was born on June 24th, 1911 in Rojas, Argentina. He was born into an Italian middle-class family and he was the tenth child of eleven.

He spent most of his school years in Rojas, but then moved to La Plata to finish high school. He went on to study physics at the National University of La Plata. While he was there, he met his future wife, Matilde Kusminsky Richter.

In 1934, the Communist Party of Argentina sent Sabato to Moscow as a delegate. However, during his layover in Brussels, Sabato decided to escape. He fled to Paris, where he worked on his writing for a time. Then, he returned to Buenos Aires to get married.

In 1937, he got his doctorate in Physical Sciences and Mathematics from the National University of La Plata. From there, Sabato decided to continue his research in Paris. On May 25th, 1938, his first son, Jorge Federico, was born.

Just before World War II broke out, Sabato was transferred to Massachusetts. In 1940, he returned to Argentina to work as a professor at the National University of La Plata. He taught engineering and worked with post-graduate students on relativity and quantum mechanics.

The switch to writing

In 1943, he decided to leave the sciences and devote himself fully to art. He moved to a ranch in Córdoba with no running water or electricity and started writing. He collaborated with several magazines and also wrote reviews.

In the later part of his life, Sabato primarily dedicated himself to writing. However, tragedy struck the family when his son, Jorge Federico, died in a car accident in 1955. His wife died about forty years later in 1998. Sabato lived to be nearly 100 years old. He died from pneumonia on April 30th, 2011, just 55 days before his 100th birthday.

Ernesto Sabato, much more than a writer

Although the world knows Ernesto Sabato as a writer, as we mentioned above, he dabbled in many other fields during his lifetime. Here are some of his contributions to other disciplines:

Ernesto Sabato was also very interested in philosophy. He valued knowledge and considered it the true source of human liberty. Sabato wrote several philosophical articles that were very critical of science. He argued that science, unlike philosophy, was dehumanizing.

When you look back on Sabato’s life, a common thread that ran through everything he did was a strong interest in social, cultural, and political subjects. This interest resulted in some very prestigious jobs, such as his position as director of UNESCO and the Foreign Affairs Ministry. He eventually resigned from both positions due to disagreements with the organizations.

As we’ve said above, focusing only on Sabato’s work as a writer would not do justice to his varied intellectual activity. However, critics and fans all over the world praise him for his written work. Here’s a quick summary of some of his most famous books:

Ernesto Sabato also published many articles, most of them philosophical. A few of his more political pieces stand out, such as “The Other Face of Peronism: Open Letter to Mario Amadeo”, in which he defends Evita Perón and her followers.

Many important and famous authors praised Sabato’s work and he was featured in many magazines and interviews. He also received awards for his writing, most notably:

Without a doubt, Ernesto Sabato left his mark on the world. His exploration in philosophy, science, and politics made him an incomparable author. Hopefully, this article inspires you to make some space on your bookshelf for his wonderful books!

Julio Cortázar: The Life of an Argentinian Intellectual
In this article, we're going to tell you about Julio Cortázar, one of the most important writers in history. Learn about his fascinating life here! Read more »

One can confidently say Federico García Lorca is one of the best-known Spanish writers worldwide. This is due to the…