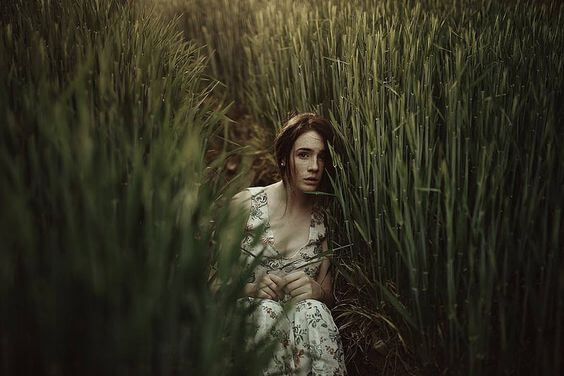 People usually talk about emotional dependence in the context of a marriage or dating relationship.

In this context, it’s a complex psychological state that makes it impossible for a person to end a harmful relationship. Even if they’re aware of the problem, they’re incapable of cutting ties with the person because they believe that it’s doing more good than harm.

It’s an unhealthy kind of relationship that seriously affects the dependent person’s self-esteem. They idealize their partner and are incredibly afraid of being alone.

If the relationship ended they would experience withdrawal. Like a true addiction, they create an unbalanced and destructive relationship.

However, emotional dependence doesn’t just happen in romantic relationships. In fact there are two other types that we would like to shed light on today.

Emotional dependence doesn’t just happen in romantic relationships: what does it look like in a family?

Emotional dependence in the family happens when one member displays unhealthy attachment towards another. Their behavior is obsessive and oppressive, and comes off as strange to the object of their dependence.

One example would be a parent needing to control one of their children and know what’s going on with them all the time.

So what happens when the child wants more independence? The parent starts to play the victim, crying and using other manipulative techniques. They’re trying to not lose the child that has become the center of their universe.

If none of that works, they call even more often and suffocate the relationship.

It’s not good to normalize unhealthy attachment styles . Why? Well, like we’ve seen, these unbalanced, harmful relationships can have serious consequences.

In addition, many relationships continue like this because there is mutual dependence. The parents raise the child, the center of their lives, to feel insecure and be dependent.

People who in this category need to be recognized by others in order to feel accepted. Maybe that’s why they spend so much time worrying about other people’s problems and forget about their own. They try to boost their self-esteem by using external sources.

This is how they get meaning out of life. They need to be connected to others, to serve some purpose, to sacrifice themselves so that others are happy and thus make themselves happy. As we know, dependent people put their happiness in other people’s hands.

In their social environment, emotionally dependent people are always concerned with pleasing others. This keeps them from having a healthy level of assertiveness.

And they end up wasting a lot of energy, both physically and emotionally, by building relationships that just bring them disappointment.

Emotionally dependent people desire exclusivity from the people close to them.

They don’t just want exclusivity from their partner, family, or friends, but a combination of all three. They know no other way of relating to the people they love. Why do they act like this? Because they think that it means the other person cares about them.

But what about themselves? Emotionally dependent people seek out people who are authoritative, manipulative, and narcissistic. They are attracted to people who project confidence at first, although it later proves to be fake.

Pay attention to the warning signs. Idealizing and prioritizing other people over yourself will take you away from the most important kind of love there is, the kind that would put a stop to emotional dependence: self-love.

Practice Self-Love in Order to Be Happy
The only love that lasts forever is self-love. Hence, if you don't worry about maintaining it, who will? It's not good to settle for "less than"s... Read more »

Link copied!
Interesting Articles
Psychology
"If You Love, You Suffer. If You Do Not Love, You Get Sick"

An optimist's brain focuses, processes, and understands reality in a different way. This ability to see a ray of light where…

Psychology
The Danger of Good Intentions

Good intentions are empty if they don't result in action. But it's also important to resist taking action too hastily, which could lead to undesired consequences that could discourage you…

Psychology
A Mother Is a Mother, Not Your Best Friend