Being in an accident or witnessing one, being victimized, and the death of a family member, among others, are experiences that seriously impact the brain. Some can completely change your life and affect your psychological health forever, manifesting as acute stress disorders. 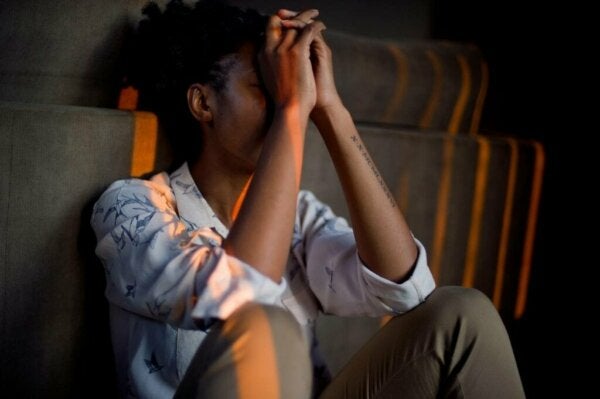 Few people are left unscathed after witnessing or experiencing a traumatic event. The mind receives the impact and feels the consequences. Thus, there are disturbances after a few days or weeks. Psychology refers to these as acute stress disorders. Although you may not be aware of it, everyone experiences trauma at some point during their lives.

No one is free from mental health problems. In fact, this type of disorder is possibly one of the most common. You may experience it when a loved one dies or when you witness a bad accident. Being the victim of an assault is also a factor.

Each person processes this type of experience differently. Also, some people have strategies for dealing with traumatic events. On average, it’s quite common for it to derive in states of high emotional wear, intense anxiety, sleep disturbances, behavioral changes, and emotional ups and downs.

Acute stress disorders usually occur when a person goes through a major event. However, this situation can be complicated if you don’t properly address it. Thus, you’re at risk of losing your mind if you don’t seek expert help.

Studies such as the one conducted at the University of New South Wales by Dr. Richard Bryant indicate that it’s crucial for a person diagnosed with acute stress disorder to receive adequate treatment. It’s the only way to prevent post-traumatic stress disorder (PTSD).

This clinical category emerged during World War I. However, they referred to it as shell shock back then. This term sort of described a reality in which the experiences on the battlefield were similar to projectiles aimed directly at the brains of young soldiers. Explosions on the central nervous system left them despondent and with a rather altered state of mind.

A person has acute stress disorder when they suffer a series of physical and psychological manifestations for at least three days in a row after experiencing a traumatic experience. It’s important to know they’re facing post-traumatic stress disorder if their symptoms last more than one month.

This is some of the criteria the DSM-V (Diagnostic and Statistical Manual of Mental Disorders) uses to make a diagnosis:

What are the causes of acute stress disorders?

Not everyone who goes through a traumatic experience will develop an acute stress disorder. In fact, mainly those who previously suffered from a psychological disorder (such as depression) develop it more frequently. Also, those with an avoidant coping style or who’ve suffered previous trauma are more likely to develop one.

A person must undergo therapy to avoid more exhausting and even chronic states after an acute stress disorder diagnosis. At least, studies like the one conducted at the University of Bergen (Norway) support the effectiveness of cognitive-behavioral therapy.

Strategies such as cognitive restructuring, relaxation techniques, and imaginary or live exposure facilitate progress and improvement in many of these patients.

To conclude, keep in mind that everyone goes through a traumatic experience at some point in their lives. Thus, you must seek help in order to manage its impact, attenuate the symptoms, and learn some coping strategies. You just can’t do some things alone.