If You Can Dream It, You Can Achieve It 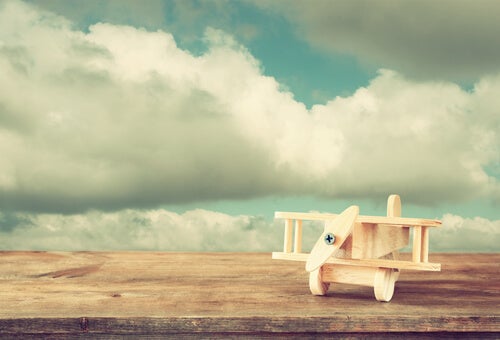 One day, a man and his friend dreamed in a garage about creating a computer that couldn’t be opened, that had no USB ports, that was incompatible with almost everything, and that everybody in the world would want despite the price and the fact that they didn’t need it. This man was Steve Jobs, the founder of Apple, one of today’s most important companies. Jobs exemplified the belief that basically, if you can dream it, you can achieve it.

Many ideas and dreams seem crazy when you first think of them, but they’re actually not. They’re innovative ideas that are ahead of their time, that break all the rules and stereotypes, and that involve a new way of seeing things. In order to achieve them, it’s necessary to be brave in the face of obstacles, but also to have hope that will keep you moving forward.

“Have the courage to follow your heart and intuition. They somehow already know what you truly want to become. Everything else is secondary.”

Dreaming is just the beginning

A dream is an image that we perceive as real in our minds while we sleep. Sometimes this image is so clear that it seems like we’re actually living it. On occasions, we can even perceive how everything smells, tastes, and feels in the dream.

Many writers and painters have created works based on the world of dreams. Sometimes the unconscious manifests itself, frees us from our ties to the real world, and lets us step into a different one.

Dreaming about things we’re passionate about, or about a reality that we desire, is only the first step towards creating an image in our minds. It becomes a canvas that gains clarity little by little, a seed that is fed by hope and grows. Dreaming is just the beginning.

Listen to your intuition

Intuition can be defined as the ability to understand or decide rapidly, in an instant. So quickly that the process usually escapes our awareness, and we don’t know how to explain it logically.

In just one day we have to make a thousand decisions: which clothes to wear, which route we should take to work, which form of transportation will we use. All of these decisions are made rapidly, because if that wasn’t the case, our days would be full of constant indecision and we’d waste a lot of time.

Up until about ten years ago, social psychology suggested that it was a good idea to make complicated and crucial decisions based on an exhaustive analysis of the situation. Yes, we’re referring to those lists that we’ve all had to make before: pros and cons.

However, in recent years the thinking has changed. We’ve realized two things: reality is often so complex that it’s impossible to put it in list form, and even if you complete the exercise perfectly, not all of the elements on the list have the same weight.

We look at successful people and realize that they passed over those famous lists. The decisions that famous people have made were usually fast and accurate, more linked to intuition. They say things like “in that moment I just felt it,” “I had a hunch,” “I did it without thinking,” etc. Cases like these led psychologists to question whether the rational horse that they bet on would really be the winner.

“Intuition is a spiritual faculty and does not explain, but simply points the way.”

Intuition comes with emotions and physical sensations. If you want to make a decision, you should focus on how you feel, and the physical impact that each decision produces. Do you feel well? Uncomfortable? Happy? How does each decision make you feel when you think about it? Which choice do you dream and fantasize about?

The path towards achieving your dreams

The path to your dreams might be complicated, but it’s one that you should draw yourself, placing little goals that you can achieve along the way until you finally arrive at the dream you desire so much. Focusing on smaller, doable goals at first will strengthen your confidence and show you that you can advance if you do it step by step and keep dreaming.

Confidence is an important aspect in being able to achieve your dreams. If you’re not confident that you can do it, nobody else will be confident, either. That’s why it’s important to focus on little, feasible goals that are more immediate, because every time you achieve one, you’ll reinforce the idea that your dream can become reality.

Being proactive is also essential, because that way you’re not letting yourself remain stagnant in the face of minor difficulties, or waiting for things to happen without doing anything. Nobody is going to come find you and offer your dream to you; it’s something you have to build up to with a lot of effort, daily work, and hope.

But remember, dreaming is the first step towards your goals taking shape.

“Don’t give up, because that’s life. Continue on the journey, follow your dreams, unlock time, run through the ruins, and open up the sky.”

Sometimes our bravery gets rusty and almost without knowing how, we are overcome by discouragement. That's when we need support…

Wellness
What do Most People Regret?

Numerous studies have looked into answering the question: what do most people regret? One of these studies became famous. It studied people who were about to die because of terminal…

Wellness
Say What Bothers You When It's Happening, Not When It's Too Late

The most appropriate time to indicate that something bothers you, overwhelms you and hurts you, is now. Only at this moment…

Wellness
He Who Faces Adversity Deserves the Strength

Life will hit you on more than one occasion, and at times it does so as hard as it can.…

Love is the most powerful feeling known to man. It is capable of changing people, much more so than the power of hierarchy, or the ability to convince people with words. The highest…