Terrorism in Barcelona: When Bad Things Happen to Good People 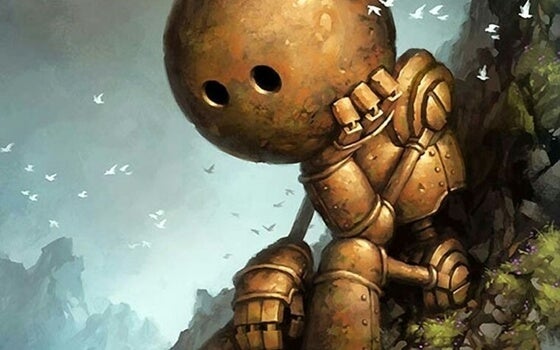 When injustice and adversity crash into good people, life loses its rhythm and logic. But what good-hearted people will never lose is hope.

Even if wickedness sinks them, goodness will always bring them back up. There’s a golden chain around all of us that will sooner or later turn us all into stronger, braver people.

They say terrorism has a weapon beyond taking lives and breeding chaos. This other weapon is to instill psychological fear in people.

That fear gives them power over their victims. It makes them sure the invisible threads of terror will change our way of life and expose our need to feel safe.

“Terrorists try to manipulate us and change our behavior by creating fear, uncertainty, and division in society.”
-Patrick J. Kennedy-

This past August 17th, we once again experienced that same feeling. It was after two new terrorist attacks in Barcelona and Cambrils, Spain.

Once again, we grieved the loss of life. The lives of beautiful, good people. Small children. Mothers and fathers. Of grandparents, friends, and citizens of 18 nations who were enjoying just another afternoon on one of our world’s lovely streets.

Evil has come to visit once again. And even though it’s not new or unique, even though there are dozens of people dying every day in the same circumstances all over the world, it’s more than that.

How should we respond to these situations? Psychologists specializing in the area of terrorism have an idea. Jeff Greenberg, Sheldon Solomon, and Tom Pyszczynski warn us that these things change us in a very specific way…

These days social media is filling up with photos of cats. Why? A great deal of Twitter users have joined together for one unified purpose: to stop the pictures of victims from spreading. Instead, let’s share pictures of our cats.

They also want to slow down the possible filtering of information that might be useful for terrorists. And it goes beyond the one attack; people are showing solidarity, a beautiful concern for their neighbor.

The citizens of Barcelona are offering people who need it a place to stay, transport is free, and businesses are doing their part, too.

These situations help us see something.  Despite the chaos, tragedy, and horror, acts of generosity are what dignify us in the end. The ones that show us how, more than we would’ve thought, our world is mostly inhabited by good people.

This is exactly what the experts say, including the ones mentioned above.

Doctor Jeff Greenberg is a psychologist at the University of Arizona. He explains that after a terrorist act like that, we put cultural survival mechanisms into motion.

Very few times make us feel as fragile and vulnerable as these events. Nothing is as devastating as feeling that our sense of security is a fraud. Or that terrorism is as indiscriminate as it is unpredictable.

But in these contexts, far from feeding hatred or a vengeful attitude, something very interesting happens with people. We feel more of a sense of community.

And, above all, people look for a way to rebuild the stability — and much more than just rebuilding a crumbled building.

What they’re looking most of all is to recover their emotional stability and confidence in who we are. A society that still believes in peace and respect.

People who, even though they’ve been wounded by terrible evil, keep trusting in the goodness of humanity.

Learning to Minimize and Maximize our Response to Terrorism

Psychologists and psychiatrists specializing in the psychology of terrorism suggest that in these situations, we need to put two types of response into practice.

Read on to find out what they are.

Unfortunately, bad things happen even to good people. But there’s a difference for people who understand that violence is a form of language and oppression.

They understand that goodness knows no surrender, and never gives in. We’ll stand up again to defend our values, and peace will be the flag we wave.

When Fear Dominates Your Life
Fear is a natural feeling that alerts us to the presence of danger or arises in response to the unknown. When fear dominates your life it's a problem. Read more »
Link copied!
Interesting Articles
Psychology
If You Tell a Lie a Thousand Times, Does it Become the Truth?

The subject of truth and lies is more complex than it might seem at first. What people believe is the…

What can you give to the world to make it a better place? What are your goals or dreams? How…

Psychology
A Butterfly that Thought It Was Still a Caterpillar: A Transformation Story

Psychology
Life Might Just Be Telling You to Wait