Being Asocial and Being Antisocial: The Difference 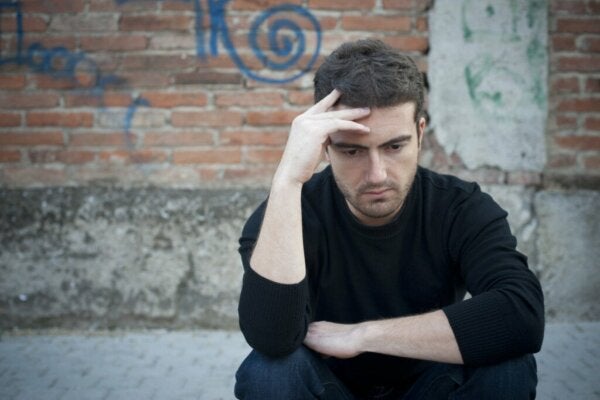 You may have heard someone say, “Don’t be so antisocial!” This expression is commonly used but very incorrectly so. The thing is that, many times, people use the term antisocial to refer to someone asocial (with difficulties or lack of interest in relating to others). Basically, people tend to use the term antisocial to refer to friends who suddenly don’t want to go out or who just want to be by themselves. However, the differences between being asocial and antisocial are great. In this article, we’ll be talking about these two terms and how they differ from one another.

For one, these two terms are similar in the sense that they share the suffix -social. Secondly, both are related to a person’s way of being. Nonetheless, they’re extremely different from each other. What exactly does each one mean? Also, are there any mental or personality disorders lying under the surface? Let’s find out.

Asocial and antisocial: how are they different?

To know the differences between being asocial and being antisocial, you first need to learn what each term means. In each definition, you’ll see how one term differs from the other.

What does being antisocial refer to?

When we speak of someone antisocial, we refer to a person who doesn’t care to break the rules established at the legal and social level. In other words, this person goes against the social order. Basically, we’re talking about a rebellious person who, although integrated into society, has a tendency to alter social peace.

In the latter case, we speak of a disorder classified as such in the Diagnostic and Statistical Manual of Mental Disorders (DSM-5). The main characteristic of this disorder is a dominant pattern of not respecting other people’s rights manifested at 15 years of age.

What does being asocial refer to?

On the other hand, when we speak of someone asocial, we refer to a person who finds it difficult to integrate and relate to society (or who directly has no interest in doing so). These individuals aren’t eager to break the rules, such as people with antisocial characteristics or antisocial personality disorder. However, they do find it difficult (or they have no interest in) integrating, participating in groups, and building relationships, among other things. In short, these people prefer solitude above anything else.

Interestingly enough, in many cases, being asocial isn’t about difficulty but rather a lack of motivation. The subject would much rather carry out activities alone and they have no interest in making friends. If we take this way of being to the extreme, we’d find autism spectrum disorders or even schizoid personality disorder.

In the latter case, people with schizoid personality disorder, also classified as such in the DSM-5, show a dominant pattern of detachment in social relationships. When it comes to interpersonal contexts, these people have difficulty (or lack of interest) in expressing their emotions.

In other words, in schizoid personality disorder, it’s not just about being asocial – this trait includes other symptoms as well. For example, finding pleasure in little to no activities, showing little interest in having sexual experiences, not wanting or enjoying intimate relationships, almost always choosing solitary activities, and being indifferent to praise or criticism from others.

Two very different ways of being

As you can see, being asocial and being antisocial are two completely different things. While an asocial person shows a lack of motivation to take part in social interactions, as well as a preference for solitary activities, an antisocial person violates social norms, often in an aggressive way.

Moreover, in the case of antisocial individuals, it’s common to see them committing crimes, such as robberies. In fact, in an extreme case, someone with antisocial personality disorder may even commit murder. Thus, to better illustrate these two terms and make them easier to understand, let’s think of them this way. The antisocial being is your classic delinquent or thug; while the asocial being is a hermit who prefers to live in solitude.

However, an antisocial person can also be asocial, although not necessarily. What we’re trying to say is that these phenomena don’t have to appear together, but it can happen. What you must be clear about is that an antisocial person can be someone very sociable (far from asociality) and, nevertheless, violate the rights of others or social norms, which can also hinder their integration into society; which would also happen with the asocial person, though for clearly different reasons.

Criminal Psychology: Examining Criminal Behavior
In criminal psychology, experts determine how criminal behavior develops in a person's life. Find out more about how they do it in this article. Read more »
Link copied!
Interesting Articles
Personality Psychology
Respecting Personal Boundaries: Why Do Some People Ignore Them?