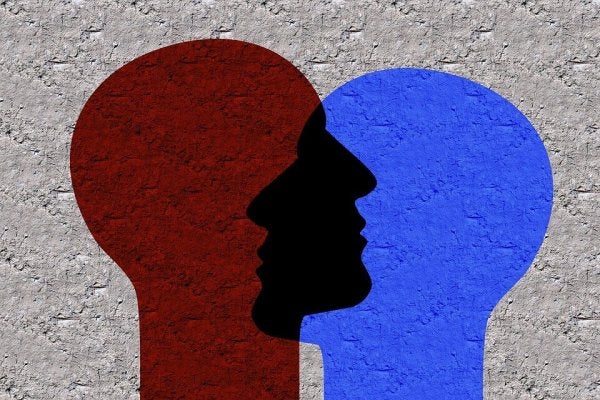 Gordon Allport (1897 – 1967) was a well-respected and influential American scholar in the psychology field. Allport came from a working family that valued health and education. This resulted in Allport developing a great interest in understanding human motivation, impulses, and personality, resulting in his trait theory of personality.

After getting his Harvard degree, Allport traveled to Vienna, Austria, where he met Sigmund Freud. This ended up shaping his career and his contributions to American psychology.

After meeting Freud, Allport returned to Harvard in order to obtain his Ph.D. in psychology.  Throughout his career, which spanned the first half of the 20th century, he made important contributions to psychology. Among his various contributions, there is one that stands out: his ideas on personality traits.

Allport told the story of his visit to Freud in his autobiographical book Pattern and Growth in Personality. To break the ice with Freud, Allport told him he had met a child on the train on his way to Vienna who was scared of getting dirty. The boy refused to sit near someone dirty, despite his mother’s reassuring words. Allport suggested the child had perhaps learned this phobia from his mother, a very clean and apparently dominant woman. After studying Allport for a minute, Freud asked, “And that little boy was you?”

Allport experienced Freud’s attempt to reduce this small portion of observed interaction to an unconscious episode of his own childhood. And it served him as a reminder that psychoanalysis seeks to delve deeper into the past and the unconscious mind, bypassing the supposed most important, conscious, and immediate aspects of experiences.

Although Allport never denied that unconscious and historical variables could play a relevant role in certain behaviors, his work always emphasized conscious and present motivations.

Some historical figures with strong cardinal traits are Abraham Lincoln for his honesty, Marques de Sade for his sadism, and Joan of Arc for her heroic self-service. People with such personalities are known for these traits and their names are often associated with these qualities. Allport suggested that cardinal traits are rare and tend to develop over the years.

When they’re present, cardinal traits shape the person, their self-concept, their emotional composition, their attitudes, and their behaviors.

According to Allport’s theory, each person has between 5 and 10 central traits. They’re present to varying degrees in each person. These include common traits such as intelligence, shyness, and honesty. Central traits are the main factors that determine most of our behaviors.

Secondary traits are sometimes related to attitudes or preferences. They’re dispositions that are significantly less generalized and relevant. They’re only seen in certain situations or under specific circumstances.

For example, a person whose cardinal trait is assertiveness may show signs of submission when the police stops them for speeding. This is just a situational trait that may or may not show up during other interpersonal encounters.

According to Allport, these secondary traits are difficult to detect because they’re stimulated by a narrower range of equivalent triggers.

Allport’s trait theory of personality isn’t directly based on empirical research, and this is its biggest Achilles heel. In fact, he published very little research to support his theory. However, in his first publication, he studied the central traits of 55 male college students with his brother, social psychologist Floyd Allport. After the investigation, they concluded that traits were measurable in most individuals. The main objective of this study was to develop a personality scale.

Another curious Gordon Allport initiative was to analyze a series of letters from a woman named Jenny Gove Masterson. Allport acquired and analyzed the 301 letters Jenny wrote to a married couple during the last eleven years of her life. 36 people were asked to characterize Jenny based on the traits they were able to identify.

After this study, Allport concluded that traits aren’t independent. In addition, in a given moment, the behaviors that motivate two certain traits can conflict. When that happens, hierarchy will make one trait impose over the other.

While several theorists agree that personality traits can describe people, there’s still a debate about the number of basic traits that make up the human personality. For example, Raymond Cattell reduced the number of observable traits from 4,000 to 171 and later to 16, combining certain characteristics and eliminating the most singular or difficult traits to define. In contrast, British psychologist Hans Eysenck developed a personality model based on just three traits.

Eysenck’s personality theory
Eysenck's personality theory is a cornerstone theory in the presonality field. It best explains why each person has their own personality. Read more »
Link copied!
Interesting Articles
Psychology
Concentration - How to Improve it With These Simple Tricks

Do you have problems with your concentration? Do you feel like your memory is failing you? Are you constantly confused…

Sooner or later we all do it: we realize that authentic intelligence lies in knowing how to adapt to changes…

Psychology
Resilience: Learning from Your Suffering

Psychologists and scientists all over the world have tried to understand how people integrate their experiences and reflect on them later.…

Psychology
Insecurity is the Root of Any Toxic Relationship

When we talk about toxic relationships, the first thing that might come to mind is poor emotional management. But in…