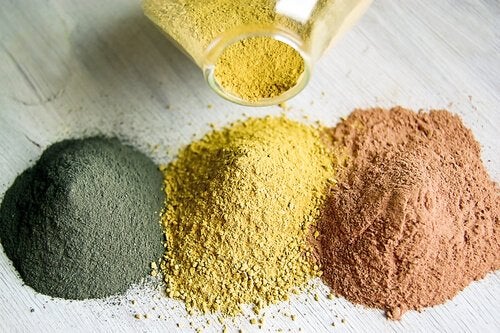 Geophagia is the practice of consuming baked clay. When people ingest this clay, they usually do it in small pieces or in powder form. Although there’s evidence that other countries consumed clay since the tenth century, Spain did so much later on. It became fashionable among the ladies of the court in the seventeenth century.

Historian Natacha Seseña specializes in the ethnographic field of pottery. She points out that this habit came to Spain through Moriscos. People cooked the mud, intensely red in color, and shaped it into small vessels or vases. Then, the ladies filled these vases with perfumed water. After consuming the clay and perfumed water, they swallowed the glass. These “delicacies” are imported from other countries like Portugal or Mexico.

The medicinal practice of eating clay has existed since ancient times. However, ingesting vases, or clay pots, in small pieces or in powder form is quite peculiar to some people.

There’s a lot of references on the consumption of vases and their properties in literature:

When it comes to paintings, the most significant reference is Velazquez’s painting, Las Meninas. It shows how infant Margarita is offered a vase that rests on a thin tray, possibly to refresh herself. This is exactly what people did at the time. Scholars who know a lot about this subject interpret the infant’s pale face as a symptom of being a person who habitually consumes clay.

Is there a purpose to eating clay?

In Spain’s Golden Age, beauty ideals demanded that women have a pale skin tone. The goal was to look almost sickly. Ingesting cooked clay causes chlorosis. This reduces the number of red blood cells in the blood, and consequently, makes our skin look paler.

Also, women actually used mud as a contraception method because it decreased or even eradicated menstrual flow. However, the hallucinogenic and narcotic effects of the various components of the vases made some women develop dependence. This made it very difficult to stop eating clay.

Does geophagia exist in the twenty-first century?

Although geophagia was most popular at that moment in history, some people still do it today. However, now the clay is administered in an internal way via oral ingestion. If people use it externally, they do it in the form of a poultice.

Nowadays, you can find powdered clay clean of all impurities and sand. This is because if the clay isn’t treated for consumption, it may contain elements such as lead or arsenic, which are very harmful to our health.

There are many different opinions on the subject of eating clay. Some support and some detract from clay consumption:

In conclusion, there are two valid sides to the debate. Is consuming clay harmful or beneficial? Is it healthy or does it cause addiction? Or is it just a trend that people participate in for “likes” and fame? If you’re interested in this new trend, it’s best to consult with your doctor before consuming clay without supervision in order to avoid any health problems.

5 Habits that Impoverish Your Mind
Today we want you to know that there are habits that impoverish your mind and should be stopped. Read more »
Link copied!
Interesting Articles
Cinema, Television, and Psychology
Take My Eyes: Portraying Gender Violence

Culture
5 Ways to Access Visionary Experiences According to Aldous Huxley

Huxley was the author of famous novel Brave New World. He was also a curious and restless man who was…