Abulia: A Common But Misunderstood Condition

Abulia involves more than apathy and a lack of motivation. Many people with abulia also suffer from depression. In other cases, some other kind of brain condition plays into the lack of energy and emotional weakness. 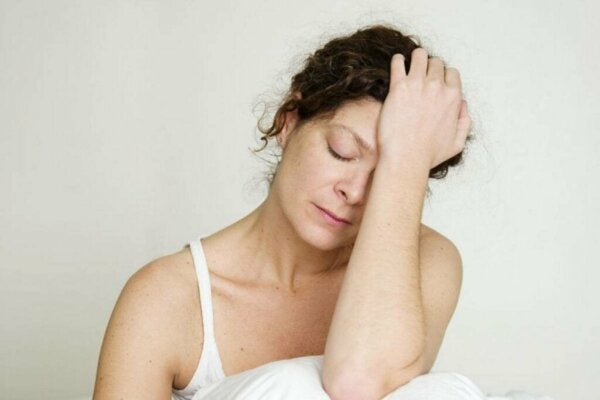 Lethargy is painful. You feel unmotivated and unenthusiastic and you can’t decide or do anything. It’s another kind of exhaustion, very different from what you feel after a long day at work. Abulia doesn’t occur because you’ve exerted a lot of physical effort. On the contrary, abulia sometimes even makes thinking difficult.

If you’re feeling this way, you often get suggestions from people around you to take a few days off, get some rest, and disconnect for a few days. Abulia doesn’t work that way, however. It’s a psychological condition that doesn’t allow you to understand happiness or find relief after getting ten hours of sleep.

Abulia is often confused with other similar terms such as anhedonia or asthenia. While it’s true that they all revolve around depression and sometimes manifest together, they each have their own unique properties.

Today, we’ll focus on the ins and outs of living with abulia.

Abulia – a pathological lack of motivation

Abulia literally means “without will”. It isn’t a mental disorder in and of itself but rather a symptom. The potential causes of this pathological lack of motivation are varied but all of them involve significant distress. From a medical standpoint, abulia is an alteration in motivation that’s often caused by a neurological issue.

We’ve all experienced lethargy and lack of motivation. However, they’re usually temporary and we move on without any long-term consequences. Some people experience these feelings more intensely. They might stop communicating with other people entirely and isolate themselves from everything and everyone. These are extreme examples. As with many conditions, there’s a spectrum of abulia. Some people have mild symptoms. However, for others, it causes painful pathological conditions that are damaging to the patient and those around them. Let’s take a closer look.

What are the symptoms of abulia?

As we mentioned above, abulia is more than apathy and a lack of desire to fulfill everyday obligations. It goes much deeper than that. Here are some of the symptoms it causes:

It’s especially important to be aware of these symptoms of abulia among children and the elderly. That’s because it’s easy to blame apathy and a lack of motivation on age and ignore any underlying problems. Abulia occurs in these demographics as well, and it’s important to figure out the root cause of the condition.

Treatment for abulia will always depend on the disorder or medical condition that’s causing it. A person with a brain injury won’t have the same needs as someone with major depression.

That being said, in many cases, prescription drugs are the treatment of choice. Studies such as this one conducted by Dr. Daniel A. Drubach and Gabriel Zeilig show the utility of carbidopa and levodopa to treat abulia symptoms. These drugs are effective because they boost dopamine production and are beneficial to the central nervous system.

In conclusion, abulia is a symptom that you shouldn’t ignore. If your lack of motivation and lethargy is limiting and persistent, you should get professional help.

Living without Desire – When Apathy Grabs You
Living without desire is a global reflection of apathy and demotivation for the present and the future. Even getting up every day becomes an ordeal. Read more »
Link copied!
Interesting Articles
Brain
The Somatic Nervous System: Characteristics and Functions