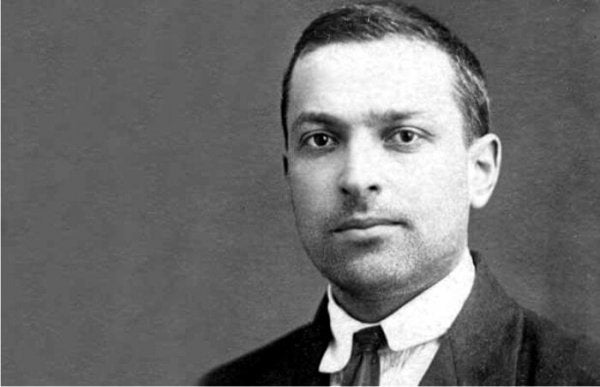 Vygotsky is almost the “Mozart” of developmental and educational psychology. Lev Semenovich Vygotsky (1896-1934) was an outstanding Belorussian psychologist and physician. He was also a pioneer in Soviet neuropsychology and development psychology theorist.

The things Vygotsky had to say were ignored for a very long time. But he never stopped defending one important idea: culture plays a very important role in the development of mental processes.

In fact, with hindsight we can say that his contributions were a real revolution, especially in the fertile territory shared by psychology and education. Much of Vygotsky’s research and words focused on:

The importance of social interaction

Social interaction is the origin and engine of learning.

He says learning would be a way to appropriate the available cultural inheritance. It’s not just a process of individual assimilation.

Vygotsky explains that human learning presupposes a certain social nature. That is, it’s a process through which children access what’s going on in other people’s brains.

The value of thought for comprehension

With language, we have a way to affirm or deny things. This implies that an individual has an awareness of what he is and can act of his own free will.

Language and thought have different origins, but thought is verbalized and speech becomes rational.

Specifically, the language of children is social and external, but slowly it is internalized. The cognitive development of children happens through informal and formal conversations with adults. Children begin to perceive the world through their eyes, but also through their speech.

The abandonment of imitation

As we develop, we stop simply imitating the behavior of others or reacting automatically when faced with external stimuli.

A child feeds off of his environment, like a sponge. As we get older, we keep imitating and reacting to the environment but more in terms of our schemes and values.

The relationship between words and thoughts

A word void of thought is a dead thing, the same way that a thought not accompanied by words remains in the shadows.

A thought can be compared to a cloud that rains words. Language is the main vehicle of interaction, and it is a determining factor in development of the mind. Language is essential for thought.

The definition of knowledge

Knowledge is the product of the interaction between an individual and the environment, understanding such as something social and cultural, not just physical.

All of superior psychological processes (communication, language, reasoning, etc) are acquired first in a social context. Later, they are internalized on an individual level. In essence, there is no better learning than that which confers experience and its own critical judgement.

The teacher as a facilitator

The teacher should play the role of facilitator, not of a provider of content.

A student makes his own way, and the teacher accompanies him. What a child can do with help today, he will be able to do by himself tomorrow.

According to Vygotsky, learning is like a tower. You have to build it step by step. It is very closely linked to proximal development, social constructionism and the concept of scaffolding.

We become ourselves through everyone else.

Vygotsky thought that only social adaptation could truly satisfy a need. Let’s remember that culture determines a great part of our needs. A mind cannot be independent of the culture it is in. In this sense, we are social beings, not isolated individuals.

Vygotsky talks about complex psychological functions, like dialogue. He sees them as very valuable for problem-solving. His philosophy, with its positive nature, deep down is an attempt to underline the importance of our surroundings. The power these surroundings have on our development, too.

We are constantly changing, and culture and experience are our two main compasses in life.

Education is power. It's the most powerful weapon you can possess. In fact, it makes you who you are. That's why experts recently recognized that emotional intelligence should be taught…