4 Films That Will Touch Your Heart 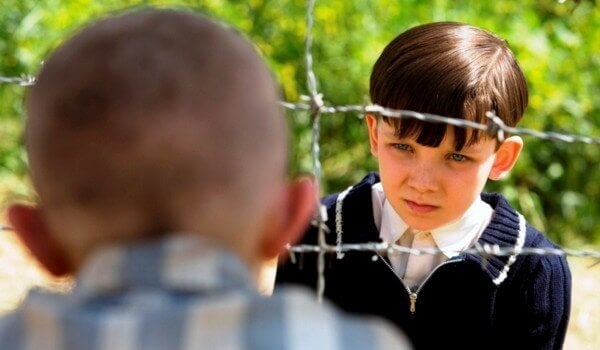 Movies can be a helpful tool for developing our emotional intelligence. Why? Movies can transmit precious life lessons that go straight to the heart. And all while we can be enjoying ourselves with our loved ones or disconnecting from our routine.

As a die-hard movie lover of those emotional scenes, I would love to share the four best and most moving films with you, whose stories focus on brotherly love and the power of friendship.

All these films tell a story of profound human transformation, where the characters exude generosity and are able to break all the barriers in order to enter the world of those around them. And this helps them fulfill their wishes and their biggest dreams.

“True actors are that indomitable group that interprets the desires and fantasies of the collective unconscious.”

The plot of this film is based on a story by Stephen King. Andrew Dufresne, vice president of a major bank in the United States, goes to jail for an alleged murder. Driven by jealousy, Andy had killed his wife when he found her in bed with her lover.

During his time in prison he meets Ellis”Red” Boyd, who becomes his best friend. Both change the reign of terror under which the jail operates and enjoy dreaming together about their freedom. Shawshank Redemption is a beautiful story of friendship, dreams and hope.

John and Jenny Grogan get married, beginning their lives as a married couple with the all of the hope and unconditional love that stems from this stage. When Jenny tells John one day about her desire to become a mother, he decides to give her a Labrador puppy to distract her because of his uncertainty and to postpone the decision to have a child.

As time passes, the couple live with and enjoy Marley, the puppy who slowly realizes the importance of her presence in their lives. They finally have three children, move to a new house and Marley is always present in all the important moments of the family, occupying a great place in the heart of each of the family members.

This is a true story of friendship. If you have or have had a dog, you’ll be able to empathize completely with this story and if not, you’ll want to adopt one.

The Boy In The Striped Pajamas

A story set during World War II, The Boy In The Striped Pajamas is a terrible yet beautiful story of friendship. Bruno, the son of a senior Nazi official in Germany, discovers that near his house is a fence behind which he meets a boy wearing striped pajamas.

Bruno gets closer to meet him, not knowing that this wiring surrounds the concentration camp at Auschwitz and that the child is a son of Jewish prisoners there. Samual, the Jewish child, and Bruno become good friends.

Every day they jump the fence to play, ignoring the horrors of war and problems of the world which separate them into two completely different worlds.

The film is about Billy, an 11 year-old English boy who lives in a suburb with his mother and his father, a worker participating in UK miners strikes  in 1985.

One day, Billy discovers that what he really loves in life is ballet. Against his father’s will and despite his problematic life situation and limited resources, he struggles to carry out his dream and becomes a professional dancer.

This is a story where the father must constantly put himself in his son’s shoes by changing his prejudices and supporting him for all the love they share.

We hope the next time you want to see or enjoy some movies and are willing to make your heart shine that you use these wonderful stories.

“Accept the situation in which you find yourself and everything will be much easier.”

The Boy In The Striped Pajamas-