3 Reasons Not to Solve Other People's Problems 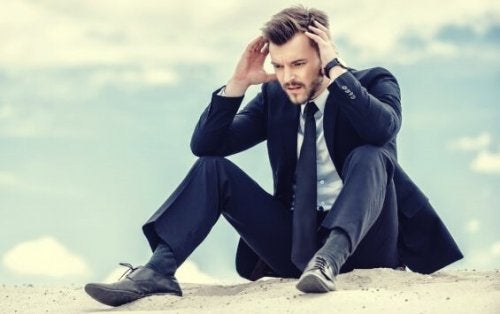 Helping others is not as positive as it may seem. Yes, you’re simply trying to fill a shortcoming or help them avoid suffering. However, you shouldn’t solve other people’s problems because you end up hurting them.

Neither deprivation nor suffering are intrinsically negative. In fact, we often find our inner strength through dissatisfaction and pain. Therefore, you shouldn’t solve other people’s problems because you’re getting in the way of their personal growth.

The only reason why you should solve someone else’s problem is if they’re physically or mentally unable to do it on their own. This would be the case with children or people who have some type of impairment that makes them dependent on others. You shouldn’t do it in all other cases because you cause them to lose a great deal. Let’s look at three reasons why you shouldn’t solve other people’s problems.

1. You inhibit their resilience and ingenuity

We’re not born with the ability to solve problems and find solutions. We learn and develop this with practice. This ability has cognitive aspects as well as those that arise from emotion and attitude. This means that humans can’t achieve this overnight!

The only way to develop the ability to solve problems is to face them. Yes, it’s obviously much more comfortable for someone to do it for you. But this makes you be more insecure and dependent.

You shouldn’t solve other people’s problems because you limit the development of their ingenuity and resilience. These qualities are very important to our survival. They allow us to fly instead of being tied down.

2. It hinders growth and fosters dependence

This aspect is very closely related to the first one. What happens when someone has another person who always gets them out of trouble? They simply don’t grow nor evolve. They stay intellectually immature. Their emotions, feelings, and behaviors don’t develop either.

This has a series of consequences. First of all, people who don’t solve their own problems often become temperamental and demanding. In fact, they may not appreciate the support they’re given because they feel like it’s your duty to help them.

Since they’re spoiled in such a way, they don’t learn how to earn things with their own effort. Having to put in the work may even be uncomfortable for them. This just creates a selfish, inconsiderate person. This is yet another reason why you shouldn’t solve other people’s problems.

This is one of the main reasons you shouldn’t solve other people’s problems. What makes you think you know what’s best for them? You see the world and problems through your own eyes. However, other people have different perspectives.

What’s good for one person may not be good for another. Everyone must take their own path. This path should satisfy you and allow you to become the best person you can be. However, this is something no one else can do for you. It’s impossible to completely fill someone else’s shoes.

Sometimes, the best intentions lead to the worse damage. No one has the right to impose their solutions to someone else’s problem. It might introduce new problems or aggravate what’s already there.

Solving other people’s problems is not a good idea because they will end up not trusting their own abilities. If you want to help, offer your support but allow them to make their own decisions and create their own destiny.

Externalization: A Way to Get Away from Your Problems
Often people need help to deal with the problems or symptoms they experience. They can go to therapy for this. There, one of the most used techniques is externalization, which we will talk about today. Read more »
Link copied!
Interesting Articles
Literature and Psychology
Five Sayings of Miguel de Unamuno

Culture
Marilyn Monroe: The Psychological Portrait of a Broken Doll

From a tragic death, a myth was born. It's important to remember that during Marilyn's times, the media wasn't nearly as intrusive…

Culture
The Secret of the Golden Flower: A Book on Meditation

The Secret of the Golden Flower is a book on meditation and Chinese alchemy. Richard Wilhelm translated the classic while…