Words Aren't Blown Away by the Wind 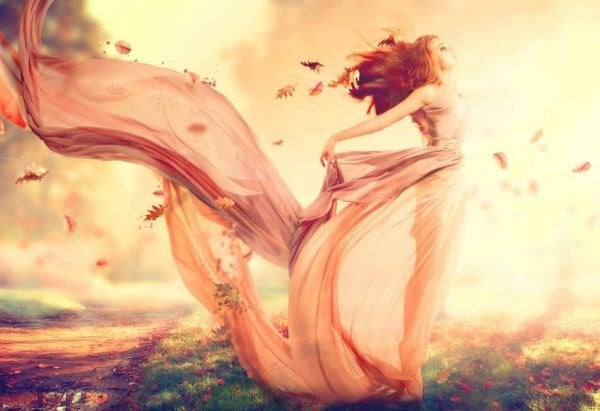 It’s true that sometimes our memory fails us, but to say that it doesn’t exist is a big leap. A leap that isn’t lacking in importance. Sometimes it serves as a fertile terrain for those who want to shrug off certain commitments. Thanks to these opportunists, there’s the expression “words aren’t easily blown away by the wind.”

What this metaphor really says, deep down, is that what you say, but don’t write down on paper and sign, has less value than the shriveled yellowed leaves that fall from the trees in autumn. Maybe in the legal field that may be true. But in the personal sphere, life doesn’t work that way.

Will he go through with his promise?

As we said in the beginning, we have a memory that sometimes skips a beat. But, we have one nonetheless. It is here where all the personal commitments we acquire are recorded, and the ones others acquire from us. When your sister commits to picking up the kids, she doesn’t sign any legal document to corroborate that. She simply says that she’ll go. She gives us her word, which is backed up by her identity.

Thus, she becomes linked to her word. Something which, in theory, should be of greater value in human relationships than a name jotted down in a simple form of rubric. We’ll rely on that word based on the number of times they have come through in the past. And we will especially take into account the times that had a similar cost for that person.

How can I know?

That is to say, if you know that your sister didn’t have plans that afternoon, nor is it likely that any will come up, you should try to find situations in which she also committed to something that had a low cost for her. Once found, use them to guess whether she will follow through or not.

On the other hand, if she lives far away, and you know that she had an activity she likes planned for that afternoon and which could interfere in the schedule, reference the times you remember she upheld a promise that had a high cost. This way, you could also use these references to guess whether she will come through or not.

For this guess or estimation, you usually also evaluate other factors, such as the possible motivations to acquire that compromise. She might love children and sees the time she spends with her nephews as moments of joy and delight. This will without a doubt lower the cost of the commitment. On the contrary, the cost would increase if she doesn’t enjoy the company of her nephews or, even more, hates it.

Finally, the increase of the cost doesn’t have to necessarily increase the probabilities that someone will uphold their word. There are certain people that for different motives, such as to seem generous, may respond to commitments of high cost. On the other hand, they might not do so in the face of low-cost commitments.

Words that harm, words that give strength

There are other types of words which are difficult for the wind to blow away from our memory. The ones that people we love have said to us, which truly harm our feelings. We might understand that they were said in a moment of frustration. Later on, we even understood that they didn’t mean them. But, it is not so easy to erase them from your memory. Much unlike the wind can easily blow away the leaves that fall from the autumn trees.

The problem is that these words are registered along with a deep emotional imprint.  Furthermore, our memory tends to not forget the things that cause this kind of deep imprints. There’s an exception. When the event exceeds our ability to emotionally assimilate and cover up the memory. Therefore, it causes dissociative amnesia.

However, even with this type of amnesia, the individual could have feelings of rejection towards the person that harmed them..Even though they might not understand or know why. This way the words we utter aren’t innocuous elements thrown into the air. Nor are they written with ink that’s easy to wipe away. To the contrary, our words are elements which influence us and might not ever be erased.

Finally, let’s point out one last important fact. Although, it is a topic which could require a whole book. The words we receive leave an imprint in us, but the ones we say also do. Just as we have talked about a deep harm caused by the words we hear. The ones we say could also leave us with very intense feelings. For example, guilt (one the negative end) or pride (on the positive end). Hence, no, words aren’t simply blown away by the wind. Some can’t even be carried away by a hurricane.

Generous people don't close for the holidays or have office hours. Nobody rewards them for what they do, and they don't…

Brain power needs to be taken care of to prevent it from deteriorating. With the additional problem being that it is…

Psychology
Overcoming Your Fear of Abandonment

Overcoming your fear of abandonment and achieving self-sufficiency is no easy task. However, it's possible as long as you recognize how…