Several studies have aimed to unravel the mysteries of delta waves. Read on to learn more! 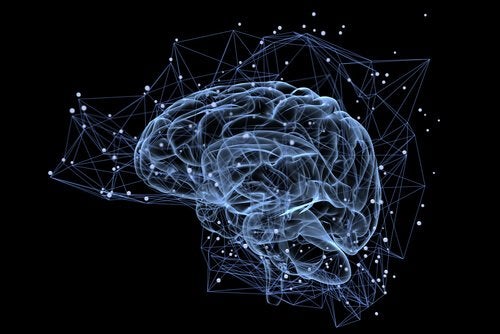 Brain delta waves are mysterious and fascinating. Grey Walter discovered they existed back in the early 20th century. These waves have a frequency that ranges between 0 and 4 Hz and they’re the slowest of all brain waves. Also, they’re associated with well-being and inner peace.

Scientists still don’t know much about delta waves. These waves are incredibly curious, precisely because they’re present in states of extreme calmness. However, experts know little to nothing about how they work.

All the data available to date suggests that delta waves have little to do with consciousness, meaning that they’re never present during conscious states. At first, they manifest in the deepest sleep stages, which are those in which you’re not yet dreaming.

Research has revealed that these brain waves are present in deep meditation states as well. Through lab monitoring, it’s clear that deep relaxation states make these waves emerge.

Furthermore, it’s surprising that these are the predominant brain waves in a fetus inside the uterus. They’re present until a baby turns one. Scientists speculate that this is the result of a brain mechanism that helps the newborn stay calm amid environmental stimuli.

The Effects of Delta Waves

To date, some studies have demonstrated that delta waves are closely related to the deepest calm states. However, that’s not their only effect.

There’s evidence to support that they also affect other processes, such as:

The American Headache Society has published several studies on the topic. In some of them, experts refer to the fact that the production of delta brain waves is an important factor when it comes to migraines. Seemingly, the more your brain produces delta waves, the less likely you are to suffer from migraines.

Also, another study by Wanee Rojviroj found a strong link between brain waves and stress. In this particular study, Rojviroj concludes that delta waves induce relaxation. That’s why scientists suspect these waves play a role in serotonin and melatonin release. This, however, hasn’t yet been proven.

The natural way of getting your brain to produce delta waves is deep sleep. That’s why psychology always highlights the importance of sleep hygiene. Another way of producing these waves is through meditation techniques.

Brain Waves: Delta, Theta, Alpha and Gamma
There are 5 kinds of brain waves and they work almost like musical notes. Some are low frequencies, others are high frequencies. Together they have the power to create harmony. Read more »

Link copied!
Interesting Articles
Brain
Why Do We Confuse Left and Right?